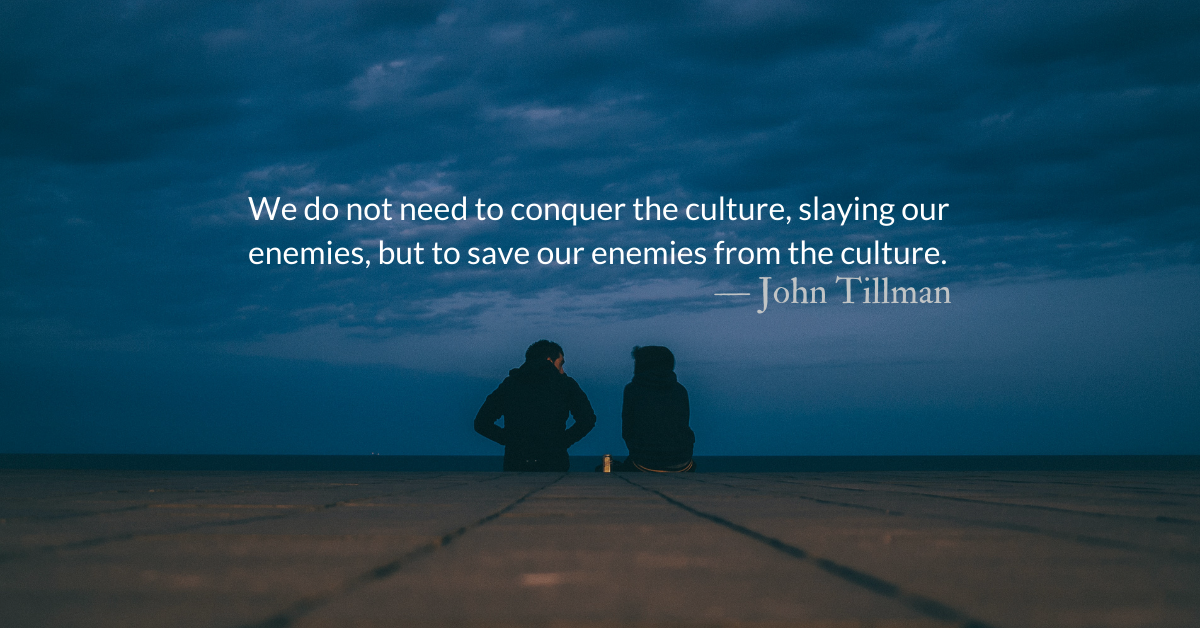 Neither Aggression nor Assimilation

Scripture Focus: Genesis 34.20-23
20 So Hamor and his son Shechem went to the gate of their city to speak to the men of their city. 21 “These men are friendly toward us,” they said. “Let them live in our land and trade in it; the land has plenty of room for them. We can marry their daughters and they can marry ours. 22 But the men will agree to live with us as one people only on the condition that our males be circumcised, as they themselves are. 23 Won’t their livestock, their property and all their other animals become ours? So let us agree to their terms, and they will settle among us.”

Reflection: Neither Aggression nor Assimilation
By John Tillman

To their faces, Shechem and his son, Hamor, talk to Jacob’s family about unity and “love.” They want to be one people. However, Shechem and Hamor reveal to the leaders of their city a deceitful plan that is less unity than uniformity. It is less cooperation and more assimilation.

It is their intention to absorb Jacob and his family into their own land, their own traditions, their own people. What they want is for Israel’s family to lose their identity and uniqueness. They expect them to give up their God, their customs, their beliefs, and their property. All of this brought about by “rape.”

There is no Hebrew word for “rape.” The euphemism, lie down, is used for sexual contact of any kind, including consensual or marital sex. However, the word, took, carries the hint of violence. It is sometimes translated married but literally means carry away or take and carry. It is often used for inanimate objects or prisoners of war. This same word describes the “sons of God” taking the daughters of men. (Genesis 6.1-2) This same word describes Lamech, the first sinful polygamist of the Bible, taking two wives, Adah and Zillah. (Genesis 4.19-24)

The anger Jacob’s sons feel about what has happened to Dinah comes from their identity. They consider it something that is “outrageous in Israel” and “should not be done.” (Genesis 34.7) Even though they are, in reality, only a large family at this time, they already think of themselves as a distinct people—a nation set apart.

It is a mistake when viewing conflicts such as this one to assume that either Jacob is acting righteously or Levi and Simeon are. In truth, none are righteous. Both aggression and assimilation are a capitulation to culture.

We can’t be “one people” (Genesis 34.16) with everyone but we can live at peace with them. We don’t have to capitulate to culture like Jacob but we mustn’t resort to deception or violence like the brothers. Instead, we can live peacefully according to God’s standards, whether or not the surrounding rulers agree with us. We do not need to conquer the culture, slaying our enemies, but to save our enemies from the culture.

By peaceful loving actions, we can call others to join us as people who are distinct on the face of the earth. We can maintain our holiness and identity, holding up an example, allowing them to be drawn to us and to the gospel.

Divine Hours Prayer: The Refrain for the Morning Lessons
I will bear witness that the Lord is righteous; I will praise the Name of the Lord Most High. — Psalm 7.18

Read more about Commenting in Community
Many people don’t mind attaching their identities to noxious ideas, lies, exaggerations, hurtful and mean-spirited memes, name-calling, and desperate pandering to the powerful.

Read more about Resisting Culture’s Mold
Leah and Rachel are set against one another…They allow this cultural pressure to press them into a combative mold.