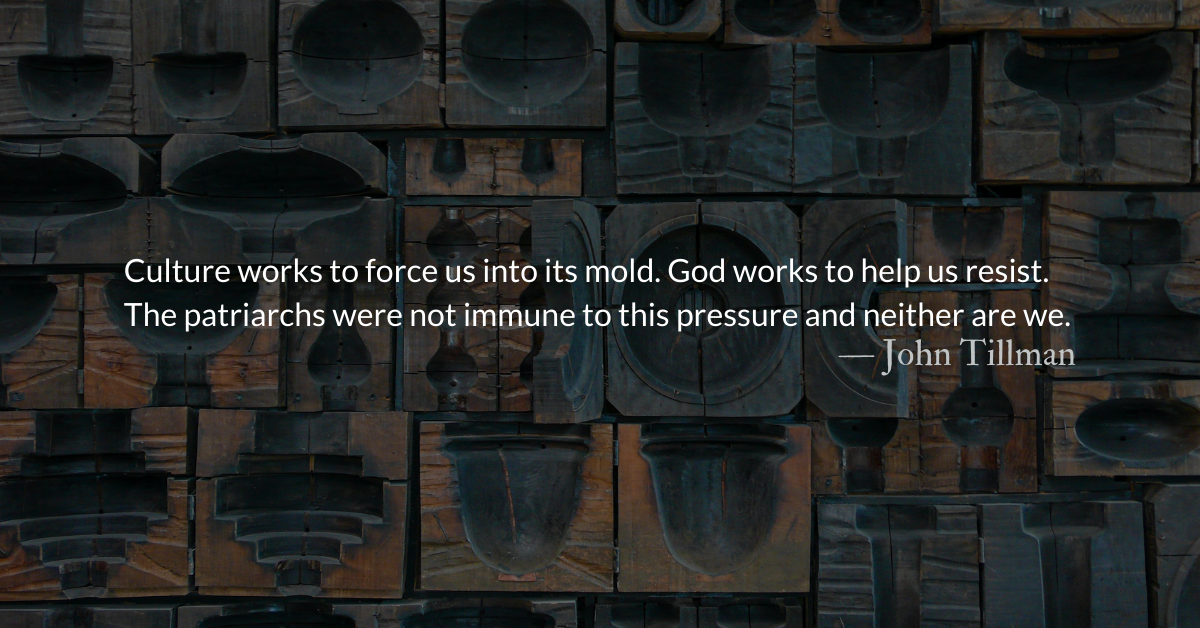 Scripture Focus: Genesis 30-19-20
19 Leah conceived again and bore Jacob a sixth son. 20 Then Leah said, “God has presented me with a precious gift. This time my husband will treat me with honor, because I have borne him six sons.” So she named him Zebulun.

Laban’s daughters both recognize that they have been badly treated. The women describe their marriages as being “sold” like foreigners. (Genesis 31.14-15)

Leah, in particular, was dehumanized by her experience. Laban sold her like overstocked inventory that had to be cleared off the shelf to make room for the new. (Genesis 29.25-28)

Despite this, Leah continued to believe that fulfilling culture’s expectations of womanhood would bring her love and honor. She even resorted to purchasing sexual attention from Jacob, treating him (and her children) as mere tools in her war with her sister.

The powerful often stay that way by setting groups that are less powerful against one another. Leah and Rachel are set against one another by their culture and family environment. They allow this cultural pressure to press them into a combative mold.

Our culture is not as “modern” in its morality as it thinks it is. Weaponized sexuality is not new. It is only the methods of weaponization that are new. Not only are women set against one another, but women against unborn children, and minorities against other minorities.

The cultural marriage norms followed by the patriarchs and passed down by Moses were condemned by Jesus as being the result not of God’s will but of men’s hard hearts. (Matthew 19:3-12) By contrast, God tenderly saw Leah was not loved and blessed her with children. (God sees all of those struggling amidst injustice.) God’s blessing was more than pity, but a tangible means to power and influence. (Genesis 29.31-32)

Culture works to force us into its mold. God works to help us resist. The patriarchs were not immune to this pressure and neither are we. Just because our culture isn’t pressing us into the mold of polygamy, doesn’t mean that there is no mold or no pressure to conform.

Culture’s pressure comes with a false promise that, if we just submit to the mold, there will be peace. But, we can see from Leah’s example, that is false. Even though God worked within this sinful cultural practice to accomplish good purposes, Leah never received the love or respect she deserved.

Whatever hard-hearted cultural “solutions” we are pressured toward that are not of God, we must resist. Instead of being combative toward one another, we must be compassionate. God sees our struggle. We must never define our marriages, our sexuality, our politics, or anything else by culture’s mold.

Divine Hours Prayer: The Request for Presence
Show me your marvelous loving-kindness, O Savior of those who take refuge at your right hand from those who rise up against them.
Keep me as the apple of your eye; hide me under the shadow of your wings. — Psalm 17.7-8

Read more about Cringing at Culture or at Christ?
When we don’t understand biblical culture, we tend to assume that our culture is better. This is always the wrong lesson. Always.