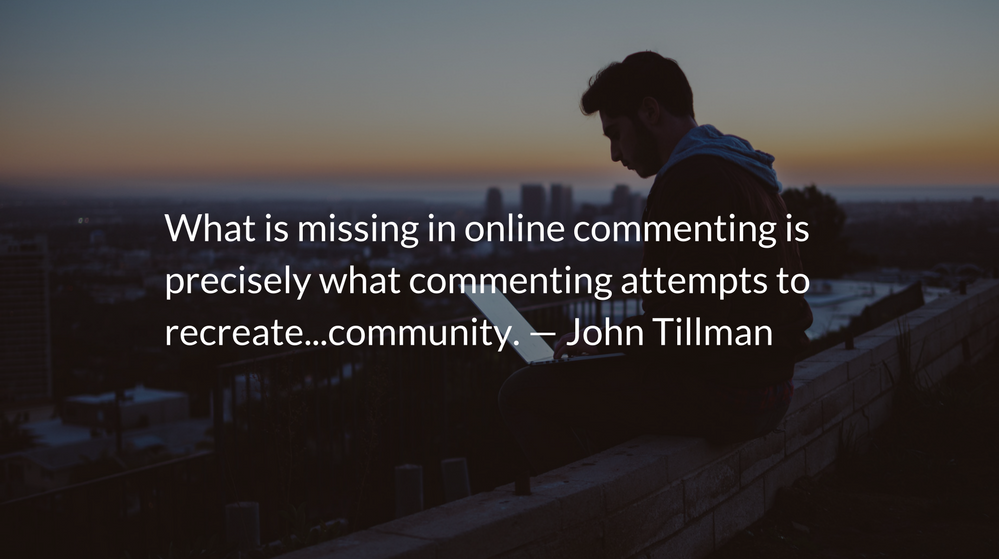 It is certain that nothing is more threatening, nor more often fatal, to Christian societies, than the contentions and divisions of their members. By these wounds the life and soul of religion expire. — Matthew Henry (1672-1714)

When Paul wrote, “Accept the one whose faith is weak, without quarreling over disputable matters,” one might imagine that he had a vision of modern Facebook comment squabbles. But in truth, the Holy Spirit was revealing not the future, but a current and eternal, deeply ingrained, sinful, broken need that we have to dominate and control others.

Writing for The New Yorker in 2013, Maria Konnikova discussed Popular Science’s justification for discontinuing comments on its site: “Internet comments…lead to a culture of aggression and mockery that hinders substantive discourse.” Popular Science eliminated comments completely and many sites disabled anonymous comments.

The consensus seemed to be that commenters using their real identities and names would be more civil, less brutal, less confrontational. Boy, were we wrong.

One of Facebook’s uniquenesses from its inception was that you were never anonymous—you used your real name. But Facebook comments through recent elections and conflicts have revealed that we don’t need to be anonymous to be as nasty as we want to be to each other. It seems many people don’t mind attaching their identities to noxious ideas, lies, exaggerations, hurtful and mean-spirited memes, name-calling, and desperate pandering to the powerful.

Whether online or in person, Christians have a greater identity than our own to represent and a greater power to be accountable to than a forum or group moderator. It doesn’t matter how many upvotes or likes we get from comments if we misrepresent the Spirit of Christ.

What is missing in online commenting is precisely what commenting attempts to recreate—community. In community, we have relational equity to push for change without being pushy. Our comments in community may be corrective while still being loving, and supportive without giving license to sin.

We can work together to sort out what we hold as sacred, as long as we remember that our fellow believers are held sacred by Christ through his sacrifice.

The Call to Prayer
Open my lips, O Lord, and my mouth shall proclaim your praise — Psalm 51.16