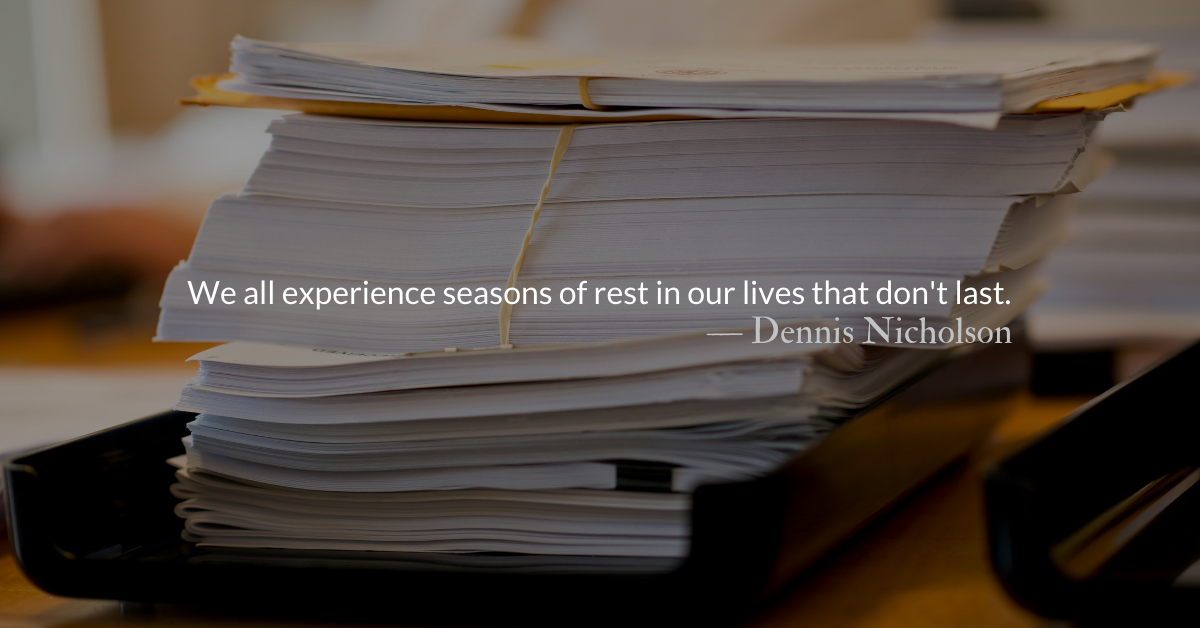 Scripture Focus: Joshua 11.23
So Joshua took the entire land, just as the Lord had directed Moses, and he gave it as an inheritance to Israel according to their tribal divisions. Then the land had rest from war.

Joshua’s conquests in the Promised Land have reached their end. After more than four hundred years of slavery and forty years of exodus, the weary Israelites finally receive relief from conflict. They finally enter into the rest which God promised to give them (Deuteronomy 12:9; Joshua 1:13).

This rest doesn’t last very long, though. Indeed, Joshua’s campaigns secured only the largest cities in the Promised Land (Joshua 11.12). And even when the Israelite tribes do secure full control over the land, they fail to drive out its pagan inhabitants. Enticed by pagan religion, they begin to serve other gods and their disobedience drives them into the hands of their enemies time and time again (Judges 2.14).

For one, the Israelites’ fleeting rest points to their insufficiency. As we read in Hebrews, “If Joshua had given them rest, God would not have spoken later about another day” (Hebrews 4.8). Even Joshua, who acted in full obedience to God in his conquest of the land, could not secure lasting rest for the Israelites. On their own, they could never enter into God’s rest.

And, if we’re being honest, we find in ourselves a similar insufficiency. Enticed by our own idols, we fall captive to sin, alienated from God’s presence by our disobedience. On our own, we can never enter into God’s rest.

Only Christ, who acted in full obedience to His Father’s will in His death on the cross (Matthew 11.28; Ephesians 2.14), can secure everlasting rest for us.

We all experience seasons of rest in our lives that don’t last. We might not be fighting for the Promised Land, but we fight daily against sin and temptation. As we long for rest amidst these battles may we remember that, despite our disobedience, Christ has won the victory. May we lay down our weapons and pick up his cross. May we come to him, as weary wanderers in the desert, and receive His eternal rest.

Divine Hours Prayer: The Refrain for the Morning Lessons
Help me, O Lord my God; save me for your mercy’s sake. — Psalm 109.25

Read more about Transcendent Peace and Rest
Trust and enter his rest. Carry his peace with you always.