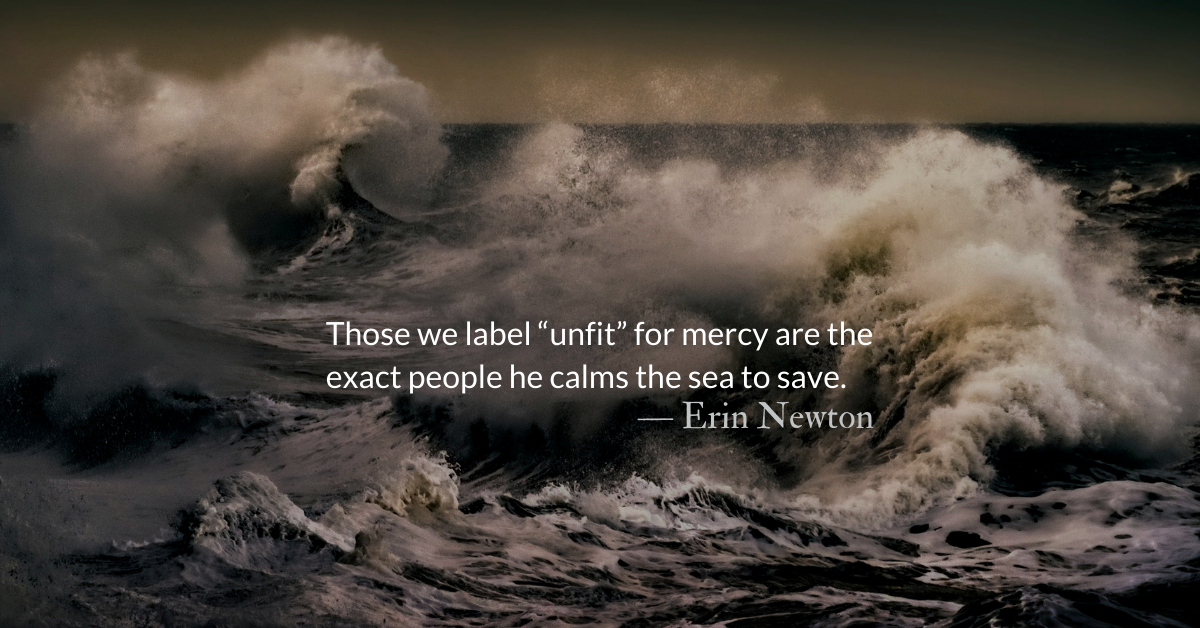 Scripture Focus: Jonah 1.4-6
4 Then the Lord sent a great wind on the sea, and such a violent storm arose that the ship threatened to break up. 5 All the sailors were afraid and each cried out to his own god. And they threw the cargo into the sea to lighten the ship.
But Jonah had gone below deck, where he lay down and fell into a deep sleep. 6 The captain went to him and said, “How can you sleep? Get up and call on your god! Maybe he will take notice of us so that we will not perish.”

Matthew 8.24-26
24 Suddenly a furious storm came up on the lake, so that the waves swept over the boat. But Jesus was sleeping. 25 The disciples went and woke him, saying, “Lord, save us! We’re going to drown!”
26 He replied, “You of little faith, why are you so afraid?” Then he got up and rebuked the winds and the waves, and it was completely calm.

Jonah is the story of the “scandal of God’s mercy” (William Brown). As a prophet during the reign of Jeroboam II, Jonah was sent to Nineveh to preach repentance. The Assyrian kingdom was notorious for their warfare and ruthless tactics. Ancient depictions from statues and reliefs show actions that would be considered war crimes today. It is no wonder Jonah wished for their judgment rather than their repentance.

On his path to avoid bringing peace to his enemy, Jonah finds himself aboard a ship tossed about by the chaotic sea. Turbulent waters are referenced on a number of occasions to highlight the presence of unrestrained chaos, threatening uncertainty, and the frailty of humanity. God let loose the waves around Jonah’s boat and the people were terrified. Jonah is fast asleep, oblivious to the threats and pleas of the crew around him. When he is woken up, they beg him to join in praying to any deity who will save them from their peril.

The mercy of God is shown in the calming of the storm once Jonah is thrown into the sea. The prophet, a unique chosen person by God, should have been the blessed recipient of God’s grace. Instead, he is swallowed by a fish entering into days of darkness (perhaps even death). The sailors, on the other hand, experience the immediate relief of chaos.

Another man was found sleeping in a boat during a violent storm at sea. When Jesus’ disciples were filled with terror at the possibility of their boat capsizing and drowning at sea, they made similar pleas as we see in Jonah 1. With a word, the waves are restrained and the waters are stilled. Jesus is not thrown overboard but would soon enter into days of darkness and death. This “sign of Jonah” would bring salvation to the enemies of God.

While the book of Jonah highlights the reluctance of a prophet to bring good news to a people he considered unworthy, the larger message is the scope of God’s mercy. It is a story about how we all wish to see vengeance and justice in our time. Yet, if we read the story with eyes focused only on humanity, we miss the far more important truth about God. He loves those we find repulsive. Those we label “unfit” for mercy are the exact people he calms the sea to save.

Read more about The Sign of Jonah and The Cross
Jonah’s emotional path is like a photo negative of Christ’s.

Read more about Prayer for Older Brothers
God, your mercy is a mystery to me.
I see the sins of others and I am scandalized.
How could such a one be accepted?