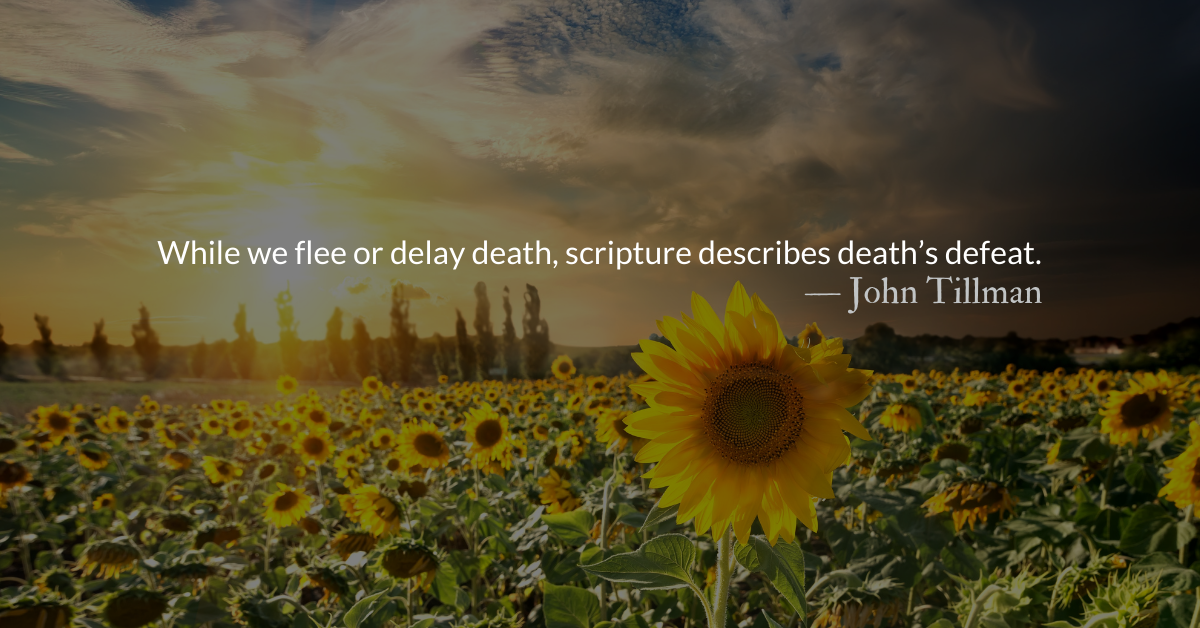 The Broken Power of Death

Scripture Focus: Hosea 13.14
14 “I will deliver this people from the power of the grave;
I will redeem them from death.
Where, O death, are your plagues?
Where, O grave, is your destruction?

Psalm 146.3-5
3 Do not put your trust in princes,
in human beings, who cannot save.
4 When their spirit departs, they return to the ground;
on that very day their plans come to nothing.
5 Blessed are those whose help is the God of Jacob,
whose hope is in the Lord their God.

Isaiah 25.8
8 he will swallow up death forever. The Sovereign LORD will wipe away the tears from all faces; he will remove his people’s disgrace from all the earth. The LORD has spoken.

1 Corinthians 15.54-56
54 When the perishable has been clothed with the imperishable, and the mortal with immortality, then the saying that is written will come true: “Death has been swallowed up in victory.”

56 The sting of death is sin, and the power of sin is the law. 57 But thanks be to God! He gives us the victory through our Lord Jesus Christ.

Reflection: The Broken Power of Death
By John Tillman

Hosea and Isaiah’s ministries overlapped and their writing echoes each other. Paul paraphrases their promises of resurrection into one of his brightest, most hopeful refrains. This chorus of hope comes most directly from one of the darkest chapters of Hosea.Rather than rely upon God, Israel and Judah had turned to political alliances and the gods those allies worshiped. But these “princes” would soon commit atrocities. These sound eerily familiar to ones committed by today’s powerful countries who bomb maternity wards and civilian evacuation corridors.

Death is not only dispensed at the whim of greedy empires but is carried on the wings of disease and aging. What hope can we have against death? This question is common to the people of Israel and Judah in Isaiah and Hosea’s day, to downtrodden outcasts under Rome’s rule, and to those targeted by empires and dictators today.

The poor and the powerless are overrun by death. They have no defenses and little strength to resist or slow its advance. They are helpless.

Wealth and power do much to extend life. The wealthy can easily flee conflict and the powerful are welcomed to new countries rather than crammed into inhumane camps. Experimental and expensive life-saving and life-extending medical treatments are common among the powerful. Absent these extreme examples, even simple, quality of life differences add years to the lives of the wealthy. However, in the end, the rich, the powerful, and the poor all die. The teacher of Ecclesiastes would call these efforts meaningless or absurd. (Ecclesiastes 3:19)

To the unbelieving world, for whom mortal life is all there is, death is ultimate. It is the worst thing that can happen to a person and there is no remedy.

Death is not the worst thing that can happen to us and it does not have the final word in our lives but that does not mean we should not grieve it. Lazarus was only four days in the grave, yet Jesus wept. (John 11.35) We weep and mourn death, but not without hope. (1 Thessalonians 4.13)

While we flee or delay death, scripture describes death’s defeat. God promises the grave will not be our final destination. We will only pass through and when we leave, we will be led by Christ himself. For those in Christ, death is a toothless predator, a limbless wrestler, who cannot hold us down for long.

Death which swallows all, will be swallowed up.

Divine Hours Prayer: The Short Verse
“I am the Alpha and the Omega” says the Lord God, “who is, who was, and who is to come, the Almighty.” — Revelation 1.8

Read more about Stealing Death’s Sting
Untie our grave clothes and strip us of the trappings of this world.
Let us walk into the light and follow your loving voice.