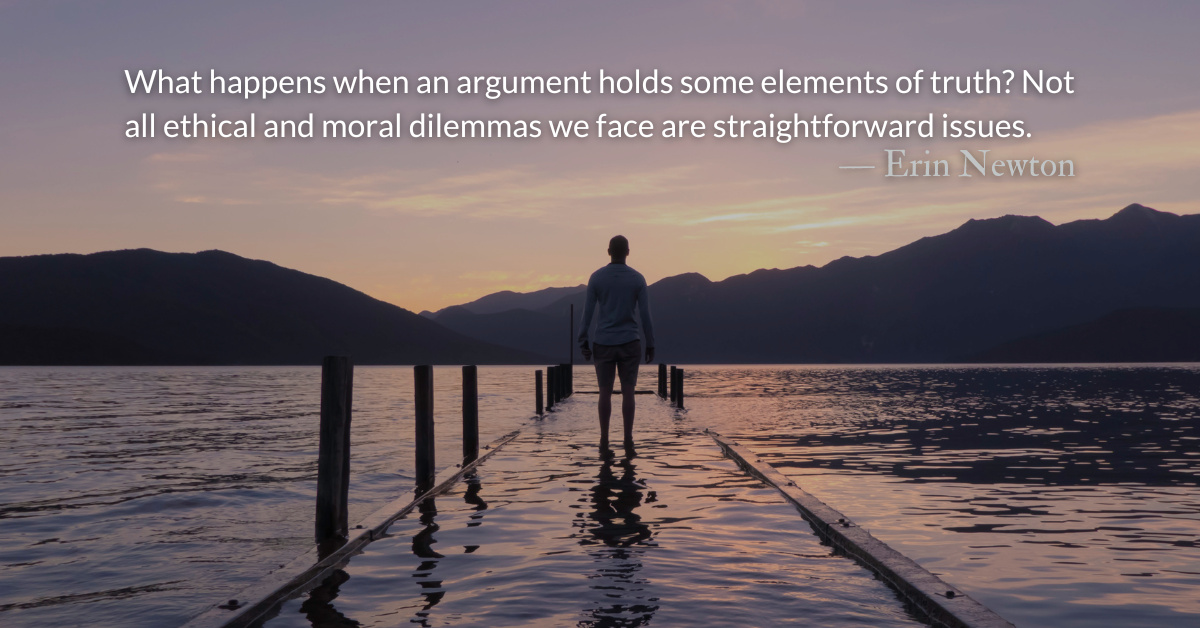 Scripture Focus: Isaiah 36.10-11
10 “… Furthermore, have I come to attack and destroy this land without the Lord? The Lord himself told me to march against this country and destroy it.’”
11 Then Eliakim, Shebna and Joah said to the field commander, “Please speak to your servants in Aramaic, since we understand it. Don’t speak to us in Hebrew in the hearing of the people on the wall.”

The book of Isaiah breaks from the prophetic oracles of judgment. Sennacherib and the Assyrians taunted the Israelites, calling their confidence into question. Not only that, but they humiliated the Israelites’ leaders. Every jab was within earshot and in the common language of the people.

Assyria was stoking the people’s fear. Subduing another nation was simplified if they could be convinced to give up and take the short-term compromise.

The leaders of Israel attempted to hide the conversation by asking to change to a lesser-known language. They either wanted to save face or protect the people against being drawn into fear-mongering rhetoric. The leaders were embarrassed that someone would openly mock them. Furthermore, targeting fear was a potent tactic.

Some of what the Assyrians shouted was true. Isaiah prophesied that Assyria would be sent as a rod of God’s judgment (Isaiah 10.5-6). Israelites would recognize the prophet’s words in the mouths of the Assyrians. The temptation to believe what they said hung upon these partial truths.

What happens when an argument holds some elements of truth? Not all ethical and moral dilemmas we face are straightforward issues. What do we do with the myriad of nuances that each situation provides? Should Israel save their neighbors and children from impending death by surrendering?

The fatal flaw to Assyria’s tactic was their degradation of God. Their appeals to compromise could have convinced several Israelites. Belittling God, calling him just another conquered deity, allowed the Israelites to see through the propaganda.

From all sides, there are voices demanding our attention and allegiance. Sometimes there is pressure to let go of beliefs and embrace convenience. How do we discern the voice of the enemy from the voice of the prophet?

What we learn here is crucial. How God is represented can be an indicator of motives. The Assyrians claimed God was a nobody. Isaiah heralded the supremacy of God. “The fool says in his heart, ‘There is no God’” (Psalm 14.1).

We have faced major ethical issues in the last few weeks. People have demonstrated online and in the streets to persuade the world of one perspective or another. It can be intimidating. As the voices continue to shout, let us listen for how the message represents our God. Does it support our God who calls us to love others, administer justice, care for the weak, and pledge our allegiance to him alone?

Lord, give us wisdom.

Divine Hours Prayer: The Refrain for the Morning Lessons
Cast your burden upon the Lord, and he will sustain you; he will never let the righteous stumble. — Psalm 55.24

Read more about Jesus Concealed and Revealed
Jesus walked along the Emmaus road simultaneously concealing his physical presence and revealing his presence throughout the scripture.

Read more about Unhurried Wisdom
Wisdom is not a character trait abruptly gained. In our quick paced world, we forget to think before we speak.