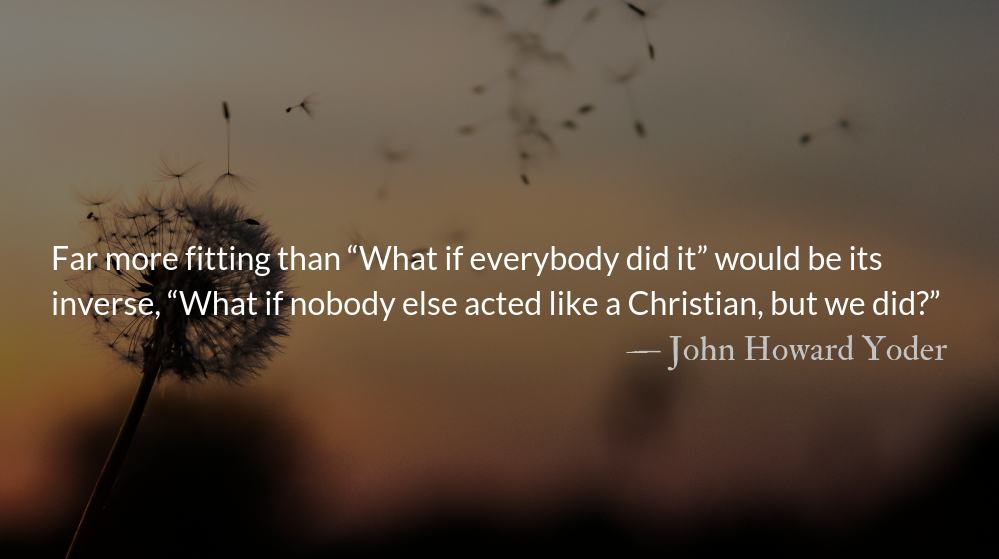 The Church, Politics, and the Future

Reflection: The Church, Politics, and the Future
The Park Forum

This argument could be met on other levels, but here our only point is to observe that such reasoning would have been preposterous in the early church and remains ludicrous wherever committed Christians accept realistically their minority status. Far more fitting than “What if everybody did it” would be its inverse, “What if nobody else acted like a Christian, but we did?”

Prayer: The Greeting
Our of Zion, perfect in its beauty, God reveals himself in glory.
Let the heavens declare the rightness of his cause; for God himself is judge.  — Psalm 50.2, 6

Additional Reading
Read More about A Different Kind of Exile
Living as outcasts in society has nearly always brought healing to the church through suffering. The historical church that suffers, tightens its grasp of the Gospel as it loses worldly influence and power.

Read More about being Undefiled at Heart
At times, like Daniel, we must beg for permission from governments and employers to follow our consciences. That the government may not relent, and we may be forced to eat what is given is a part of being an exile.