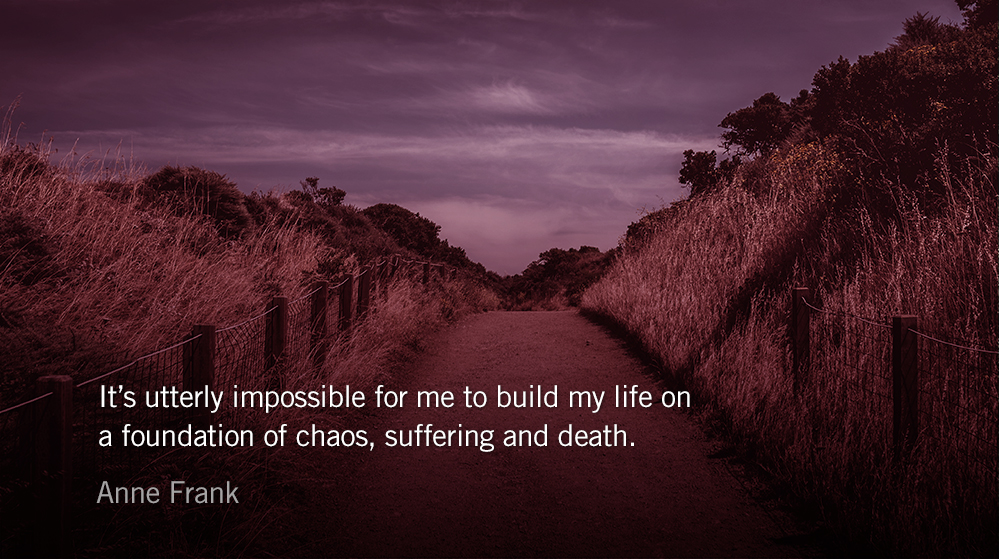 Human goodness does not lie in wealth or power, but in character and goodness.

[Jacob] fled with all that he had and arose and crossed the Euphrates, and set his face toward the hill country of Gilead.

Typically those fleeing their homeland have long-since abandoned the cost/benefit way of making decisions. Life has become so dark—death’s imminence pressing against them for so long—that a risk/risk decision is made.

Refugees run toward places of hope. Jacob risked everything to reach Gilead—a place which God yearns to be overflowing with those delivered from death. Such places are revered in prophecy and poetry alike. “Give me your tired, your poor, / Your huddled masses yearning to breathe free,” the poet Emma Lazarus wrote in 1883. She gave voice to the place that refugees pray exists.

It is easy to think of refugees as weak and poor—they offer little short-term economic benefit—but their spirit is remarkable. On July 15, 1944, Anne Frank—whose father had tried to overcome American anti-refugee sentiment and policy multiple times as Hitler’s army marched toward his family—would write:

It’s a wonder I haven’t abandoned all my ideals, they seem so absurd and impractical. Yet I cling to them because I still believe, in spite of everything, that people are truly good at heart.

It’s utterly impossible for me to build my life on a foundation of chaos, suffering and death. I see the world being slowly transformed into a wilderness, I hear the approaching thunder that, one day, will destroy us too, I feel the suffering of millions. And yet, when I look up at the sky, I somehow feel that everything will change for the better, that this cruelty too shall end, that peace and tranquility will return once more.

The 15 year old would die in a concentration camp seven months later.

As Christians we give ourselves to caring for refugees not only because we read of so many in Scripture (Moses, David, John, et. al.), but because Christ was one himself. Pursued by the rulers of his day, Christ’s family became like the 65 million refugees today that risk everything to find a place of hope and mercy.

“Not like the brazen giant of Greek fame,” Lazarus wrote of the beacon of liberty on America’s shore, “A mighty woman with a torch, whose fame /  is the imprisoned lightening, and her name / Mother of Exiles…”

“Look upon your covenant; the dark places of the earth are haunts of violence.” — Psalm 74:19

For more, read Jesus, the Refugee and Stories of the Oppressed