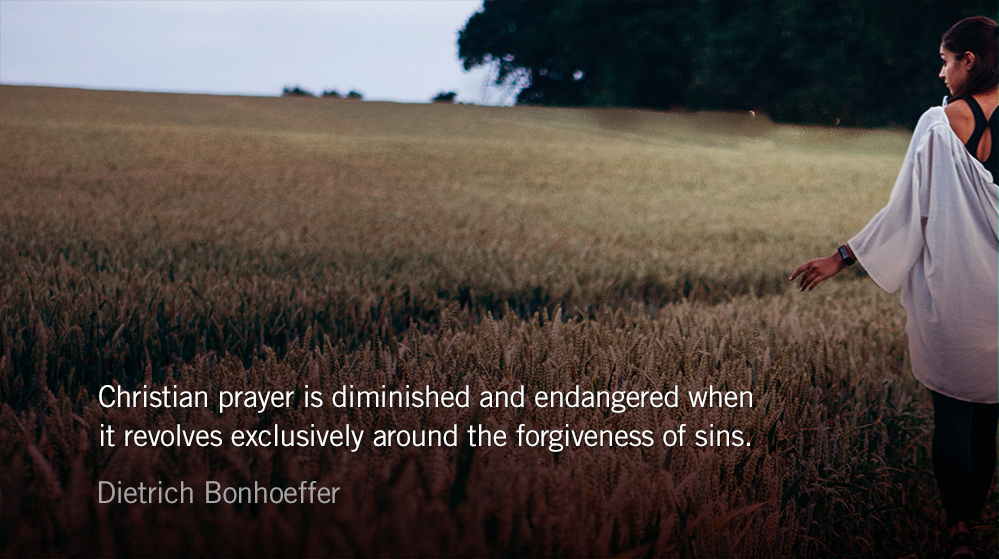 “Every day my conscience makes confession relying on the hope of Your mercy as more to be trusted than its own innocence.”

It is easy to develop a moralistic view of confession—as if one is bringing a list of moral missteps that ought be followed by pledges of piety. Prayer, in this rhythm, is reduced to a series of transactions that leaves little room for wonder, grace, and inner transformation.

The German theologian Dietrich Bonhoeffer observed that the prayers of Scripture stretch deeper and wider than mere confession:

The reality of “leaving sin behind for the sake of Jesus Christ” brings striking balance to the prayers of the Psalms. For each Psalm of confession there is another Psalm proclaiming righteousness.

Recalibrating our own prayer life to this balance of confession and celebration is not just a matter of changing our language—but allowing Christ to heal and restore our hearts and minds.

In Jacob’s case, when asked his name, he was being asked a deeper question. Originally his name meant “one who grasps,” but after he deceived his brother Esau his family gave him the name of “the one who usurps.” The connotation was, one who deceives in order to overpower. Jacobs’s name become his greatest pain.

The request for Jacob to say his name was not for the sake of acquaintance. Jacob was asked to confess his deepest pain to the face of God. Here he would find healing, hope, restoration—and, most importantly, a new name.

I will bear witness that the Lord is righteous; I will praise the Name of the Lord Most High.