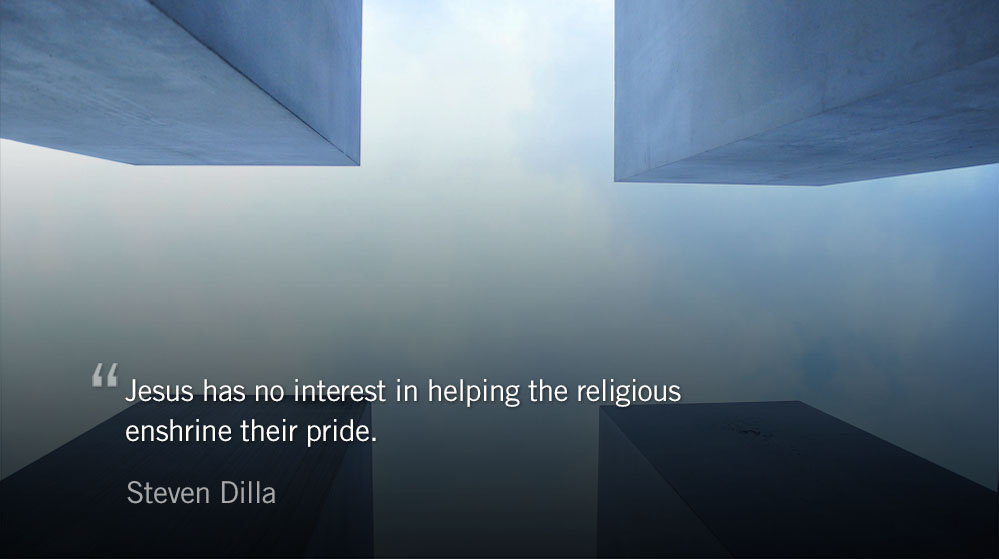 Matthew 20.11-12
“When [those who had worked longest] received their wages, they began to grumble against the landowner. ‘These who were hired last worked only one hour,’ they said, ‘and you have made them equal to us who have borne the burden of the work and the heat of the day.’“

Jesus has no interest in helping the religious enshrine their pride. The parable of the Laborers in the Vineyard strikes directly at the heart of religion. The storyline follows the workday of three groups of day laborers. The first begin working in a vineyard around 9:00 a.m. (“the third hour”), the second around noon (“sixth hour”), and the final around 5:00 p.m. (“the eleventh hour”). In a way that seems unjust even today, the master of the vineyard pays all the workers the same wage.

Jesus’ parable isn’t about fair wages, but radical grace. The religious leaders in Jesus’ day shaped every action in their lives around earning the most in God’s kingdom. All of the friction between Jesus and the religious elite comes from this pain. “The first are in danger of becoming the last when self-denial is reduced to a system, and practiced ascetically, not for Christ’s sake, but for one’s own sake,” comments Scottish theologian Alexander Bruce. [2]

The heart of religion wants to be reimbursed for its sacrifice as it earns its own way. Like those in the parable, the religious in Jesus’ day focused more on the difficulty of their labor than on the privilege of the master’s invitation. The messiah stood in front of them, offering himself freely to all who would accept. The messiah wept away from them after they rejected him as their salvation.

“Better is one day in your courts than a thousand elsewhere,” sang the psalmist. Those who labor longest in the courts aren’t slighted, but blessed. Relationship with a glorious God yields transcendent and material peace and joy that the world simply cannot offer. The psalmist concludes, “I would rather be a doorkeeper in the house of my God than dwell in the tents of the wicked.”

This week: For These Things, I Weep
Part 2 of 5, read more on TheParkForum.org