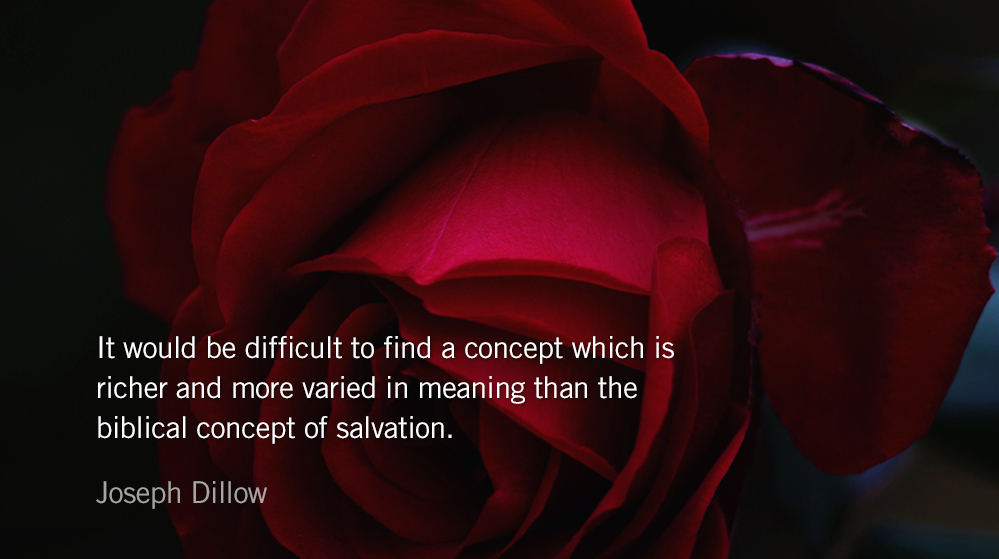 You see that a person is justified by works and not by faith alone. — James 2.24

“Faith apart from works is dead,” James quips. The assertion flies in the face of Paul’s theology: “For we hold that one is justified by faith apart from works of the law.” The book of James isn’t the only place where this is true; Galatians implores Christians to, “not grow weary of doing good, for in due season we will reap” and Philippians, perhaps more directly, calls the faithful to, “work out your own salvation.”

James’ language, “justified by works and not by faith,” is abrasive in our current theological climate—and pushes us beyond the conversation of saved by and for. Part of the problem may be what comes to mind when we, modern Christians, talk about the idea of salvation. Joseph Dillow—whose three-volume series, Final Destiny, explores over 2,000 passages of Scripture in regards to salvation and works—explains:

It would be difficult to find a concept which is richer and more varied in meaning than the biblical concept of salvation. The breadth of salvation is so sweeping and its intended aim so magnificent that in many contexts the words used defy precise definition.

Yet these difficulties have not thwarted numerous interpreters from assuming, often without any contextual justification, that the words used invariably mean ‘deliverance from hell’ or ‘go to heaven when you die.’ It may come as a surprise to many that this usage of ‘salvation’ would have been the least likely meaning to come to the mind of a reader of the Bible in the first century.

Indeed, in 812 usages of the various Hebrew words translated ‘to save’ or ‘salvation’ in the Old Testament, only 58 (7.1 percent) refer to eternal salvation.

James and Paul aren’t bickering about faith and works—they are trying to draw our attention to the greater scope of what faith and salvation mean both now and for eternity. Dillow’s conclusion is heard best in the modern world—where nearly everything we come in contact with must have a value proposition—“when believers do not animate their faith with works, James does not say their faith is nonexistent; he says it is useless.”