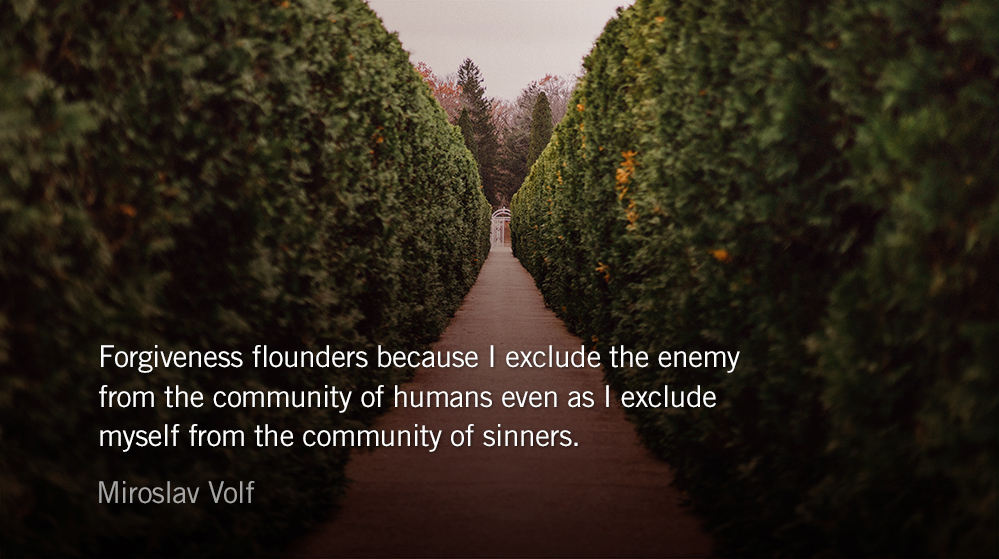 After Joseph had washed his face, he came out and, controlling himself, said, “Serve the food.” […and] they feasted and drank freely with him.

The ease of forgiveness is based off the cost of the debt. In Jesus’ parable of The Unforgiving Debtor he depicts a servant who owed his master millions of dollars, an amount that could never be repaid in a lifetime. (Servants like this were far less like slaves and more like business managers, sometimes over entire divisions of their master’s endeavors.)

To owe this amount it must be assumed the servant was either imprudent, investing foolishly, or unethical, embezzling the master’s money over an extended period of time. Once discovered, the servant begs for his life—he knows there is no way he could ever repay the debt, so he is left to the master’s mercy.

Someone must absorb the debt. The servant is insolvent, yet in a shocking act of mercy the master writes off the debt, absorbing the loss himself. The freshly-forgiven servant then runs into a second servant who owes him a nominal amount of money—something that could be earned in a matter of days.

The first servant becomes physically violent with the second, demanding immediate repayment. When the master hears of the first servant’s actions—the servant whom he has just forgiven—he is enraged.

The second servant’s debt is owed not to the first, but to the master himself. This is the linchpin to the story—everything in a servant’s life belongs to his master—although the first servant feels the burden of the debt, the ultimate repayment is to the master himself. The first servant is condemned because, although he had intimate familiarity with the master’s forgiveness, he refused to extend it to others.

Forgiveness, for Jesus, is less about conjuring an emotion and more about praying to God for the ability to extend his forgiveness to those around us. “Once we start inhaling God’s fresh air, there is a good chance that we will start to breathe it out, too,” says N.T. Wright. “As we learn what it is like to be forgiven, we begin to discover that it is possible, and indeed joyful, to forgive others.”

The Lord is full of compassion and mercy, slow to anger and of great kindness. — Psalm 103.8