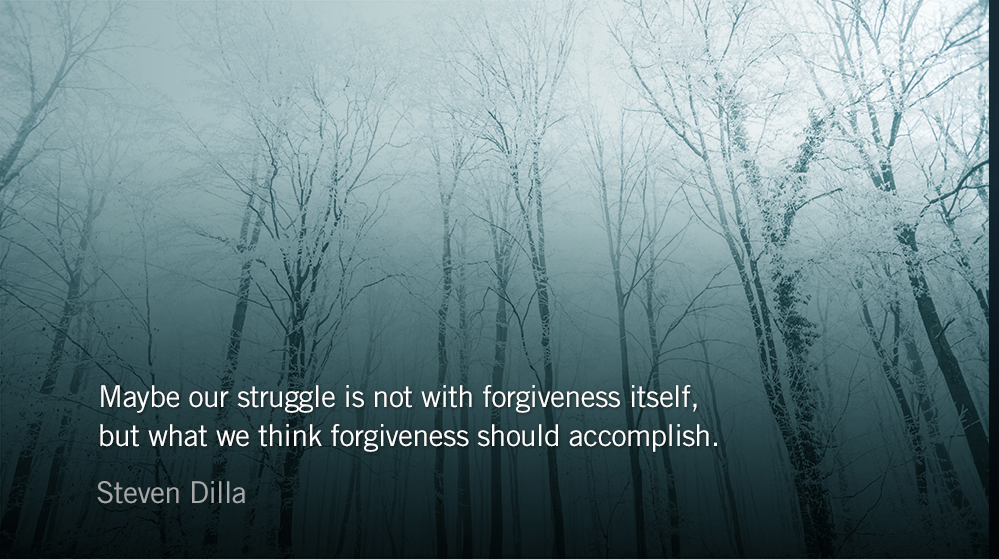 To forgive sins is divine not only in the sense that no one is able to do it except God, but also because no one can do it without God.

On the third day Joseph said to them, “Do this and you will live, for I fear God.”

Forgiveness is a costly endeavor. Gallup found that just half of American Christians completely agree that, “God’s grace enables me to forgive people who have hurt me.”

Most people can make allowances for life’s minor grievances. It’s when we face the bigger issues that forgiveness seems impossible or even unrecommended. Yet maybe our struggle is not with forgiveness itself, but with what we think forgiveness should accomplish.

Forgiveness, on the other hand, is always a healthy pursuit. It’s a unidirectional activity where the offended party chooses not to be taken captive in a cycle of retribution. It’s a way for the offended to release themselves from the control of the offender. Joseph’s life is a prime example of this process.

Every moment in Joseph’s years of suffering, humiliation, and captivity was a direct result of his brothers’ cruelty toward him. After they sold him to human traffickers he lost his family, his homeland, and the future he envisioned.

It’s fascinating to watch the way Joseph’s forgiveness of his brothers removed the pressure to seek retribution. At the same time, Joseph did not rush back into relationship with them. Genesis 42 shows the beginning of a long process of restoration. Joseph’s trust grows as he slowly, cautiously, and intentionally rebuilds his relationship with them.

Joseph’s faith fueled his forgiveness. It would be easy to write off Joseph’s ability to forgive by underestimating the depth of his pain. Even easier to assume he was just a good person. But Genesis draws our attention to the real source. Joseph forgave because he trusted God to direct his path even as he suffered from the consequences of others’ sin.

The Prayer Appointed for the Week

Set me free, O God, from the bondage of my sins, and give me the liberty of the abundant life which you have made known to me in your Son our Savior Jesus Christ; who lives and reigns with you and the Holy Spirit, one God, now and for ever. Amen.

– From The Divine Hours: Prayers for Springtime by Phyllis Tickle