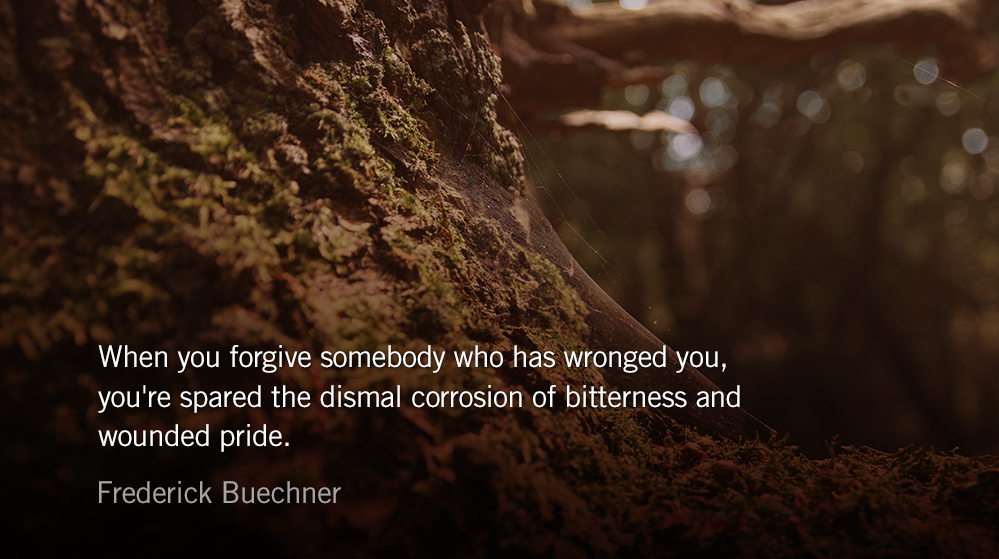 When you forgive somebody who has wronged you, you’re spared the dismal corrosion of bitterness and wounded pride.

Joseph had his chariot made ready and went to Goshen to meet his father Israel. As soon as Joseph appeared before him, he threw his arms around his father and wept for a long time.

Twenty-five years after he finished the ceiling of the Sistine Chapel, Michelangelo returned to begin work on The Last Judgment. The painting covers the expansive, 1,700 square-foot, altar wall and depicts Christ’s return, the resurrection of the dead, heaven, and hell.

The work, which would be among Michelangelo’s last, was controversial even before it was completed. Detractors were disquieted by the amount of nudity in the painting. Papal Master of Ceremonies Biagio da Cesena joined others in critiquing Michelangelo, calling the master artist’s work, “a very disgraceful thing.”

To strike back at da Cesena, Michelangelo painted him into the corner of the wall. The critic’s head appears atop the body of Meno, the Greek god of the underworld, who greets the damned as they enter hell.

“Of the seven deadly sins, anger is the most fun,” writes Frederick Buechner. “To lick your wounds, to smack your lips over grievances long past, to roll over your tongue the prospect of bitter confrontations still to come, to savor the last toothsome morsel of the pain you’re giving back to them, in many ways, is a feast fit for a king. The chief drawback is that what you are wolfing down at this feast is yourself.”

Michelangelo’s bitterness is enshrined in history. (There are even teams of artists dedicated to preserving it.) Un-forgiveness always works that way. Entire nations rage against one another for the grievances of prior lifetimes.

Although it rarely feels grand, forgiveness has its own way of stretching beyond the moment. Because Joseph forgave his brothers, a family was preserved from starvation—from that family a nation was born.

More importantly to Joseph, he experienced a restored relationship with his father. Their joy-filled reunion was an effect of his forgiveness of his brothers. The meaningful things we long for are found only in the fruit of sacrifice.

Prayer: The Cry of the Chuch

Even so, come Lord Jesus!