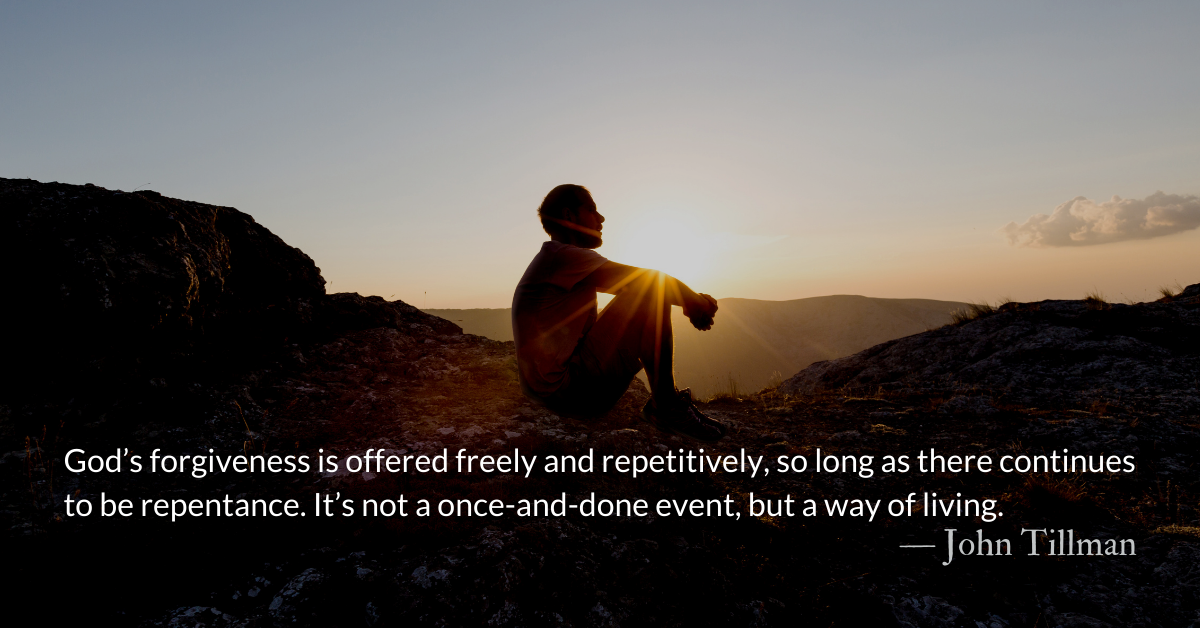 Mario: “John’s post was an encouraging reminder to recognize God’s incredible forgiveness in my life, and a challenging call to live that forgiveness toward others. It truly was a prophetic call to me for repentance that day. I was warmly touched by the closing line to let ‘us live in the land, homeless yet at home, forgiving and forgiven.’”

Lucy: “It spoke to me about whether I have forgiven.”

Scripture Focus: Haggai 1.2-3, 13-14
2 This is what the Lord Almighty says: “These people say, ‘The time has not yet come to rebuild the Lord’s house.’ ”
3 Then the word of the Lord came through the prophet Haggai: 4 “Is it a time for you yourselves to be living in your paneled houses, while this house remains a ruin?”

“There is no such thing as a God-forsaken town. There are always second chances…” — Carolyn Arends, “Love is Always There”

Haggai spoke to people returning from exile. They are at home, yet homeless, returning to a flattened, burned, destroyed city.

Haggai made an extreme demand. “We are here to rebuild God’s house, the Temple, not your houses. Stop building your houses. Build the Temple first.”  Unlike many other prophetic books, the people Haggai speaks to no longer despise the correction of the prophets. They no longer rebel against the message or call the messengers unpatriotic. They listen and repent. They put off work on their own dwellings and focus on making a place for God to once again dwell with them.

These men and women are the grandchildren of some of those who went into exile. Zerubbabel, mentioned by Haggai, is the grandson of Jehoiachin, one of the last of Judah’s kings. Jehoiachin was taken into exile because of his sin and Jeremiah prophesied that he would have no surviving offspring to sit on David’s throne. Non-canonical Jewish writings imply that Jehoiachin repented before God in captivity. (Jeremiah 22.24-30) God relented on the curse pronounced by Jeremiah. Not only did Jehoiachin have children, but Jehoiachin’s repentance led to the birth of the ultimate “Son of David,” Jesus. It is through Jehoiachin and Zerubbabel’s line that Jesus is born. (Matthew 1.12-17; Luke 3.27-37)

Scripture is full of second chances, third, fourth, fifth, sixth, seventh chances, and beyond. When Jesus told the disciples that they should forgive those who sinned against them seven times in a day and repented seven times, he wasn’t just speaking hypothetically. He was speaking historically. (Luke 17.3-4) Jesus may have been thinking about his own family history, but he absolutely was telling his followers to model their own forgiveness after God’s.

Haggai’s listeners had been forgiven so much, yet they were again forgetting to put God first. It’s so relatable. Haven’t we all found ourselves blindly pursuing our purposes rather than God’s? Haven’t we all had moments where we realized we were building selfishly?

God’s forgiveness is offered freely and repetitively, so long as there continues to be repentance. It’s not a once-and-done event, but a way of living. Let us remain responsive to calls for repentance from prophets in our day. Let us both offer and receive God-like forgiveness. Let us live in the land, homeless yet at home, forgiving and forgiven. Let us build unselfishly in ways that demonstrate that God dwells with us.


Divine Hours Prayer: The Greeting
Be exalted, O Lord, in your might; we will sing and praise your power. — Psalm 21.14
– From The Divine Hours: Prayers for Summertime by Phyllis Tickle.

Readers’ Choice is Here!
There’s still room for your favorite post from the last 12 months. Tell us about it and we will repost it in September.