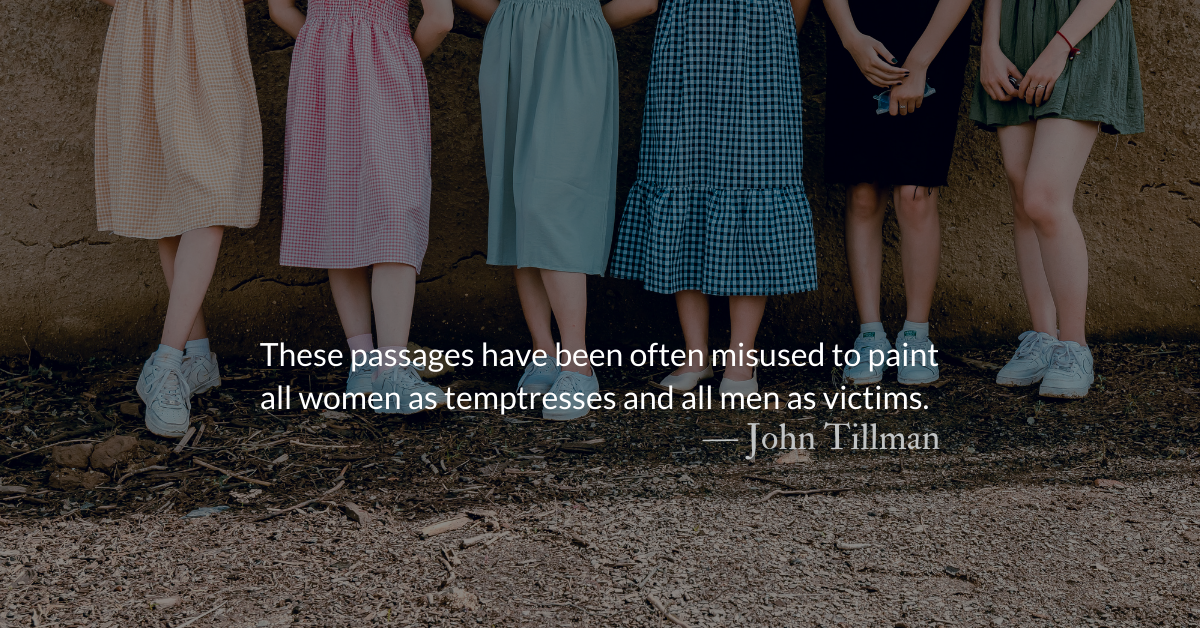 Temptation Has No Gender—Readers’ Choice

Today’s post was originally published, on February 11, 2022, based on Proverbs 2.12-19
It was selected by reader, EN:
“This was really encouraging as a woman. In some circles, being a woman automatically makes you guilty of temptation but this was a good dose of truth to correct those erroneous assumptions.”

Scripture Focus: Proverbs 2.12-19
12 Wisdom will save you from the ways of wicked men,
from men whose words are perverse,
13 who have left the straight paths
to walk in dark ways,
14 who delight in doing wrong
and rejoice in the perverseness of evil,
15 whose paths are crooked
and who are devious in their ways.
16 Wisdom will save you also from the adulterous woman,
from the wayward woman with her seductive words,
17 who has left the partner of her youth
and ignored the covenant she made before God.
18 Surely her house leads down to death
and her paths to the spirits of the dead.
19 None who go to her return
or attain the paths of life.

Divine Hours Prayer: The Request for Presence
Send out your light and your truth, that they may lead me, and bring me to your holy hill and to your dwelling;
That I may go to the altar of God, to the God of my joy and gladness; and on the harp, I will give thanks to you, O God my God. — Psalm 43.3-4

Readers’ Choice is Here!
We look forward to more of your recommended posts from the last 12 months. Which one helped you understand scripture?