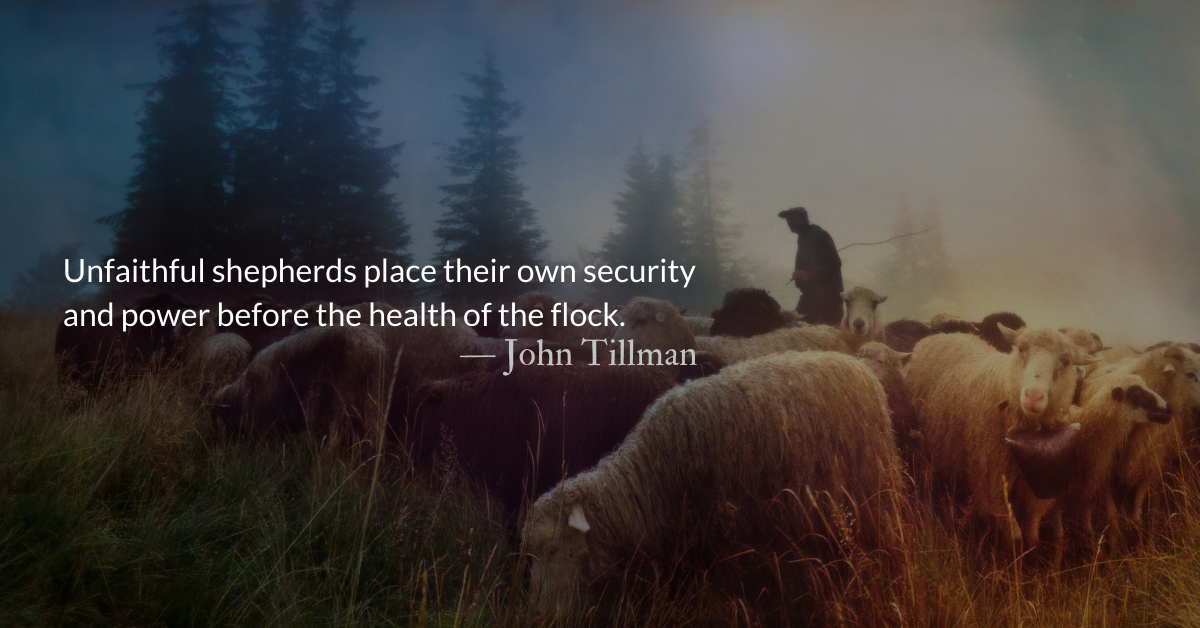 Scripture Focus: Ezekiel 34.2-6
Woe to you shepherds of Israel who only take care of yourselves! Should not shepherds take care of the flock? 3 You eat the curds, clothe yourselves with the wool and slaughter the choice animals, but you do not take care of the flock. 4 You have not strengthened the weak or healed the sick or bound up the injured. You have not brought back the strays or searched for the lost. You have ruled them harshly and brutally. 5 So they were scattered because there was no shepherd, and when they were scattered they became food for all the wild animals. 6 My sheep wandered over all the mountains and on every high hill. They were scattered over the whole earth, and no one searched or looked for them.

God comforted Ezekiel, who sang the song of God’s love faithfully and beautifully to people who refused to listen and obey. Then God confronted the prophets and priests who were unfaithful.

To modern ears, Ezekiel’s description sounds like flamboyant, prosperity gospel hucksters with pockets and clothing as gilded as their voices. This extreme visual, however, can cause us to miss deeper problems. God is less concerned with the wealth of the shepherd than with the health of the flock.

In reality, most pastors live fiscally and morally responsible lives. Yet, a pastor can abuse power without ever accumulating a fleet of private jets. A pastor can abuse trust without ever being exposed in a sex scandal. Unfaithful shepherds place their own security and power before the health of the flock. Caring for others as a shepherd almost always goes against our self-preservation instincts.

In a beautiful pre-visualization of Jesus’ earthly ministry, God tells Ezekiel that he, himself, will come to the scattered sheep. He himself will search for them, gather them, heal them, and care for them.

Wise shepherds could draw from this passage a self-assessment tool:

Jesus had compassion on the masses because they were “harassed and helpless, like sheep without a shepherd.” (Matthew 9.35-38) Those who should have been binding up the weak, were instead “binding up heavy burdens” and not lifting a finger to help. (Matthew 23.1-12)

The religious leaders of Jesus’ day and Ezekiel’s fellow prophets became unfaithful shepherds for similar reasons. Power and recognition were more attractive to them than service and selflessness. Control and authority were grasped by them rather than mercy and humility. Law and order were enforced by them rather than doing justice and righteousness. Unfaithful shepherds have these tendencies in common.

May we, and our shepherds be more like Jesus. May we seek and support earthly shepherds like him, who with mercy, humility, justice, and righteousness, gather, feed, guide, protect, and heal.

Divine Hours Prayer: A Reading
He spoke the following parable to some people who prided themselves on being upright and despised everyone else, “Two men went up to the Temple to pray, one a Pharisee, the other a tax collector. The pharisee stood there and said this prayer to himself, ‘I thank you, God, that I am not grasping, unjust, adulterous like this tax collector here. I fast twice a week; I pay tithes on all I get.” The tax collector stood some distance away, not daring even to raise his eyes to heaven; but he beat his breast and said, ‘God, be merciful to me, a sinner.’ This man, I tell you, went home again justified; the other did not. For everyone who raises himself up will be humbled, but anyone who humbles himself will be raised up.” — Luke 18.9-14