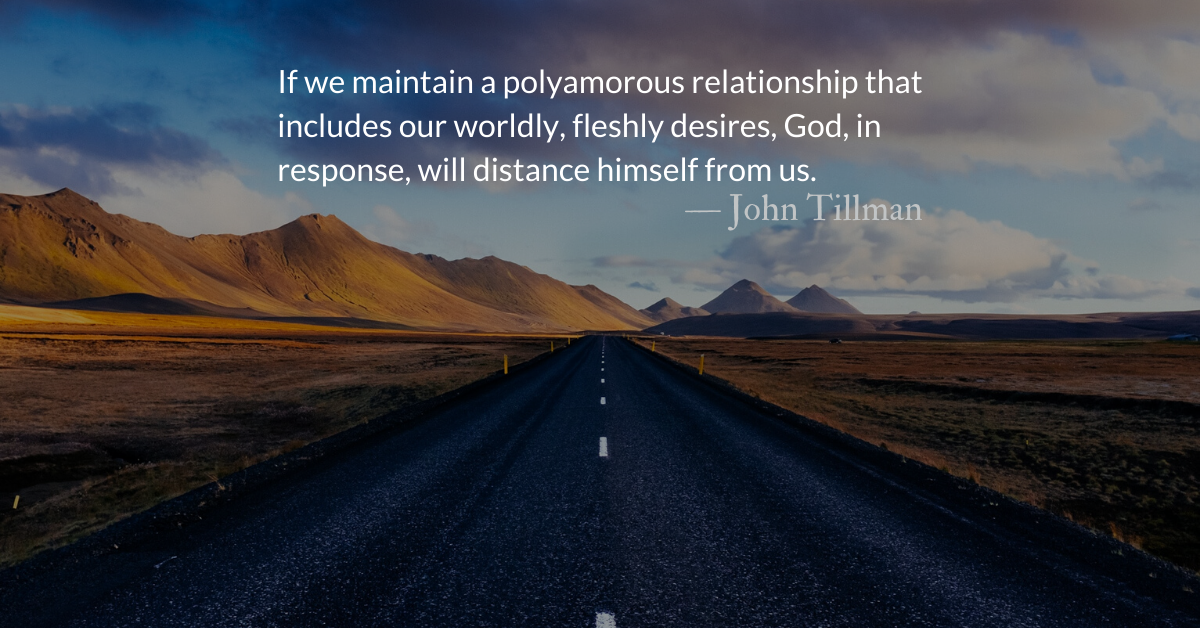 To Whom We Draw Near

Reflection: To Whom We Draw Near
By John Tillman

The writing in James is tight, terse, and tense. It is full of short, pithy quotables that, at first glance, seem disconnected from one another. But most of the time (just like in the book of Proverbs it is sometimes compared to) larger thoughts are developing and each thought shines light on the next.

We want to be a friend of God and of the world too but James reminds us that is impossible. We are called to have a single love and to be faithful to God alone, satisfying ourselves in God and clinging to him to the exclusion of all others. If we maintain a polyamorous relationship that includes our worldly, fleshly desires, God, in response, will distance himself from us.

James calls this being double-minded rather than single-minded. Our conflicts, struggles, anger, and rage come from attempts to achieve our worldly desires—seeking wealth, seeking power, seeking pleasures. We want God’s blessings to spend on devilish pursuits. When we choose this, we are choosing enmity rather than friendship with God, war rather than peace.

We live on Earth which rightfully belongs to God, but  “the world” is the powers, systems, and spiritual forces that usurp God’s rule and authority. We are aliens and strangers in the world, not citizens. God does not acknowledge dual citizenship with a rebellious world. We cannot keep one foot in two kingdoms which are at war.

James recommends that we choose our enemies carefully, for when we choose our enemies, we are also choosing our friends. Choosing to be near to the world is choosing to be far from God. Resisting the devil will cause him to flee from us. Coming near to God will cause him to come near to us. The distance of the devil and the nearness of God are affected by our responses.

We must choose whom to resist and whom to draw close to. May we draw close to God and be safely kept in his hand. We need not fear having the world as an enemy when we have God as a friend.

Read more about Prayer and Faith
Do we feel that God is distant from us? It is we who have moved. Draw near in prayer.

Read more about Seeking after a Seeking God
Wherever and however we draw near to God, he will draw near to us.