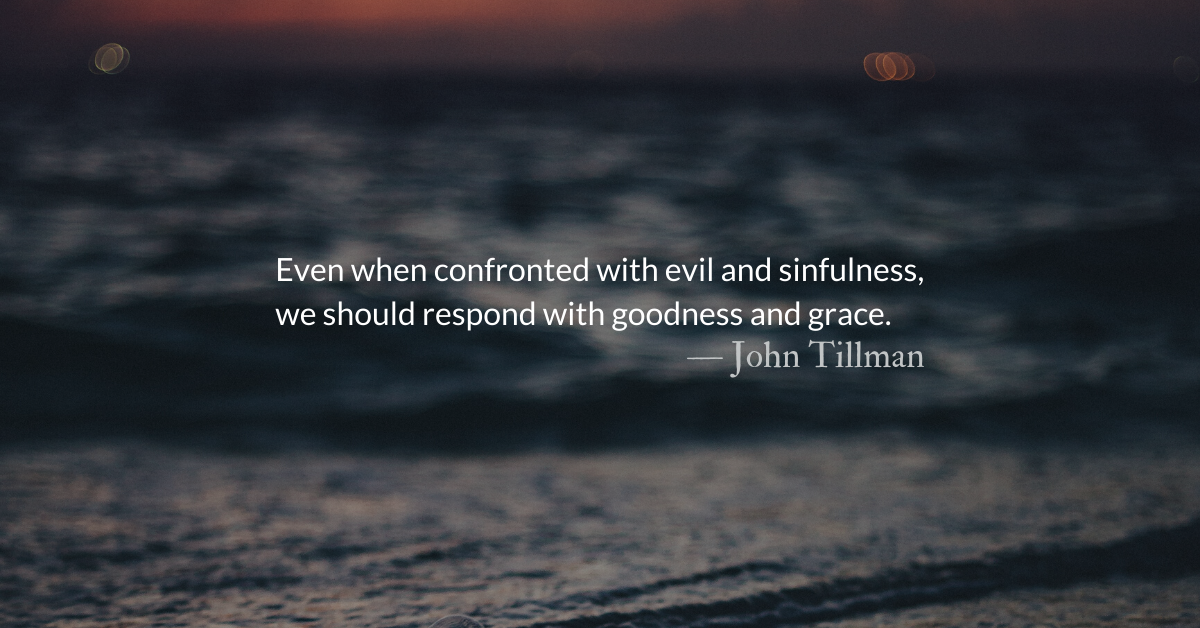 Scripture Focus: Titus 3.3-7
At one time we too were foolish, disobedient, deceived and enslaved by all kinds of passions and pleasures. We lived in malice and envy, being hated and hating one another. But when the kindness and love of God our Savior appeared, he saved us, not because of righteous things we had done, but because of his mercy. He saved us through the washing of rebirth and renewal by the Holy Spirit, whom he poured out on us generously through Jesus Christ our Savior, so that, having been justified by his grace, we might become heirs having the hope of eternal life.

Paul, rather than boast in his religious heritage and his austere religious lifestyle, included himself in this description of past sinfulness. He includes himself among those who were once foolish, disobedient, and deceived.

Paul’s discussion and confession of past sins and sufferings is intended as a contrast between how believers had previously been and how they were now. But it was not intended to inspire judgmentalism or separation from sinners. Rather, this passage is intended to inspire in its readers, mercy, kindness, peaceableness, consideration, and gentleness. The verses just prior to this, make this purpose clear:

Remind the people to be subject to rulers and authorities, to be obedient, to be ready to do whatever is good, to slander no one, to be peaceable and considerate, and always to be gentle toward everyone. — Titus 3.1-2 (Emphasis mine)

In hostage rescue training, military operators train relentlessly on breaching rooms that contain hostages and on attacking only the hostile hostage-takers, not the hostages themselves. This type of training is high-stakes and high-stress. Failure is literally life and death.

Too many times when Christians address ideological opposition online or in person, we shoot the hostages. When we address arguments against faith, we must remember that the person making them, is loved by God and should be treated as such. Ad-hominem attacks, meanness, violent language, and unkindness are not rhetorical tools that should be in the arsenal of Christians in the public square.

May we confess our past and current shortcomings as Paul did.
May we constantly keep in mind the commands of Paul to his young spiritual leaders, Titus and Timothy, to teach gently and faithfully.
May we tear down arguments and strongholds, but never people for whom Christ died.

Divine Hours Prayer: The Greeting
The Lord lives! Blessed is my Rock! Exalted is the God of my salvation! — Psalm 18:46

Read more about Choosing Gentleness Over Violence
The language of many Christians and prominent Christian pastors has followed, growing combative, disrespectful, and even violent

Read more about Abandoning Human Vengeance
As Christians, we must identify ourselves as part of a new fringe that will not submit to the normalcy of hatred.