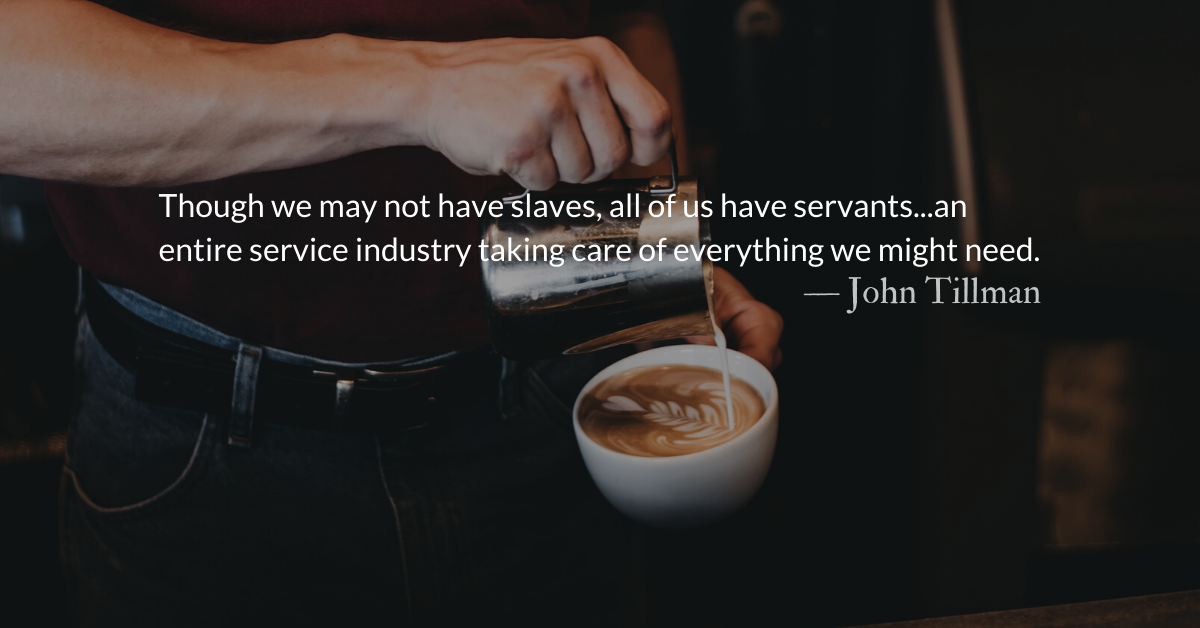 Scripture Focus: Philemon 15-16
Perhaps the reason he was separated from you for a little while was that you might have him back forever—no longer as a slave, but better than a slave, as a dear brother. He is very dear to me but even dearer to you, both as a fellow man and as a brother in the Lord.

And though we may not have slaves, all of us have servants. Even those without in-home staff such as maids, butlers, chefs, or nannies, have an entire service industry taking care of everything we might need. The Bureau of Labor and Statistics estimated that in 2018 over 131 million people would be working in the service industries.

Divine Hours Prayer: The Greeting
With my whole heart I seek you; let me not stray from your commandments.— Psalm 119:10

Read More about Taking Advantage of the Desperate
How are our socially acceptable, market based, and entirely legal interactions with humans dehumanizing them?

Read More about Slavery, Racism, and a Lone Christian Voice
In the late fourth century a lone Christian voice spoke out against the oppressive institution of slavery in a way that none had before.