How to Obey When You’re Afraid

Fear | When your boss asks, “Have you done such-and-such yet?”, you only have a moment to respond. It’s either yes or no. It’s that simple … or is it? When I was working on Capitol Hill for then-Congressman Joe Scarborough, there were always a hundred things going on. Constituents and lobbyists were arriving for meetings, bells were ringing for votes, deadlines were approaching for articles, planes were being reserved for travel. Each day was a chaotic whirlwind. Thus, there were times when Joe asked, “Have you done such-and-such yet?”, and the truth was, “No.” If the task was simple, however, I always wanted to say, “Yes,” and then do it as soon as he walked away without him ever noticing. Yet, in the moment between his question and my answer, I was making a major decision: Whose opinion did I care more about – Joe’s or God’s? I knew that Joe wanted me to get the job done, but I also knew that God wanted me to be truthful. How could I choose to obey God when I feared losing my job? [1]

Despite | In 586 BC, the Babylonians conquered Judah, exiled the Israelites, and destroyed the Temple. Fifty years passed, during which time the Babylonian Empire fell and the Persian Empire grew. Then, in 539 BC, Cyrus the Great of Persia sent the exiles home [2]. When they returned to Judah, they “assembled as one man in Jerusalem” [3] and began rebuilding the temple. But they ran into a problem – their neighbors set out to intimidate them because they didn’t want the temple to be rebuilt. Nonetheless, the Israelites continued “despite their fear of the peoples around them” [4]. Yes, they were afraid and their fear was real. Yet, their fear didn’t keep them from obeying God. They obeyed in faith because they longed for the joy of the presence of the Lord in the temple more than they feared their neighbors.

Prayer | Lord, Thank you for the testimony of the Israelites because it foreshadowed the obedience of Jesus. In the garden, as he anticipated the suffering and death that would happen if he obeyed you, he sweat blood in agony. Yet, in that moment, he prayed, “Not my will, but yours, be done” [5] – because he longed for the joy of our salvation that would come through obedience [6]. Today, we pray that our joy in you and in obeying you would overcome our fear of others. Amen. [7]

How can I make a tax-deductible donation? Click here.
How can I get these devotionals in my inbox? Click here. 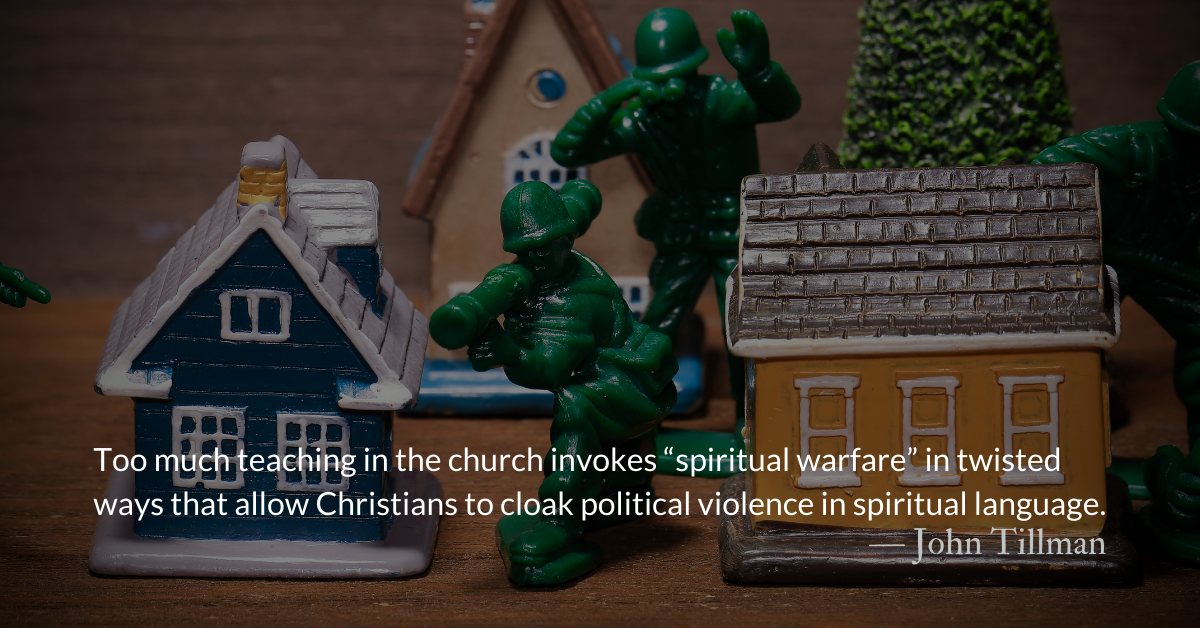