Scripture Focus: 2 Samuel 16.6-8, 9, 11-12
6 He pelted David and all the king’s officials with stones, though all the troops and the special guard were on David’s right and left. 7 As he cursed, Shimei said, “Get out, get out, you murderer, you scoundrel! 8 The Lord has repaid you for all the blood you shed in the household of Saul, in whose place you have reigned. The Lord has given the kingdom into the hands of your son Absalom. You have come to ruin because you are a murderer!”

9 Then Abishai son of Zeruiah said to the king, “Why should this dead dog curse my lord the king? Let me go over and cut off his head.”

11 David then said to Abishai and all his officials, “My son, my own flesh and blood, is trying to kill me. How much more, then, this Benjamite! Leave him alone; let him curse, for the Lord has told him to. 12 It may be that the Lord will look upon my misery and restore to me his covenant blessing instead of his curse today.”

David fled Jerusalem before Absalom as one mourning, not as a king. Barefoot and weeping he climbed the Mount of Olives. (2 Samuel 15.30) David recognized that it was his sinfulness that was the root of all of this suffering. Perhaps it was this attitude that prepared David for the insults and mistreatment of Shimei.

There are moments in scripture when someone unintentionally prophesies. One is when the High Priest says regarding Jesus, “it is better for you that one man die for the people than that the whole nation perish.” (John 11.50) Another is here along the road from Jerusalem where a relative of Saul hurls sticks and stones, as well as hurtful words at David.

David seems stung more by Shimei’s words than his stones. Shimei called David a murderer or a “man of blood.” Shimei’s statements are at least partly true. The murder of Uriah must have risen in David’s thoughts as he heard Shimei’s insults and his celebration of his circumstances. David apparently recognized in them an echo of Nathan’s prophecy that “the sword will never depart from your house.” (2 Samuel 12.10)

As he rebuked Abishai, who wanted to kill Shimei, David confirmed that, at least in David’s mind, God was the one sending these insults, sticks, stones, and clods of dirt.

We are all going to face some Shimei-like treatment from time to time. Whether we think we deserve it or not, even half-truths that are unfair, insulting, or hurtful can be learned from. David doesn’t engage with Shimei or try to win him over. He recognized that it was natural for someone from Saul’s family to not like him and to say mean things about him. David recognized that God could use what he was experiencing.

David also did not hold Shimei’s actions against him. Later, when David returns, Shimei is the first to greet him and repents of what he said. David offers him forgiveness and again prevents Abishai from killing him.

Even if, as with Shimei, the insults are exaggerated or unfair, we can trust God with the outcome and not strike back in the same manner or worse. Rather than lashing out when cursed, may we seek consolation in God and humbly endure insults in the name of Jesus.

Divine Hours Prayer: The Request for Presence
Protect me, O God, for I take refuge in you; I have said to the Lord, “You are my Lord, my good above all other.” — Psalm 16.1

Read more about King on the Mountain, King on the Cross
They expected a king to banish the cursed outcasts and sinners. He brought them in and blessed them.

Read more about In the Face of Mockery and Shame
The mockery of the passing crowds was not by accident, but part of the punishment’s design. 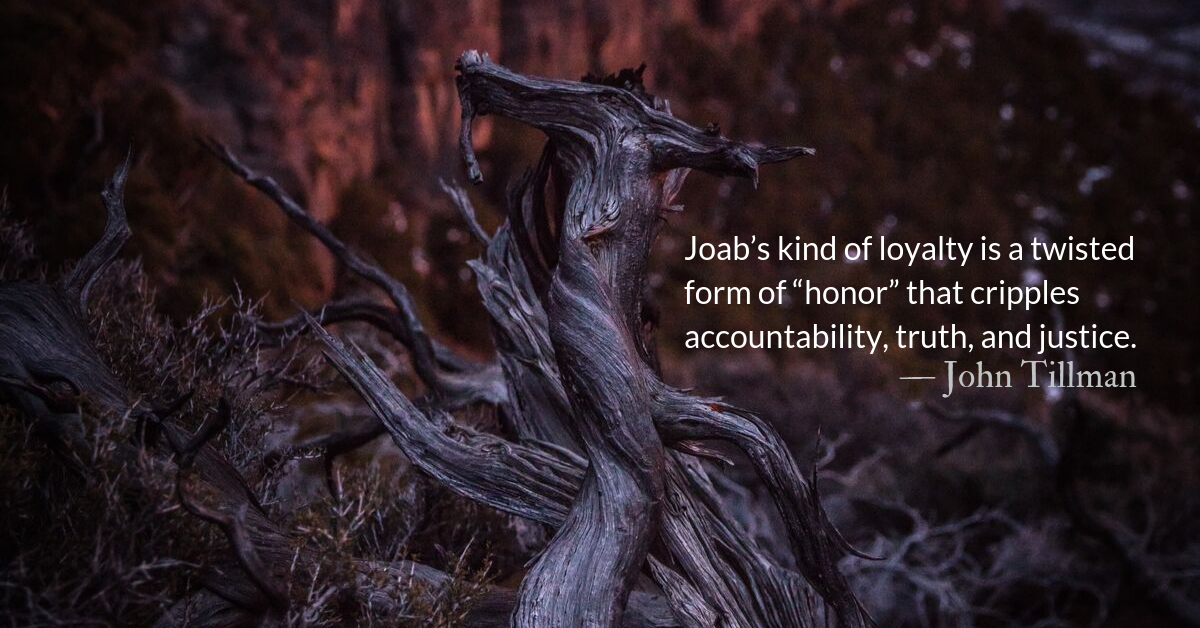 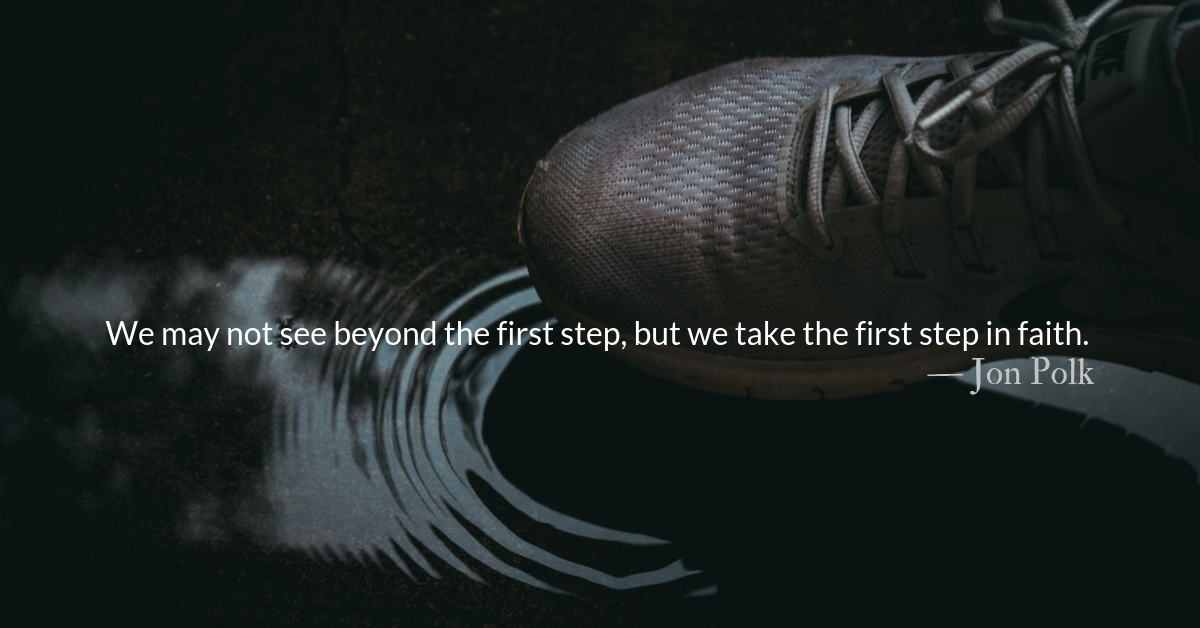 Scripture Focus: 2 Corinthians 5.6-7
Therefore we are always confident and know that as long as we are at home in the body we are away from the Lord. For we live by faith, not by sight. We are confident, I say, and would prefer to be away from the body and at home with the Lord.

The classic KJV translation of 2 Corinthians 5:7 is frequently quoted, cross-stitched and memorized: “For we walk by faith, not by sight.”

Jews used this word walk as an idiom relating to how you live your life. We utilize a similar idea when we talk about our “Christian walk” or our “walk with God.” Our lives ought to be dependent on our faith, not on what we can see or comprehend.

Contrary to the popular phrase, faith is not about taking a “blind leap” but rather making steps towards God, following the path he lays out before us. Paul refers to confidence twice in this passage, implying that faith is not blind hope but is grounded in our trust in God.

On his first journey to China, the great British missionary Hudson Taylor traveled aboard a sailing vessel. As the ship neared the coast of New Guinea, the winds died out for a number of weeks. The ship began to drift dangerously towards the shore, at risk of running aground on the coral reefs leaving the crew to the mercy of the natives rumored to be cannibals.

The captain came to Taylor in desperation, asking him to pray for God to send wind. So Taylor and a few other men began to pray for a breeze. As they prayed, he went up on deck and asked the second mate to ready the mainsail. Initially, the mate resisted, not wanting to appear foolish in front of the crew, but Taylor insisted and he finally agreed. In the ensuing moments, a strong wind indeed came upon the ship and sailors scrambled all over the deck as the wind kicked in.

When you raise the sails in your life before you can even see the wind, you’re walking by faith.

So go take a walk. Not a walk based on what we can see in this earthly life but a walk by faith into the adventurous life God has for us.

Divine Hours Prayer: A Reading
Jesus taught the crowds, saying: “The light will be with you only a little longer now. Go on your way while you have the light, or darkness will overtake you, and nobody who walks in the dark knows where he is going. While you still have the light, believe in the light so that you may become the children of light.” Having said this, Jesus left them and was hidden from their sight. — John 12.35-36

Read more from Jon Polk: Faith of the Flawed
The purpose of this passage is to demonstrate how ordinary people overcame difficult situations through their faith in God.

Read more about Light for the Next Step :: Readers’ Choice
God’s word, most of the time, provides one-step-at-a-time light. A lamp for our feet forces us to engage with where we are, not look only at distant destinations.