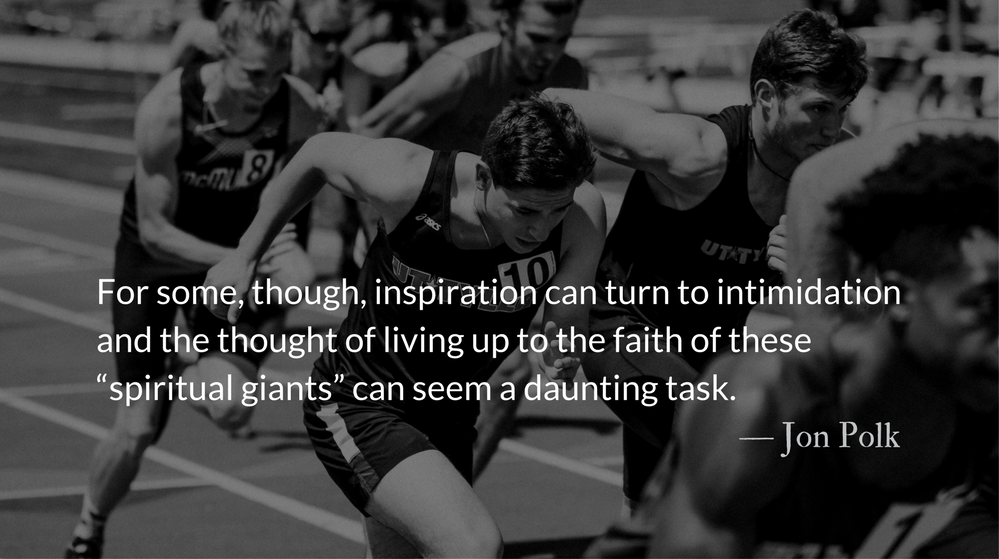 Faith of the Flawed

Scripture: Hebrews 11.1-2
Now faith is confidence in what we hope for and assurance about what we do not see. This is what the ancients were commended for.

Reflection: Faith of the Flawed
By Jon Polk

Hebrews chapter eleven has often been affectionately and appropriately called, “The Hall of Faith.” Reading through this chapter, one can imagine a room full of biblical heroes each presenting their story much like Disney World’s Hall of Presidents exhibit. The roll call sounded here truly is a “great cloud of witnesses.”

These characters and their faith have served to inspire believers for generations. In fact, the purpose of this passage is to demonstrate how ordinary people overcame difficult situations through their faith in God.

For some, though, inspiration can turn to intimidation and the thought of living up to the faith of these “spiritual giants” can seem a daunting task.

However, there are only a few names on this list—Abel, Enoch, Joseph and Samuel—about whom the Bible records little, if anything, negative. For each of the rest, we have a record of some character flaw or significant sin in their life.

These are the ones lauded for their outstanding faith. There are even others, but we do not have the time or space to recount all the shortcomings of these very human and flawed “heroes” of faith.

These women and men found their place in God’s story not because they were flawless and perfect examples of obedience. They didn’t always follow the right path and make the best choices. But to the best of their ability in the midst of their circumstances, they acted in faith. They are applauded for their faith, because without it, we cannot please God.

The Request for Presence
I call with my whole heart; answer me, O Lord, that I may keep your statutes. — Psalm 119.145