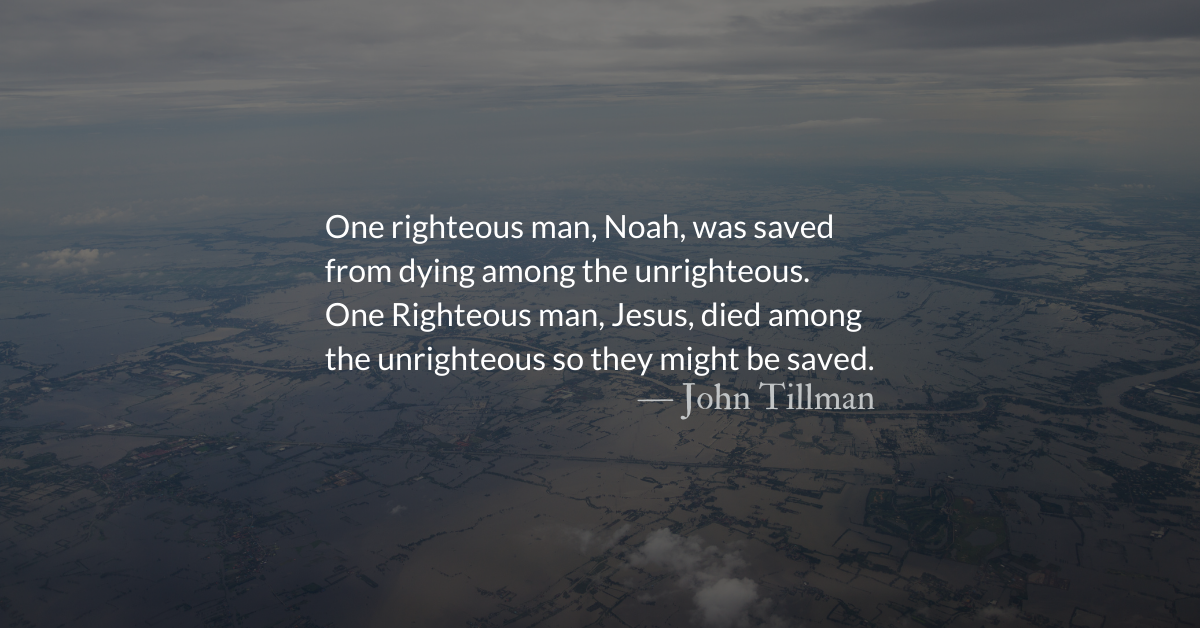 Scripture Focus: Genesis 7.1, 4
1 The Lord then said to Noah, “Go into the ark, you and your whole family, because I have found you righteous in this generation… 4 Seven days from now I will send rain on the earth for forty days and forty nights, and I will wipe from the face of the earth every living creature I have made.”

Matthew 7.15-20
15 “Watch out for false prophets. They come to you in sheep’s clothing, but inwardly they are ferocious wolves. 16 By their fruit you will recognize them. Do people pick grapes from thornbushes, or figs from thistles? 17 Likewise, every good tree bears good fruit, but a bad tree bears bad fruit. 18 A good tree cannot bear bad fruit, and a bad tree cannot bear good fruit. 19 Every tree that does not bear good fruit is cut down and thrown into the fire. 20 Thus, by their fruit you will recognize them.

I have always been annoyed by lessons that teach that people teased Noah about building the ark.

It’s not in scripture. It’s probably the most widely believed “Bible story” with absolutely zero scriptural support. From what Scripture reveals, it is equally likely that Noah built the ark in complete secrecy. “In holy fear” as Hebrews 11.7 describes it. It is one of those things we just have to get comfortable with not knowing. There are many mysterious things in today’s passages…

Jesus asks, “Do people pick grapes from thornbushes or figs from thistles?” The answer, not included in his parable, is “No.” People uproot thornbushes and burn them. Then they plant fruitful vines in their place.

In the flood, we see uprooting and replanting. The thorny brambles of Cain and Lamech filled the world with violence and bloodshed. Scripture tells us that every inclination of people’s hearts was toward violence and evil. (Genesis 6.5)

What kind of violence and evil? The example given is the story of the taking of the “daughters of humans” by the “Sons of God.” The word translated married in this verse implies “taking” in the manner of carrying off an object. It also implies that they took many of them to be their wives, going farther than Cain’s Lamech did in taking two wives. The identity of the “Sons of God” is mysterious but less important than understanding that this violent and sinful behavior was pervasive and unrepentant.

The pattern of sin repeats…Adam and Eve took beautiful fruit from the tree in order to supplant God. The “Sons” see something beautiful and inherently good, and abuse it for evil purposes.

Matthew 7 and Genesis 7 each contain passages tinged with tragedy. The door to the ark and the gate to life are open but few find them. False prophets and false disciples are many. But we can have hope that those who have ears to hear can, and will, hear his call.

We the unworthy and unrighteous can be replanted into a new kingdom of peace that is cultivated in the same field from which the violent thornbushes were uprooted.

Divine Hours Prayer: The Request for Presence
Save me, O God, for the waters have risen up to my neck… — Psalm 69.1

Read more about Revelation of Love
Revelation is the story of all of the obstacles to our homecoming being systematically unlocked, opened up, or destroyed