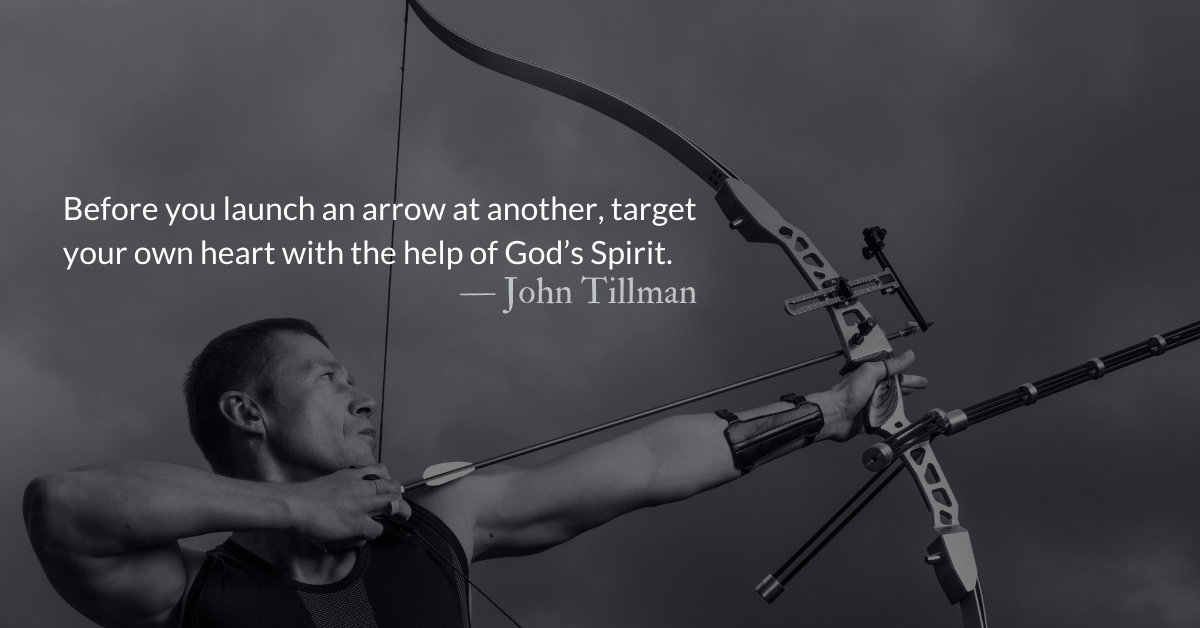 The Hero We Need Isn’t Jehu

Scripture Focus: 2 Kings 9.22-26
22 When Joram saw Jehu he asked, “Have you come in peace, Jehu?”
“How can there be peace,” Jehu replied, “as long as all the idolatry and witchcraft of your mother Jezebel abound?”
23 Joram turned about and fled, calling out to Ahaziah, “Treachery, Ahaziah!”
24 Then Jehu drew his bow and shot Joram between the shoulders. The arrow pierced his heart and he slumped down in his chariot. 25 Jehu said to Bidkar, his chariot officer, “Pick him up and throw him on the field that belonged to Naboth the Jezreelite. Remember how you and I were riding together in chariots behind Ahab his father when the LORD spoke this prophecy against him: 26 ‘Yesterday I saw the blood of Naboth and the blood of his sons, declares the LORD, and I will surely make you pay for it on this plot of ground, declares the LORD.’ Now then, pick him up and throw him on that plot, in accordance with the word of the LORD.”

Reflection: The Hero We Need Isn’t Jehu
By John Tillman

Joram’s death completes a prophecy against Ahab. Ahab was so evil that the writer of 2 Kings made a special mention (twice) that there never was anyone like Ahab, who chased after Baal and declared God and God’s prophets to be his enemies. If not for the actions of a few who resisted Ahab, all the prophets of the Lord and those faithful to Yaweh could have been wiped out.

After the murder of Naboth, God promised to wipe out Ahab’s family, then later delayed the judgment. After Ahab’s death, time was up. Justice rode into Samaria at the heels of Jehu. Like Jehu’s arrow that pierced Joram’s fleeing back, God launched Jehu, into the heart of Israel’s idolatry, targeting those responsible for violence and injustice.

Comparatively speaking, Jehu is probably the closest Israel ever came to having a righteous king who sought the Lord. However, that’s kind of like saying he was the best smelling dumpster fire in the alley.

Jehu’s brand of justice was blood for blood, deception for deception, and slaughter for slaughter.
Most of the time those who are used by God to carry out violent justice are then brought down in violence by God. Live by the sword, die by it. They aren’t good role models and we shouldn’t long to emulate them. Jehu wasn’t the hero Israel needed. He’s not the one we need either.

One thing Jehu got right was that we cannot have peace with God while serving other gods. Jehu was an incomplete savior who delivered an incomplete and unsatisfying justice. He failed to pierce the idolatry and injustice in his own heart. He destroyed the worship of one of Israel’s idols but left other corrupt worship practices in place.

We might like to picture ourselves as a Jehu. We may feel heroic riding to attack and destroy the idols of others. But what idols do we leave standing? What false gods are we at peace with? Before you launch an arrow at another, target your own heart with the help of God’s Spirit. How can there be peace, when our idolatry lives?

Jesus is the hero, the savior, we need. One day, Jesus will ride like Jehu, bringing final justice to evil. But now is the time of salvation when we can make peace with God through Christ. Now, Jesus extends his hands, offering forgiveness. Make peace with him today.

Read more about Ahab and David
Ahab’s murder of Naboth has some interesting parallels to David and the murder of Uriah.

Read more about Muscle Memory
Ahaziah adopted the sinful behavior of his father and suffered the same tragic death.