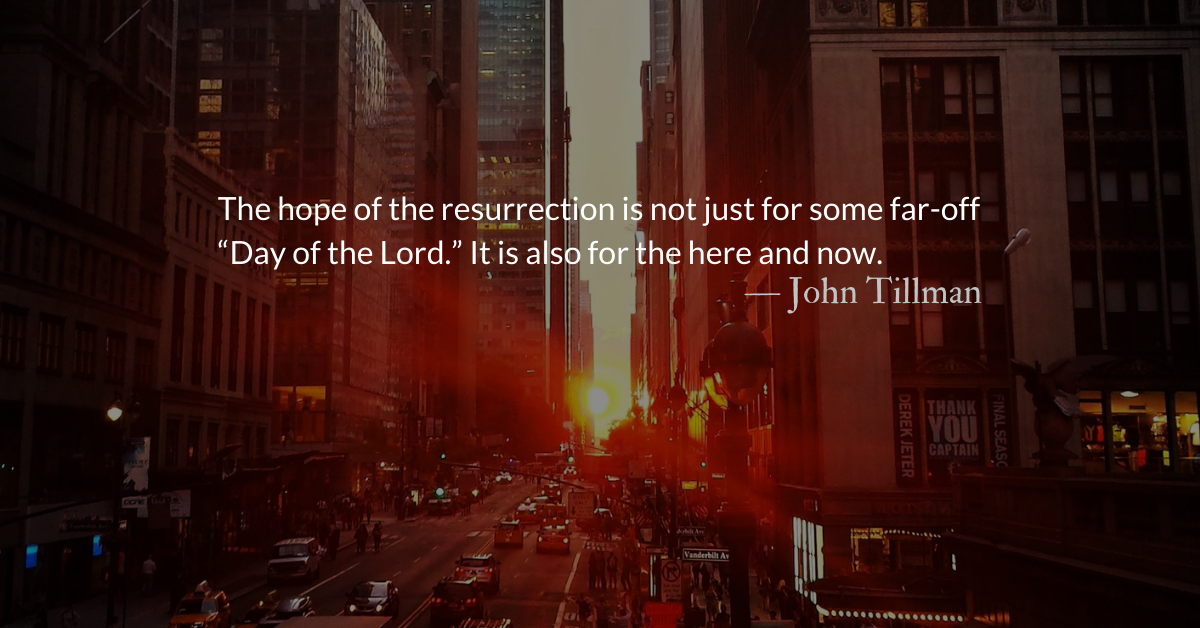 Pie In The Sky and Strange Fruit

Scripture Focus: 1 Corinthians 15.19
If only for this life we have hope in Christ, we are of all people most to be pitied.

From John: We are moving into an extremely emotionally charged weekend during which we will remember those who died in attacks on the United States twenty years ago. Many will try to make political hay from the deaths of the victims. At times like this, it is good to remember the resurrection and its true meaning. We also reflect on what it means that we serve a God who chose to suffer with us and on our behalf. This reflection from 2019 refers specifically to racial terrorism, but all forms of injustices we suffer, whether from foreign threats, lynch mobs, politically-motivated violence, or home-grown terrorists, will ultimately be set right by a God who entered injustice to give us his righteousness. The resurrection will steal the sting of earthly death and suffering. Amen.

Reflection: Pie In The Sky and Strange Fruit
By John Tillman

The hope of the resurrection is not just for some far-off “Day of the Lord.” It is also for the here and now.

The Corinthians struggled with false teachings regarding Heaven and resurrection. Prevailing Greek philosophy taught that bodies were evil and spirit was the ultimate existence. With this belief, bodily resurrection seemed like a punishment, rather than freedom.

Confusion about the resurrection and about Heaven are nothing new.

There have been times when those in power misused theology about the resurrection and Heaven. Preachers at times described Heaven as a pie-in-the-sky compensation for starving masses while they themselves sat with the powerful at supper, gorging on pie in the here and now. Some pastors partnered with the powerful, holding Heaven like a carrot in front of the mules, while cruel masters wielded a whip behind.

This kind of pie-in-the-sky teaching relied on the same un-Christian philosophies about spirit and body that Paul worked to debunk. It told the oppressed that the suffering of their bodies was acceptable, even desirable so that their souls could be saved. This twists Paul’s words in order to theologically defend keeping people in bondage and ignoring cries for justice.

Christ enters our sufferings with us. But our suffering is not salvific and our hope is not just for after this life.

Paul teaches us that the resurrection steals the sting of earthly death and suffering. Amen. All will ultimately be set right. Amen. Righteousness will flow like a mighty stream. Amen. The trees in the kingdom of God will bear fruit that heals the nation, redeeming the “strange fruit” of oppression and hate.

But the existence of ultimate justice does not allow us to ignore calls for justice now. In every community he visited and worked in, Paul encouraged the church to work for the good of their community and to spread the gospel. Nowhere did he counsel them to sit idly to wait on the heavenly city.

The power that raised Christ from the grave is available to us through the Holy Spirit. Seeking his guidance, may we act as representatives of God’s justice, and distribute the crop of healing for the nations.

*Strange Fruit – the story behind “The Song of the Century”, by The Salt Project and WFYI

Divine Hours Prayer: The Greeting
You are the Lord, most high over all the earth; you are exalted far above all gods. — Psalm 97.9

Read more about Prayers of Woe and Weeping :: Guided Prayer
Weeping for our own hurts and harms is one thing. Weeping for what grieves God is a prophetic task and a work of faith.

Read more about Purpose
Lay down your life. Put others first. Don’t manipulate people. Swallow the tendency to whine when you aren’t the center of the universe.