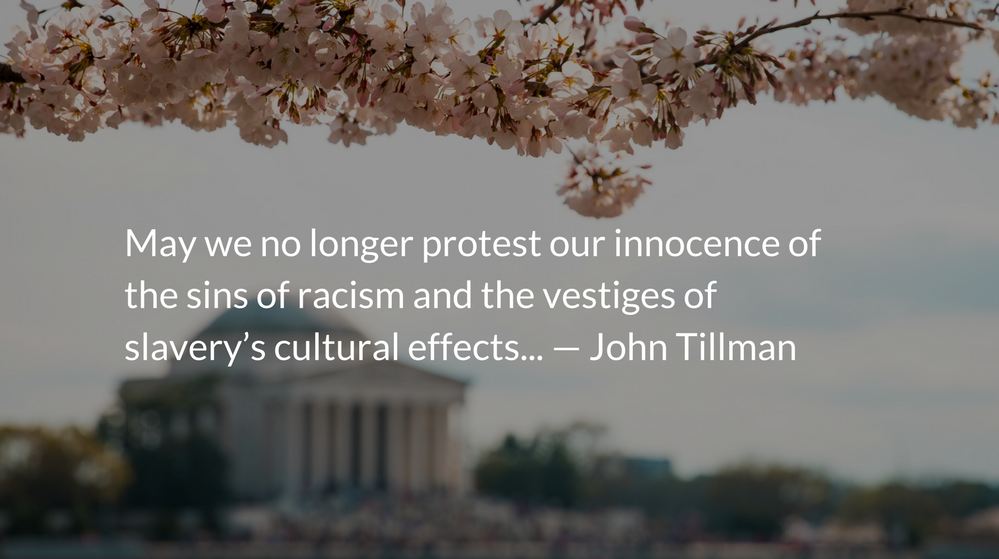 Scripture: Romans 11.1
I ask then: Did God reject his people? By no means!

Racial equality is a radical Christian concept that the world has never fully understood. Wherever slavery and racism are thought of as evil it is only because Christians taught society that it should be so.

Christianity has a robust theological basis for the rejection of racist ideology. Where many attempts to counter racism rely on simplistic concepts of accepting differences and getting along, Christianity goes deeper—asserting that at our core all humanity shares an essential nature of being image-bearers of God. This theology took centuries to affect global change in the church and the culture, but it has its roots with an early church father, Gregory of Nyssa.

Kimberly Flint-Hamilton highlights Gregory of Nyssa’s unique theology and rejection of the status quo of his day when it came to racism and slavery.

Slavery was very much accepted by everyone—Christians, Jews, and pagans alike. Church leaders accepted it just as absolutely as the rest of society.

It had been woven into the fabric of society for so long that it was accepted without question. It became convenient to subordinate theology to tradition, and to use Scripture as a tool to explain, justify, and even sanction the culture of slavery.

Trapped in that oppressive cultural matrix, most people were blinded to the injustices of slavery.

It takes courage to question the status quo and great strength to break the cultural bonds that shape our perceptions and understandings. This is what makes Gregory of Nyssa’s accomplishment so remarkable: he escapes from the invisible trap laid by generations of oppressors and confronts the established hierarchy.

Historically the church has fought so long against slavery and racist ideology that it will be a shocking setback if Christians today fail to summon the courage to resist (or admit to) the rise of racist groups in this new millennium. The way forward in dealing with racism is not denial or pride, but confession and humility.

May we no longer protest our innocence of the sins of racism and the vestiges of slavery’s cultural effects. May we instead confess these sins to God and to each other and move forward together in redemption.

*Quotes condensed from Kimberly Flint-Hamilton’s article, Gregory of Nyssa and the Culture of Oppression

The Refrain
For we are your people and the sheep of your pasture; we will give you thanks for ever and show forth your praise from age to age. — Psalm 79.13