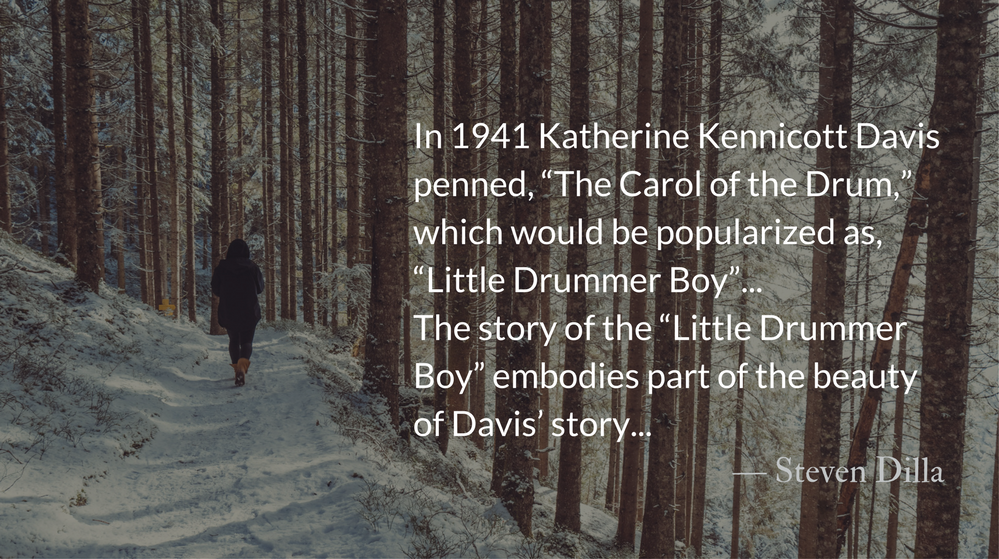 The town of St. Joseph, 60 miles north of Kansas City, MO, originally served as a starting point for the Oregon Trail. In its heyday, the streets would have been filled with thousands of pioneers provisioning for the final time before “jumping off”—a term used for leaving civilization behind for the nearly half-year journey west.

Almost thirty years after the Civil War, in 1892, Katherine Kennicott Davis was born into a second-generation pioneer family who had settled in the old trailhead town. By the time Davis was born the railroad had expanded and St. Joseph was no longer as influential. Much like the town they lived in, Davis’ family was neither culturally elite or affluent, but even as a child she showed unique talent which would shape her life.

While pioneers risked everything to travel from St. Joseph into the promise and peril of the Wild West, Davis would take her own risks, cutting her own path east. After graduating from Wellesley College in Massachusetts, she braved trans-Atlantic travel to study at the Royal Academy of Music.

Davis returned to the US and, with a world-class education, dedicated herself to teaching children music at various schools across New England. The majority of the more than 600 pieces Davis composed during her lifetime were for the children she taught.

In 1941 Davis penned, “The Carol of the Drum,” which would be popularized as, “Little Drummer Boy” when the Trapp Family Singers picked it up in 1955. Despite her volume of work and level of talent, Davis isn’t widely known for any other song.

The story of the “Little Drummer Boy” embodies part of the beauty of Davis’ story. The song begins with a boy taking a risk to travel and sit with someone great. The boy is aware of—but undeterred by—his simple heritage, offering his musical talent with great diligence. Though many might overlook such a musician, he receives the prize upon which his hope was set: the love of the One whom he has been playing for all along.

The Morning Psalm
Therefore my heart dances for joy, and in my song will I praise him. — Psalm 28.7