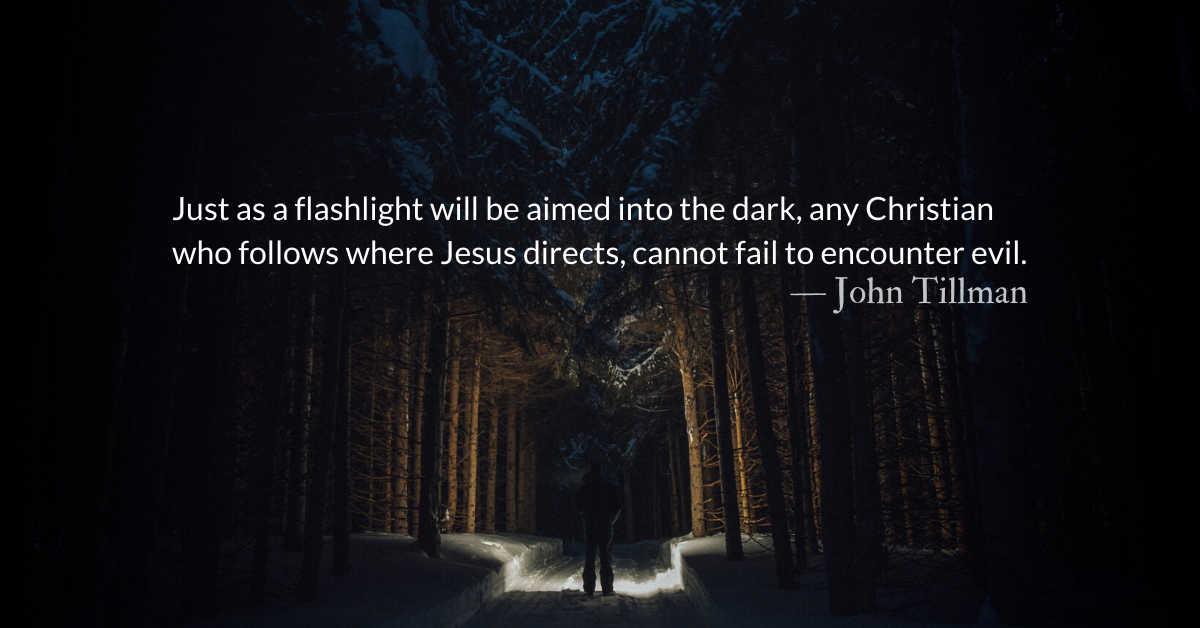 Scripture Focus: Proverbs 25.25-26
Like cold water to a weary soul
is good news from a distant land.
Like a muddied spring or a polluted well
are the righteous who give way to the wicked…

Luke 22.3-4, 21-23, 31- 34
Then Satan entered Judas, called Iscariot, one of the Twelve. And Judas went to the chief priests and the officers of the temple guard and discussed with them how he might betray Jesus…

…But the hand of him who is going to betray me is with mine on the table. The Son of Man will go as it has been decreed. But woe to that man who betrays him!” They began to question among themselves which of them it might be who would do this….

…“Simon, Simon, Satan has asked to sift all of you as wheat. But I have prayed for you, Simon, that your faith may not fail. And when you have turned back, strengthen your brothers.”
But he replied, “Lord, I am ready to go with you to prison and to death.”
Jesus answered, “I tell you, Peter, before the rooster crows today, you will deny three times that you know me.”

Tuesday and Wednesday of Holy Week are likely days on which Judas might have made his bargain with the religious leaders. Three gospel writers connect his motivation to do so to Christ’s rebuke of Judas when he complains about Mary of Bethany’s anointing of Jesus. This anointing could have occurred anytime between Sunday and Tuesday evening.

Luke and John tell us that “Satan entered” Judas (Luke 22.3; John 13.27). Some speculate that this indicates demonic possession or control over Judas. This is one possible interpretation, but we must remember that Jesus only a few chapters earlier said to Peter, “Get behind me, Satan.” (Matthew 16.21-23) It is possible that Jesus was rebuking Peter with an exaggerative metaphor, but it is also possible that Jesus’ meaning was literal and Satan entered Peter to speak to Christ in the same way he entered Judas to betray him.

Demonic possession does not seem to be the intended meaning of either passage. Neither Judas or Peter behave similarly to other biblical accounts of demonic possession. It is far more likely that they were being targeted by and influenced by Satan. The outcome of this influence is determined by their response.

Christ warns Peter that he is being targeted, but that Jesus has prayed for him to be strengthened after he “turns back.” It is Peter, who later describes Satan to us as a “roaring lion, seeking whom he may devour.” Peter should know, as he felt that lion’s teeth in his own life.

It is dangerous for Christians to imagine Satan behind every tree waiting to leap upon us but it is also dangerous for us to imagine Satan as a metaphorical illustration or a harmless foe. Satan is a limited, yet dangerous, creature. He is not omnipresent, nor all-powerful. Scripture tells us that it is possible for us to resist him, causing him to flee. Judas and Peter are examples of two men influenced by Satan and how they reconciled or failed to reconcile with Christ.

Just as a flashlight will be aimed into the dark, any Christian who follows where Jesus directs, cannot fail to encounter evil. We are arrows being fitted for Christ’s bow. We are destined to contend with the enemy. How will we respond?

As we practice the presence of God, we are arming ourselves for the presence of evil. As we have written before, spiritual disciplines do not prevent tragedies in our lives, but they change materially how we respond.

Divine Hours Prayer: The Morning Psalm
…For with you is the well of life, and in your light we see light.
Continue your loving-kindness to those who know you, and your favor to those who are true of heart. — Psalm 36.11-12

Read more about Our Opportunistic Opponent
I doubt that the devil has horns. But the problem of considering demonic influence in our world does have two horns on which we can be caught.

Read more about The Fragrance of Faith
Mary’s gift wasn’t practical. It was prophetic. It was a sacrificial gift. It was a lasting gift.