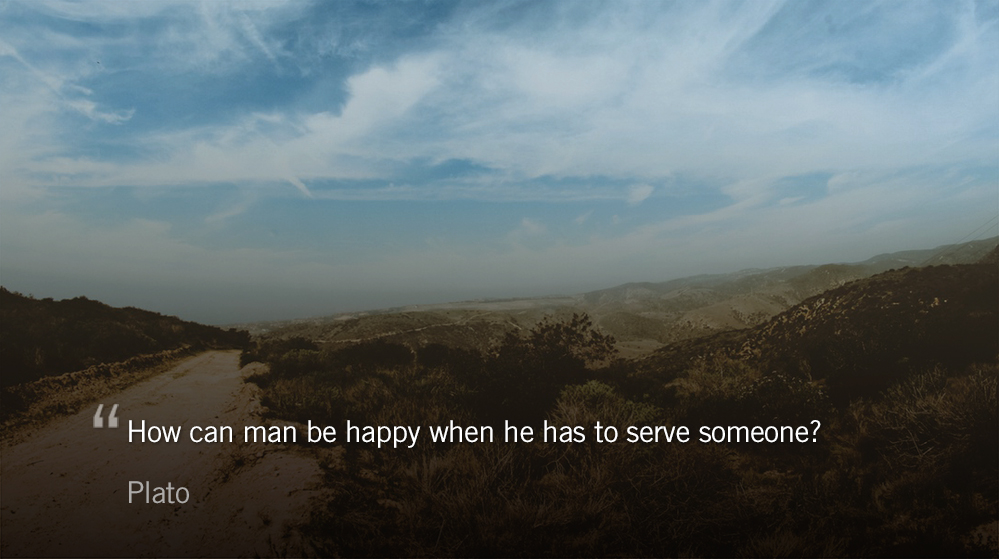 It is Better to Serve

“It is not right that we should give up preaching the word of God to serve tables.” — The Apostles (Act 6.2)

At first glance we must ask if this statement represents the apostles abandoning Christ’s calling. They say that it is not good for them to serve. The Greek word they use for “serve,” diakonia, appears multiple times in the New Testament, most notably in Christ’s words during the Last Supper:

These words mark Christ’s fulfillment of his message earlier in ministry: “The Son of Man came not to be served but to serve, and to give his life as a ransom for many.” In all cases, the word serve is the same Greek word as above.
Serving, diakonia, held a vastly different place in the first Church than it did in Greek culture. The word in its root form refers to the act of serving tables—a menial task, far below the elite Roman culture. “How can man be happy,” Plato asked, “when he has to serve someone?”
Because of Christ’s work as servant on our behalf, the role of diakonia took on a meaning in the early church that was foreign to Rome’s status-obsessed culture. Notice how the story unfolds in Acts 6:

“Therefore, brothers, pick out from among you seven men of good repute, full of the Spirit and of wisdom, whom we will appoint to this duty. But we will devote ourselves to prayer and to the ministry of the word.”

This wasn’t a relegation so the apostles could do what they wanted; they chose mature Christians to serve. This was a confession that in order for the gospel to spread the city would need Christ with them in both word and deed.
Stephen was among those chosen that day—his sermon effectively summarized the entire Hebrew Bible in light of Christ—he was a theological heavy-weight. And yet, like Christ, he humbled himself to serve.
In his act of humility, Stephen inherited an experiential understanding of Christ that fueled his other gifts. In this we see the apostles weren’t jettisoning Christ’s calling to serve, but fulfilling it through the unified service of Christ’s beloved Church.