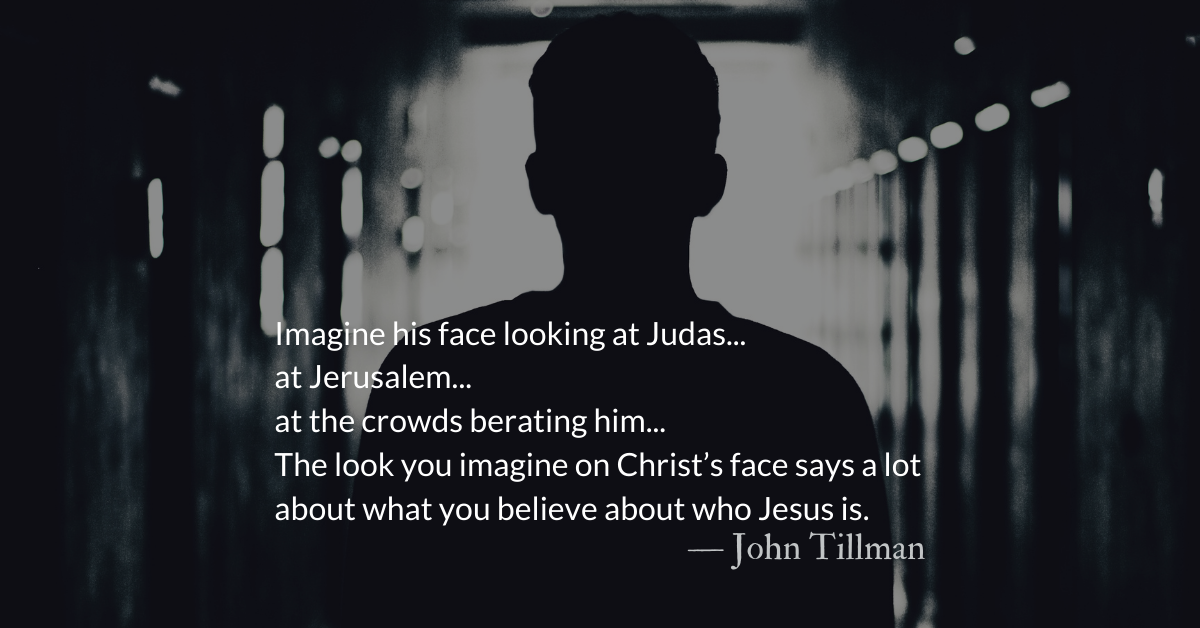 Scripture Focus: Mark 14.18-19
18 While they were reclining at the table eating, he said, “Truly I tell you, one of you will betray me—one who is eating with me.”

19 They were saddened, and one by one they said to him, “Surely you don’t mean me?”

Genesis 44.33
33 “Now then, please let your servant remain here as my lord’s slave in place of the boy, and let the boy return with his brothers.

From John: In 2019, when I first wrote this post, I missed that it also applied so well to what is happening in the Old Testament passage. After Judah’s impassioned plea, Joseph meets his betrayers with a preview of the forgiveness offered to the repentant by Jesus. We all need a reminder from time to time that when we inevitably betray Christ, he will receive us back.

He was betrayed on a national level.

Jesus was the rightful king. The Messiah. But he was never accepted by those in power. He was the rejected king, the rejected cornerstone. In some ways, he was never truly allowed to return from exile in Egypt, being forced to live his entire life in obscurity. Even at the height of his popularity he stayed in out of the way places to avoid those who wanted to kill him. He only returned to Jerusalem at the end of his ministry for the purpose of being rejected and killed.

He was betrayed on a broad, societal level.

Jesus experienced Twitter-storm levels of betrayal. The religious leaders, just a few days prior, wanted to arrest and kill Jesus but refrained for fear of the great crowd that supported him. In a matter of hours, the crowd that was his protection, became the engine that drove the wheels of government to crush him.

He was betrayed on an intimate and personal level.

Even though Jesus knew betrayal by Judas was coming, the intimacy of it—the sign of the kiss—still shocked him. And Peter’s betrayal, cursing and denying Christ after so boldly claiming that all could fall away and he would still not, is one of the most heart-wrenching moments of the New Testament. The account in Luke contains the cinematic detail of Christ, in the midst of being beaten and accused, hearing the cock crow and turning to catch Peter’s eye just after what Peter had done.

Read more about Praising Christ’s Righteousness
Praise God we are free from the delusion that humans and human institutions are infallible.

Read more about The Naked Emotion of God
Hosea…shows us a God unashamed of shame, nakedly confessing his love for the unlovable.