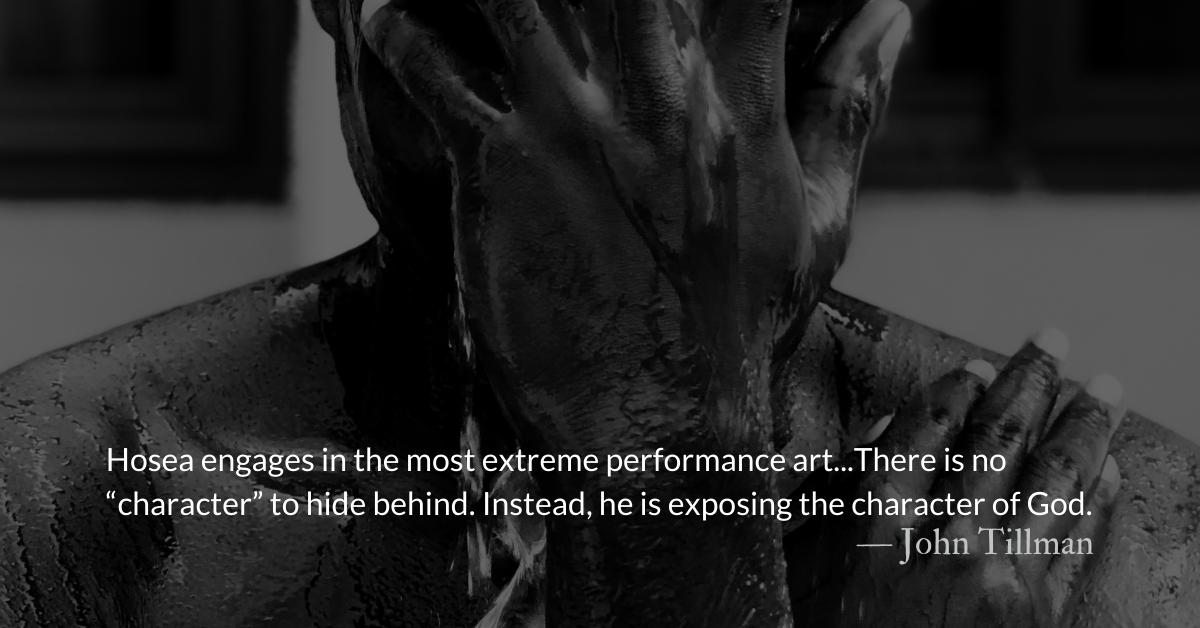 The Naked Emotion of God

Scripture Focus: Hosea 1.2
2 When the LORD began to speak through Hosea, the LORD said to him, “Go, marry a promiscuous woman and have children with her, for like an adulterous wife this land is guilty of unfaithfulness to the LORD.”

Reflection: The Naked Emotion of God
By John Tillman

From the life of Daniel, exiled in Babylon, we travel back in time to a pre-exile Israel and the life of Hosea.

Abraham Heschel explained that other prophets focus on what God has done for his people, while Hosea tells us more of what God feels. (The Prophets)

Many prophets engaged in actions that today would be considered questionable stunts. They publicly insulted kings and officials. They wore strange clothing or no clothing, going naked. (Isaiah 20.1-4) They wore the yoke of oxen. (Jeremiah 27.1-15) They starved. They ate disgusting foods. They built and destroyed elaborate models. They lay in one place for months. They sang offensive songs with pornographic lyrics. (Ezekiel 23.14-21)

In marrying Gomer, Hosea engages in the most extreme performance art depicted in the Bible or performed anywhere. It is more all-encompassing than the way Sacha Baron Cohen plays his character of Borat in real life situations. It is beyond the way Steven Colbert created a character out of his own name and likeness for The Daily Show. Hoseas’s stunt goes beyond acting or putting on a show. It is his real life. There is no “character” to hide behind. Instead, he is exposing the character of God.

Pain and anguish of heart are front and center in a scandalous way in Hosea. This shows us a God unashamed of shame, nakedly confessing his love for the unlovable.

Our God uses the foolish to shame the wisdom of this world and the weak to break the strength of the strong. He loves us, the unlovable. He is faithful to us, the unfaithful. He is unashamed of us, the shameful.

When all else is stripped away, the naked emotion of God, seen in Hosea and seen on the cross, is love.

To the world, this is foolishness, but to we who are being saved, it is the power of God.

Read more about Christ, Our Undeserved Friend :: A Guided Prayer
Though my sins and weakness he sees,
My case before the Father, pleads.
He knows my state and yet he bends
God’s ear to me, for me contends.

Read more about The Flavors of Betrayal
Where do we find ourselves in the garden? What form does our betrayal and abandonment of Jesus take?