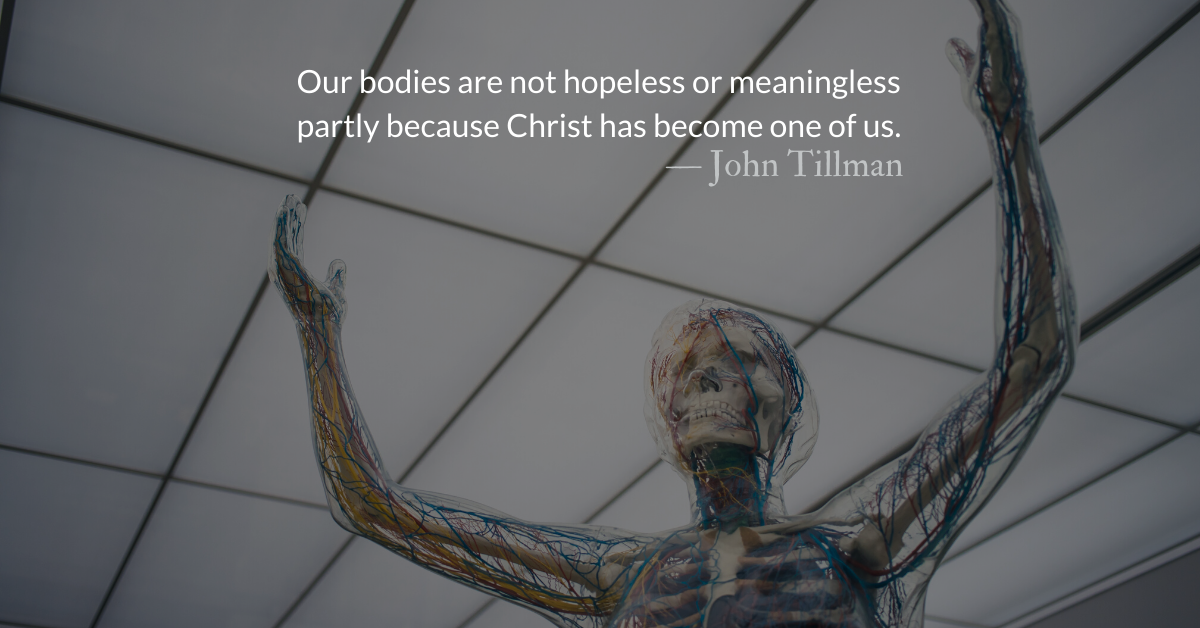 Ennobled by the Incarnation

Scripture Focus: Scripture: Hebrews 2.14-15
Since the children have flesh and blood, he too shared in their humanity so that by his death he might break the power of him who holds the power of death—that is, the devil—and free those who all their lives were held in slavery by their fear of death.

Reflection: Ennobled by the Incarnation
By John Tillman

Jews were accustomed to visitations of God in various categories but Jesus frustrated and overturned their expectations.

They were used to ambiguous messengers such as the three “men” who visit with Abraham (Genesis 18.16-17) prior to Isaac’s birth and the destruction of Sodom, the “angel” who wrestles with Jacob (Genesis 32.24-30), and the “Commander of the Lord’s Armies” who speaks to Joshua (Joshua 5.13-15). Some interpret these as angels speaking for the Lord but some call them “theophanies” or appearances of God, or even of a pre-incarnate Jesus.

In Hebrews, Jesus is the redeemer Job prophesied would “stand upon the Earth (Job 19.25).” The writers remove ambiguity, proclaiming the humanity and divinity of Jesus without sacrificing either to better explain the other.

Jesus comes not to condemn our humanity but to share in it. The incarnation is an ennobling epiphany. (Hebrews 1.3; Colossians 1.15-18) Our bodies are not hopeless or meaningless partly because Christ has become one of us.

To the gnostics, the early church had to emphasize that Jesus was not an incorporeal spirit, pretending to have a body. In more modern terms, Jesus is not a spirit-alien wearing a flesh-space-suit. Jesus is the most “real” human to ever have lived.

Christ’s human “realness” makes the gospel tangible. His defeat of death was not symbolic but actual. Jesus did real things in the real world and calls us to be real human beings who act to benefit our world in real, tangible ways.

Just as Jesus came to us humbly we are commanded to humbly go to others. Just as Jesus was able to live among us we are sent to live among people. Jesus shared in our humanity in order to reach us, so we should share in the humanity of those around us as we walk and serve as his hands and feet on Earth.

How is Jesus calling you to enter and experience the humanity of your community to enact the gospel?

Divine Hours Prayer: A Reading
That evening they brought him many who were possessed by devils. He drove out the spirits with a command and cured all who were sick. This was to fulfill what was spoken by the prophet Isaiah: “He himself bore our sickness away and carried our diseases. — Matthew 8.16-17

Read more about The Internet as Babel
When you are worshiping them, idols don’t seem religious. They seem immensely practical.

Read more about God Who Speaks
The Jews this text was written to were people accustomed to the idea of a God who spoke. Most religions were not. Most gods don’t speak. But our God does.