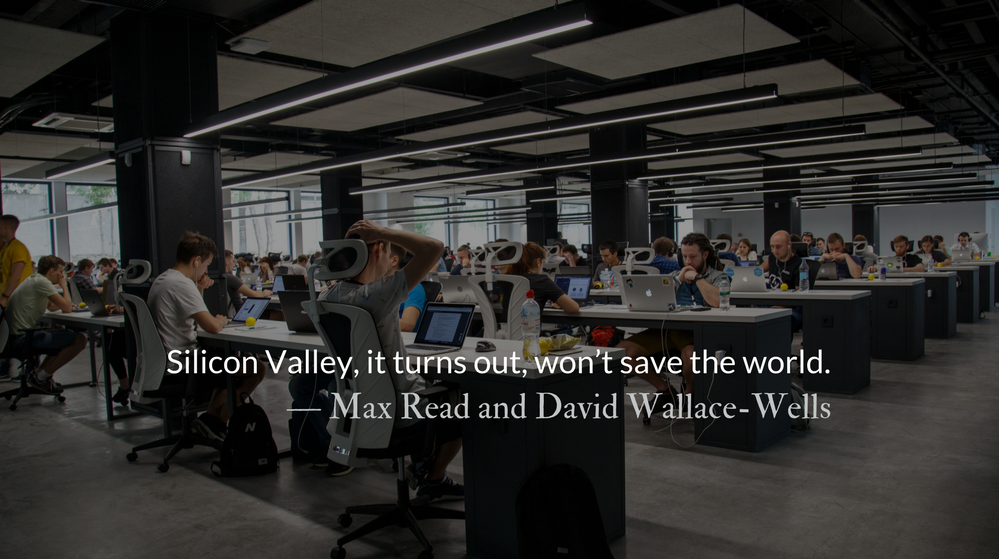 The Internet as Babel

Scripture: Hebrews 2.11
Both the one who makes people holy and those who are made holy are of the same family. So Jesus is not ashamed to call them brothers and sisters.

Reflection: The Internet as Babel
By John Tillman

In many ways the ideals of the Internet’s creators are similar to those of Babel’s builders. We will succeed by our own strength and ingenuity. We will be united across the entire earth. We will not be forgotten. We will advance knowledge.

But today, most agree that the Internet has allowed ingenuity to weaken us rather than strengthen us, to divide us rather than unite us. It has made us forgetful rather than observant of the past, and has advanced falsehoods rather than knowledge.

If the tech industry likes to assume the trappings of a religion, complete with a quasi-messianic story of progress, the Church of Tech is now giving rise to a new sect of apostates, feverishly confessing their own sins. And the internet’s original sin, as these programmers and investors and CEOs make clear, was its business model.

There is no one more fanatically, evangelistically creative than a content marketing company looking for a higher click-thru rate. Read and Wallace-Wells continue:

The technological elite needed something to attract billions of users to the ads they were selling. And that something, it turns out, was outrage.

Whatever you might say about broadcast advertising, it drew you into a kind of community, even if it was a community of consumers. The culture of the social-media era, by contrast, doesn’t draw you anywhere.

It meets you exactly where you are, with your preferences and prejudices — at least as best as an algorithm can intuit them. “Microtargeting” is nothing more than a fancy term for social atomization—a business logic that promises community while promoting its opposite.

Silicon Valley, it turns out, won’t save the world.

The false community we cling to in our divisive battles is not actually community but tribalism similar to that recently defined by Ed Stetzer.

The last people who should be surprised by the failure of an idol to save, are the people of God. But we often are. Usually because we don’t yet realize that what we are clinging to is an idol.

When you are worshiping them, idols don’t seem religious. They seem immensely practical. Technology hasn’t tricked us any more than wooden and gold idols tricked the ancients. We deceive ourselves.

Babel’s redemption began at Pentecost and Jesus pointed his disciples toward this gift during the time between his resurrection and his ascension.

The power we need to connect rather than reject others comes from the Holy Spirit. It is in regular spiritual rhythms of Bible reading, reflection, prayer, and community that we will find the only source of love that breaks down tribal barriers and forces us to unselfishly engage the world.

Prayer: The Greeting
O God, you know my foolishness, and my faults are not hidden from you. — Psalm 69.6