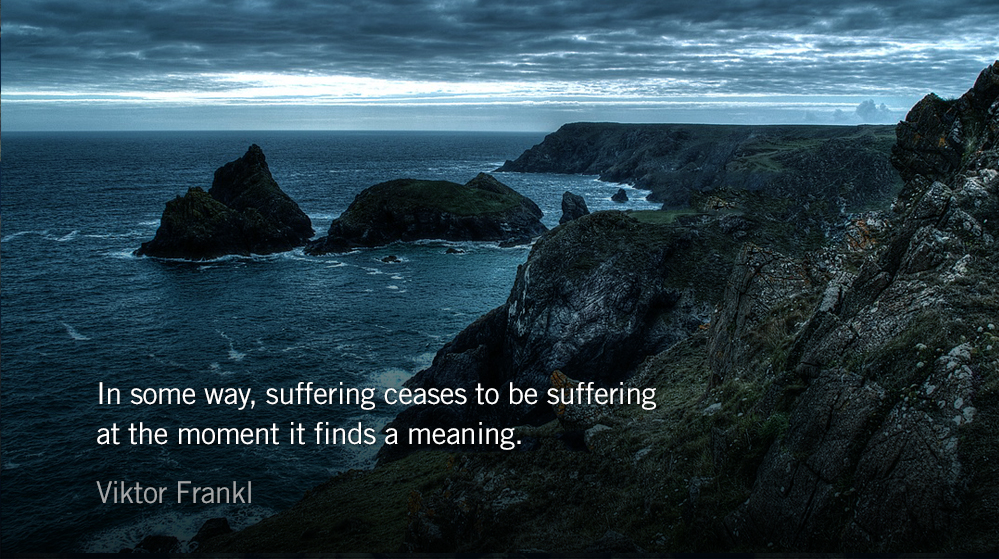 The depth of Christ’s humiliation is astonishing. His life was marked by radical marginalization and poverty; he was born a political refugee, grew up a subsistence-level worker, and died homeless and possessionless.

If we believe Christ suffered because he wants us to emulate his example, our lives will be known for their striving and either frustration (for failing) or pride (for succeeding on our own power). Fortunately the New Testament paints a different picture.

Viktor Frankl observed, “In some way, suffering ceases to be suffering at the moment it finds a meaning.” No stranger to suffering, Dr. Frankl was a psychotherapist who willingly stayed in Austria and endured the holocaust. Of his time in the concentration camp, he wrote, “There was no need to be ashamed of tears, for tears bore witness that a man had the greatest of courage, the courage to suffer.”

This way of understanding suffering demonstrates why Christians have, for centuries, referred to Christ’s suffering as his passion. In modern culture passion is defined as powerful feelings or interest. The historic word comes from the Latin, pati: to suffer.

Following a true passion is a journey of suffering defined not by the intensity of positive emotion, but the willingness to endure for a greater reality. Most people do not miss out on their passions because they have been held back from expressing emotion or desire, but because they were unwilling to courageously place their faith outside of themselves.

It is only through dying to ourselves and placing our passion in Christ that we truly live. It is Christ’s love born in us that gives us hope and a future—never more than in suffering. “Love is the ultimate and the highest goal to which man can aspire,” reflected Dr. Frankl. Reflecting on his time in the concentration camp, he concludes:

The salvation of man is through love and in love. I understood how a man who has nothing left in this world still may know bliss, be it only for a brief moment, in the contemplation of his beloved. In a position of utter desolation, when man cannot express himself in positive action, when his only achievement may consist in enduring his sufferings in the right way—an honorable way—in such a position man can, through loving contemplation of the image he carries of his beloved, achieve fulfillment. For the first time in my life I was able to understand the meaning of the words, ‘The angels are lost in perpetual contemplation of an infinite glory.’