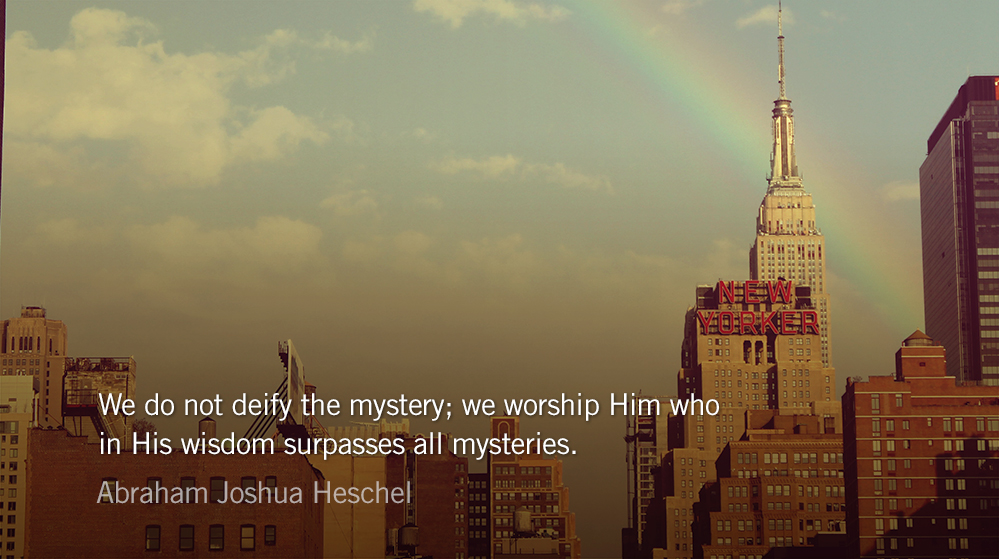 We do not deify the mystery; we worship Him who in His wisdom surpasses all mysteries.

At the set time that I appoint I will judge with equity. When the earth totters, and all its inhabitants, it is I who keep steady its pillars.

Then shall all the trees of the wood shout for joy before the Lord when he comes, when he comes to judge the earth. —Psalm 96.12