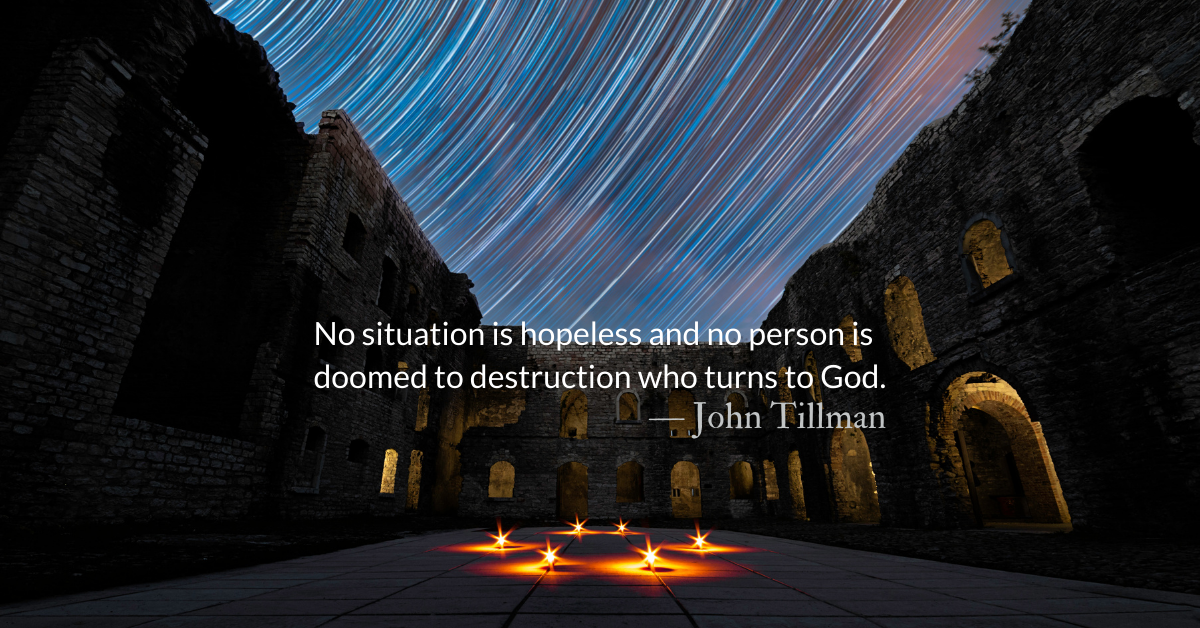 Becoming Part of the Promise

Scripture Focus: Joshua 2.8-11
8 Before the spies lay down for the night, she went up on the roof 9 and said to them, “I know that the Lord has given you this land and that a great fear of you has fallen on us, so that all who live in this country are melting in fear because of you. 10 We have heard how the Lord dried up the water of the Red Sea for you when you came out of Egypt, and what you did to Sihon and Og, the two kings of the Amorites east of the Jordan, whom you completely destroyed. 11 When we heard of it, our hearts melted in fear and everyone’s courage failed because of you, for the Lord your God is God in heaven above and on the earth below.

Reflection: Becoming Part of the Promise
By John Tillman

Those who feel powerless to stop sexual victimization will often attempt to profit from it and Rahab had carved a place for herself in the power structure of Jericho.

Her brothel, situated strategically in the wall of the city and near the gate, was a natural place to search for unsavory, shifty spies in the land. The leaders knew that if there were trouble-makers, Rahab would have seen them. If there was trouble coming, Rahab would have heard of it.

She had heard of trouble, probably from the bedside whispers of some of these same men. The rumors coming out of the desert told of a people whose God fought for them. A God so powerful that his people couldn’t be cursed. Armies fled before them. Canaanite gods were powerless.

Sending the leaders away with a plot of misdirection, Rahab plotted a new direction in life as she climbed up to the spies hiding on her roof.

I imagine her sitting on the roof with Abraham’s promised children, not yet equal in number to the stars they sit under. There, she delivers to their ears the pillow talk of her clients. The powerful kings of Jericho and surrounding towns were melting with fear. Rahab asks to be accepted by this powerful God who is not only in the heavens but active upon the Earth.

In this act, Rahab the Canaanite prostitute becomes a part of the Abrahamic promise. The promise itself would pass through her womb as one of the Canaanite grandmothers of Jesus. God who promised Abraham these children, numbered like stars, would fulfill to an infinite degree the promise he made to Abraham to bless the nations, through the fruit of Rahab’s womb.

No situation is hopeless and no person is doomed to destruction who turns to God. No matter what niche of the economy we feel trapped in or what political citadel demands our loyalty, like Rahab, we can climb on the roof, look to the stars, and join the children of the promise. We can help birth God’s promise on Earth to benefit others.

Divine Hours Prayer: The Refrain for the Morning Lessons
The Lord has sworn an oath to David; in truth, he will not break it:
“A son, the fruit of your body will I set upon your throne.” — Psalm 132.11-12