Scripture Focus: Psalm 109.16-20
16 For he never thought of doing a kindness,
but hounded to death the poor
and the needy and the brokenhearted.
17 He loved to pronounce a curse—
may it come back on him.
He found no pleasure in blessing—
may it be far from him.
18 He wore cursing as his garment;
it entered into his body like water,
into his bones like oil.
19 May it be like a cloak wrapped about him,
like a belt tied forever around him.
20 May this be the Lord’s payment to my accusers,
to those who speak evil of me.

Vengeful-sounding songs in the Bible make some people uncomfortable but we seem comfortable with revenge songs in general. Many genres have them but perhaps the most famous ones come from American Country music. If you’ve ever heard a crowd begin shout-singing along to, “I dug my keys into the side of his pretty, little, souped-up, four-wheel drive…” (Before He Cheats — Carrie Underwood) you’ve glimpsed the gusto with which our hearts cry for even a semblance of justice.

True justice eludes most revenge songs. They celebrate revenge in justice’s absence. When there is no justice, revenge is what we settle for. If we don’t trust in God, revenge may be all we think there is to justice.

David trusts God and cries out for vengeance from God’s hand, not his own hand. David’s curses are requests for God to act and he draws a contrast between himself and his accuser. His adversary loves pronouncing curses. He hounds the poor to harm them, not to bless them, wearing curses like a garment.

Like David’s adversary, our culture proudly wears the garment of cursing others, blaming them, doxxing them, pursuing them to exhaustion, destruction, or even their death. These curses seep into our hearts. The spirit of our age is one of wrath and revenge. The Spirit of Christ is one of radical redemption.

This past Monday, we read one of several “eye for an eye” passages in the Law. Despite how some people interpret these passages, God never intended for humans to stand around, poking each other’s eyes out. “Eye for an eye” and the Golden Rule aren’t in conflict, but cooperation. They are two sides of the same coin. Reactive justice points to preemptive grace.

We can still pray with imprecatorial honesty, crying out for justice, not just for ourselves but for all pursued and crushed by evil.

Our cries will be answered by Jesus, the one to whom all judgment is entrusted by the Father. In him alone all harm will be healed and all evil destroyed. All evil and lies will be cut down. Jesus alone can turn revenge into redemption.

Divine Hours Prayer: The Greeting
In you, O Lord, have I taken refuge; let me never be put to shame; deliver me in your righteousness. — Psalm 31.1

Read more about Abandon Human Vengeance
In a culture in which vengeance drives a machine of violent rhetoric which leads to physical violence, Christians have a responsibility to break the machine.

Read more about The Maddest Prophet, The Saddest Prophet
Jonah doesn’t want a savior. He wants a weapon. God will not be made into a tool for us to destroy our enemies. 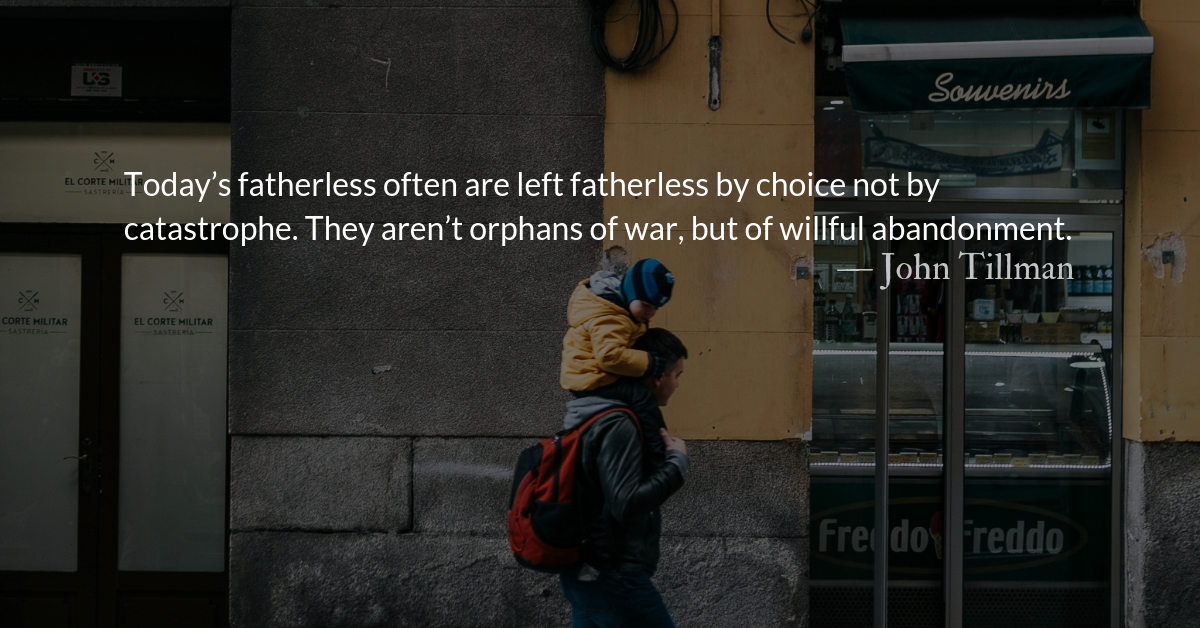 Helping Fathers and the Fatherless

Psalm 109.9-12
May his children be fatherless
and his wife a widow.
May his children be wandering beggars;
may they be driven from their ruined homes.
May a creditor seize all he has;
may strangers plunder the fruits of his labor.
May no one extend kindness to him
or take pity on his fatherless children.

Reflection: Helping Fathers and the Fatherless
By John Tillman

People of David’s time understood that fatherlessness was a known cause of suffering for children and families. If children were fatherless, they were expected to be poor, wandering beggars. God’s people are commanded to be compassionate to widows and orphans precisely because God knew and cared for their hardship.

According to Vincent Dicaro at the National Fatherhood Initiative, fatherhood in the United States has made some gains in recent years, but not for everyone.

“While it is true that among middle-class families, father involvement is looking very good, it is also true that America has record levels of father absence, a crisis that mainly affects lower-income families. In fact, 24 million children, 1 out of every 3, lives in a home in which their biological father does not live. That rate is closer to 2 out of 3 in the African American community. And among those children living in father-absent homes, 1/3 have no contact with their dads, and another 1/3 have contact once per month or less.

So, the picture is actually quite bleak in too many communities across the country.”

Fathers in our communities need the church’s help and support, not our judgment. The fatherless are in our communities not to suffer for the sins of their parents, but that we might have an opportunity to demonstrate the love of God, their true Father.

May we, along with introducing our communities to God the Father, introduce them to a definition and example of fatherhood that is based on the love that God has shown us.

May we work to ensure that the benefits of fatherhood and the resources needed to be a good father are spread to all levels of our communities.

May we lovingly bless the fatherless in our communities knowing that they are not there because of the sin of themselves or their parents, but that through them we might show the glory of God.

Prayer: The Call to Prayer
Come now and see the works of God, how wonderful he is in his doings toward all people. — Psalm 66.5

Read more about Fatherhood’s Collapse, Love’s Destruction
Our view of love is anemic because our view of fatherhood is so damaged. It is God’s fatherhood that gives the depth, intimacy, and love we desire most

Read more about The Father of Fathers
You are the Father all fathers should be.
Gentle. Caring. Loving. Righteous. Just.