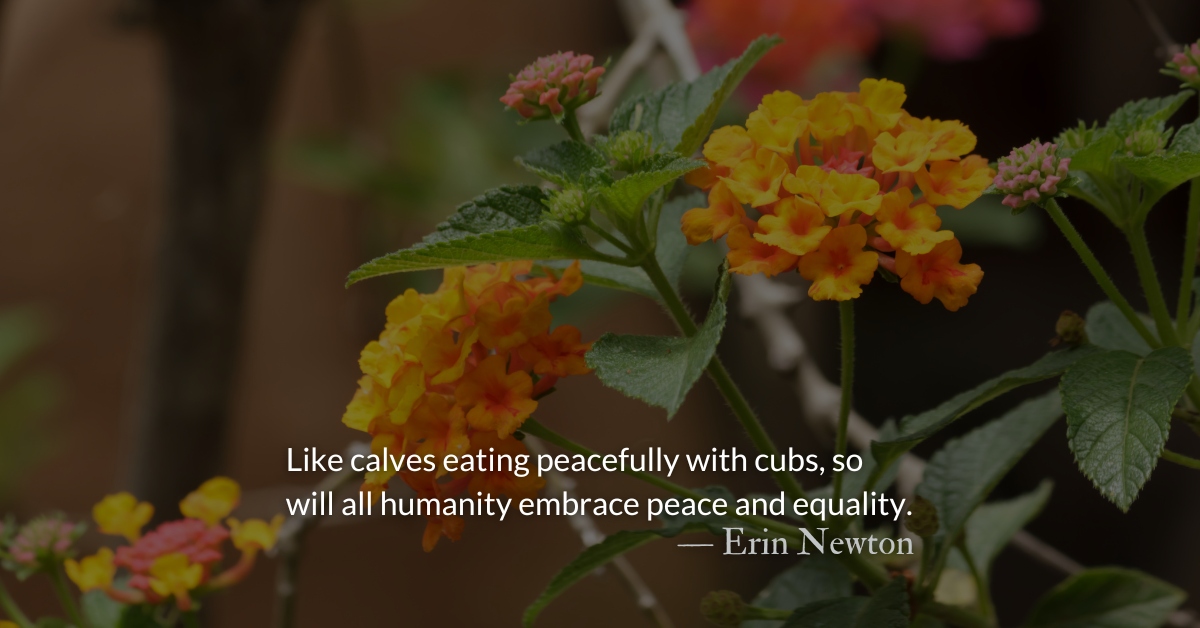 A King Unlike Any Other

Scripture Focus: Isaiah 11.3b-4a
3 … He will not judge by what he sees with his eyes,
or decide by what he hears with his ears;
4 but with righteousness he will judge the needy,
with justice he will give decisions for the poor of the earth.

Reflection: A King Unlike Any Other
By Erin Newton

Here in Texas, we love drought-resistant plants like lantana. Each winter, however, one must cut it down to the ground. All winter the tiny stump endures the harsh cold. By the look of it, this plant is dead. But without fail, each spring the tiniest of green leaves emerge. Within weeks, it returns to its former glory, full of flowers.

Isaiah prophesied about the coming destruction of Jerusalem. The city and the people were to be cut to the ground. The entire Davidic family tree would be felled by the invasion of the Assyrians and Babylonians. All that would remain of Israel was a stump. A signal of the end of growth. Not the uprooting of a weed that is tossed away and forgotten. A mournful sign for all to see.

Despite this dreadful warning of judgment, the prophet turns to deliver a message of hope. Growing out of death would be a sprig of life. From a stump would be a sprout of hope. But this new growth was different from the stump. Although the roots were the same, identified as the same type of tree, this shoot would bear fruit and reverse the world order.

The offshoot would function in a judicial way, the key role of an Israelite king. But the prophet points out this king would be unlike former kings. The Spirit of the Lord would rest upon him much like it did for David and Solomon, but the result would be a perfect system of justice. This king would not be swayed by popular opinion or persuasive orators.

In righteousness he would judge. The powerful would become weak. The lowly would be raised up in dignity. Isaiah describes the reversal of the animal kingdom too. The adversarial role of predator and prey is demolished. Like calves eating peacefully with cubs, so will all humanity embrace peace and equality.

This is the work of the Wonderful Counselor, Prince of Peace. Unlike Israel, waiting for the Spirit of God to return in salvation, we know that this prophecy of hope was fulfilled in Jesus Christ.

This chapter and the song of praise that follows are opportunities for us to meditate on the drastic difference between Jesus and any leader we have ever known. Even with the Spirit upon the ancient kings, none could compare with Christ. Let us remember this as leaders today vie for our devotion.

Divine Hours Prayer: A Reading
Jesus taught us, asking: “How can you believe, since you look to each other for glory and are not concerned with the glory that comes from the one God?” — John 5.44

Read more about Hope In the Tree of the Cross
At the roots of the tree of the cross, we find healing, peace, and power. As we follow Christ, we will become like this tree.

Read more about Hope Amidst Destruction
Amidst crumbling moral foundations and corrupt spiritual leadership the Lord always reserves a remnant.