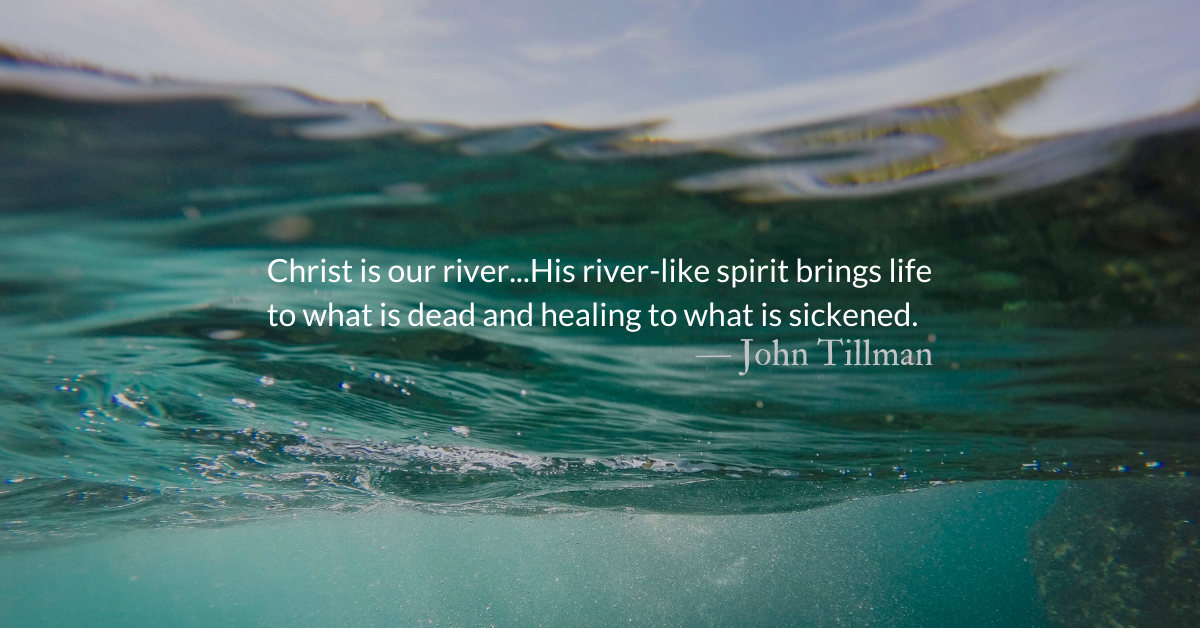 Christ our Temple, River, and City

Scripture Focus: Ezekiel 48.35
“And the name of the city from that time on will be: the Lord is there.”

Reflection: Christ our Temple, River, and City
By John Tillman

Ezekiel spends a huge amount of his text describing the terrors, the corruption, and injustice of the city of Jerusalem and its Temple. Then, in his final chapters, he gives us a vision of a new temple, a river, and a city to come.

This temple and city Ezekiel describes bear little resemblance to the temple he knew or the temples to come in the future. In just one example, in chapter 47, Ezekiel describes a river that flows from the restored Temple. The river grows deeper and wider, until it can no longer be crossed. When this river meets the Salt Sea, the Dead Sea, it makes it alive again, bringing back to life not only the aquatic life, but the entire ecological system.

If Ezekiel’s visions sound familiar, it may be because, in Revelation, John’s visions of God’s city and the river flowing from it are remarkably similar.

Just because God’s city and temple have only been seen by visionaries and prophets, doesn’t mean they aren’t real or accessible to us today. John and Ezekiel may not intend to show us a physical temple or city that we will ever see on earth, but rather something else entirely.

Perhaps the temple of Ezekiel has never been seen on Earth because it is not a temple built by human hands. Perhaps the temple Ezekiel sees is the same one Christ told the Pharisees could be destroyed and rebuilt in three days.

Christ himself is our temple. He is the gate, the doorway, through which we enter to worship. He is our priest, he is the offerer of the only sacrifice capable of covering our sin and our only mediator before God.

Christ is our river, flowing as the Holy Spirit into our lives, into our cities, into our dead, dry, and poisoned environments. His river-like spirit brings life to what is dead and healing to what is sickened by the waste products of our sins’ industrious and destructive revolution.

Christ is our city. He is our refuge and rest—our strong tower and protected place—our park of peace in the midst of a frantic and fracturing world.

We say, “amen” to these visions.

May we regularly enter the peace of this city, be nourished by this river, and be made righteous in this temple.
May the temple, the city, and the river of these visions come.
May we dwell in the city called, “The Lord is there.

Read More about Last Priest Standing
We can rest in the security of knowing that our eternal priest, Jesus the Christ, is forever working for the salvation of those who seek him and he is alive to intercede before God on our behalf.

Read More about Hope Among the Traumatized
This river of living water from the Temple changes the entire environment, bringing life even to the Dead Sea.