Scripture Focus: 1 Kings 10.1-7
1 When the queen of Sheba heard about the fame of Solomon and his relationship to the Lord, she came to test Solomon with hard questions. 2 Arriving at Jerusalem with a very great caravan—with camels carrying spices, large quantities of gold, and precious stones—she came to Solomon and talked with him about all that she had on her mind. 3 Solomon answered all her questions; nothing was too hard for the king to explain to her. 4 When the queen of Sheba saw all the wisdom of Solomon and the palace he had built, 5 the food on his table, the seating of his officials, the attending servants in their robes, his cupbearers, and the burnt offerings he made at the temple of the Lord, she was overwhelmed.
6 She said to the king, “The report I heard in my own country about your achievements and your wisdom is true. 7 But I did not believe these things until I came and saw with my own eyes. Indeed, not even half was told me; in wisdom and wealth you have far exceeded the report I heard.

Matthew 12.42
42 The Queen of the South will rise at the judgment with this generation and condemn it; for she came from the ends of the earth to listen to Solomon’s wisdom, and now something greater than Solomon is here.

Reflection: Truth That Surpasses the Legend
By John Tillman

Solomon, with no enemies of consequence, settled in the peace established by his father, had great opportunity, great wealth, and was blessed with great wisdom. Using these gifts, he pursued God through the building of the temple. He also pursued answers to life’s great questions, as cataloged in Ecclesiastes.

Solomon, like many leaders, eventually fell into corruption, however, for a time, he was a great influence on the world. He was a legend in his own time. There are many legends of ruthless, rich, and powerful kings. Solomon’s legend, in contrast, was about “his relationship with the Lord.”

The Queen of Sheba came to evaluate that legend. Like any noble visitor, the queen carried expensive gifts, but the most precious cargo to her was an exacting examination of puzzles and riddles. A doubter, she debated with Solomon, attended banquets, and observed his worship at the Temple.

It is likely that people we know have big and difficult questions about faith. We may feel queasy about people’s questions. We aren’t Solomon’s equal in any realm, much less that of wisdom. What if we don’t know the answers?

We don’t need to fear questions, even if we don’t know the answers. Someone greater than Solomon is here with us—Jesus.

Every time Jesus mentions Solomon, it’s to point out something greater than Solomon. A flower’s glamour exceeds Solomon’s robes and the wisdom of Jesus’ teaching exceeds that of Solomon.

We may not be as widely known as Solomon, as wealthy, or as wise. But followers of Christ have some commonalities with Solomon. Because of Christ, we are settled at peace with God the Father. We have no enemies of consequence who can break through his protection. We are blessed through the Holy Spirit with the wealth and wisdom of Christ. His mind, his love, and his wisdom are accessible to us. Using these gifts we can pursue God, serving and worshiping him in the temple of our bodies and that of the universal church. We also can proclaim that answers to life’s great questions are found through Christ in the Bible.

Accept unbelievers’ questions as precious gifts. When they express doubts, honor and respect their vulnerability. Humbly admit your own doubts or ignorance. Speak of Jesus—encourage them to seek him. If doubters interrogate Jesus with the same spirit as the Queen of the South did Solomon, the truth discovered will surpass the legend.

From John: A ministry I have become familiar with in the past couple of years that welcomes doubters and their questions as precious gifts is called Alpha. During the pandemic (when we had to do them on Zoom) I helped with launching the first Alpha courses at the church I attend and our church is still hosting them in person and now off-site in the community with great success. If you are in the DFW area, check out my church’s Alpha and if not, find one near you to attend and invite your doubtful friends to attend with you.

Divine Hours Prayer: The Greeting
I will confess you among the peoples, O Lord; I will sing praises to you among the nations.
For your loving-kindness is greater than the heavens, and your faithfulness reaches to the clouds. — Psalm 108-3-4

*We have diverted into 1 Kings and Ephesians for this week. Devotionals on our daily readings will continue next week.

Read more about Solomon’s Folly
None of us are Solomon but…Any of us can apply a God-given skill, like wisdom, in a foolish and sinful way.

Read more about God of the Weak and Doubtful
You who doubt… He calls. He loves. He holds out his hand, and trusts the gospel, to all of us doubters. 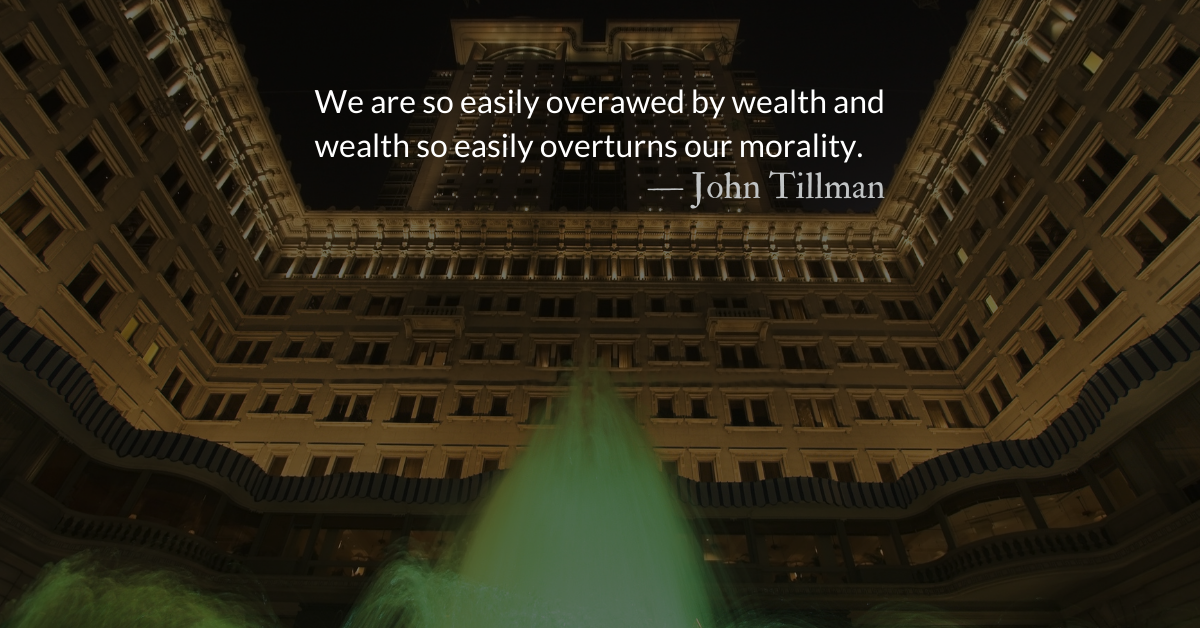 Scripture Focus: 1 Kings 10.6-9
6 She said to the king, “The report I heard in my own country about your achievements and your wisdom is true. 7 But I did not believe these things until I came and saw with my own eyes. Indeed, not even half was told me; in wisdom and wealth you have far exceeded the report I heard. 8 How happy your people must be! How happy your officials, who continually stand before you and hear your wisdom! 9 Praise be to the Lord your God, who has delighted in you and placed you on the throne of Israel. Because of the Lord’s eternal love for Israel, he has made you king to maintain justice and righteousness.”

“They would ask me to advise them like a Solomon the Wise
“If you please, Reb Tevye…”
“Pardon me, Reb Tevye…”
Posing problems that would cross a rabbi’s eyes!
And it won’t make one bit of difference if I answer right or wrong
When you’re rich, they think you really know!” — Tevye, “If I Were a Rich Man”, Fiddler on the Roof.

God promised Solomon wisdom and wealth and power and God delivered. Because of this, I don’t mean to imply Solomon wasn’t wise, however, he used his wisdom foolishly.

Solomon was, perhaps, the world’s first and most successful “influencer.” He became more famous and more wealthy by being famous and wealthy. People shared about his wisdom. Others came to see it and gave massively expensive gifts. The queen of Sheba, wealthy beyond the dreams of any billionaire, is described as being “overwhelmed” by Solomon’s wealth. Does anything impress wealthy people like wealth?

Nothing impresses God like righteousness. Scripture, including words of Jesus warn: wealth often short-circuits righteousness. (Deuteronomy 8.13-14; Matthew 6.20-24) We see this play out in Solomon.

Was anyone richer than Solomon? Perhaps no one, but definitely no king of Israel or Judah. Think for a moment—why did the richest king in the world use slave labor?

Rather than set a new example for the nations of justice and freedom, Solomon remade Israel in Pharaoh’s image instead of Yaweh’s, returning the people God freed to slavery once again.

Economically and politically advantageous marriages corrupted not only the covenant of marriage but Solomon’s worship of Yaweh. Idol worship became commonplace.

We are so easily overawed by wealth and wealth so easily overturns our morality. None of us are Solomon but we can all fall for Solomon’s folly. Any of us can become wealthy enough that our perspective is twisted. Any of us can apply a God-given skill, like wisdom, in a foolish and sinful way.

God’s gifts are less important than how we use them. God has chosen us as his royal ambassadors on earth, for the purposes of righteousness and justice. We should judge ourselves and others not by how much wisdom or wealth we have but by how closely we live out God’s purposes of justice and righteousness.

Divine Hours Prayer: The Refrain for the Morning Lessons
Behold, God is my helper; it is the Lord who sustains my life. — Psalm 54.4

Read more about Paul’s Example of Thankfulness
Who has been used by God to help you in your walk with Christ?

Read more about Better Temples
May we be a better Temple, shining the light of truth that exposes sin but also celebrating and proclaiming forgiveness for all. 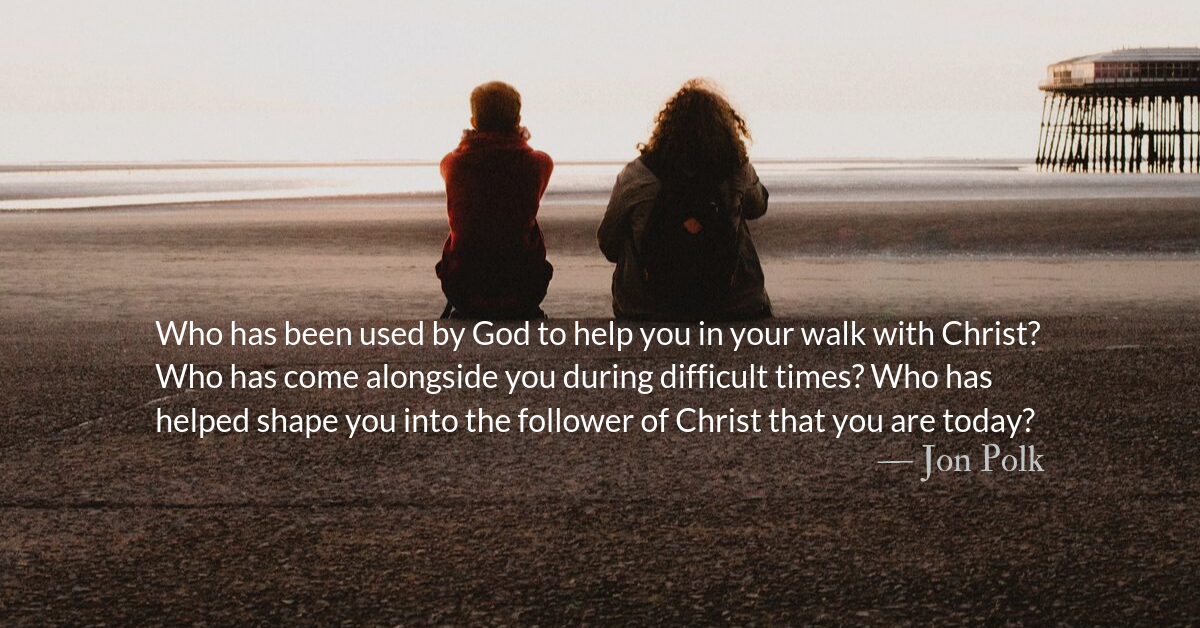 I thank my God every time I remember you. In all my prayers for all of you, I always pray with joy because of your partnership in the gospel from the first day until now…And this is my prayer: that your love may abound more and more in knowledge and depth of insight, so that you may be able to discern what is best and may be pure and blameless for the day of Christ…

Who has been used by God to help you in your walk with Christ? Who has come alongside you during difficult times? Who has helped shape you into the follower of Christ that you are today?

In his letters, Paul frequently gives thanks for other Christians that have been important in his life and he has good reasons to have fond feelings for the church in Philippi.

There, Paul met Lydia and a group of “God-fearing” women praying down by a river. Lydia and her household responded immediately to the Gospel message and she invited Paul to stay in her home. The fledgling Philippian church started by meeting in her house.

There, Paul was imprisoned after incurring the wrath of a slave owner. While he was praying and singing hymns, an earthquake broke open the prison doors! Because Paul chose not to escape, the jailer and his household came to faith.

There, Paul would return to minister at least three times following his initial visit. The church in Philippi began to financially support his traveling ministry. Their support was so significant that Paul would brag about them in a letter to another church.

So it is no surprise that Paul writes about them, “I thank my God every time I remember you.” How many people in your life can you say that about, that you thank God for them every time you think of them? Not only does Paul thank God for them, he also prays for them on a regular and frequent basis.

So why don’t you take a moment now to thank God for significant people in your life. But don’t stop there. Like Paul did, send them a note letting them know how much you appreciate them. Surprise someone with encouragement today. You’ll be glad you did. And so will they.

Divine Hours Prayer: The Greeting
The Lord lives! Blessed is my Rock! Exalted is the God of my salvation!
Therefore will I extol you among the nations, O Lord, and sing praises to your Name.

Read more about Paul’s Anti-Anti-Intellectualism
Paul’s intent was that developing faith should not be dependent on the eloquence of a speaker or the artfulness of argumentative tactics.

Read more about Paul’s First Sermon
Paul’s sermon is in response to a call for exhortation. The word Luke uses, paráklēsis, can imply an entreaty for help and is often translated as “comfort”