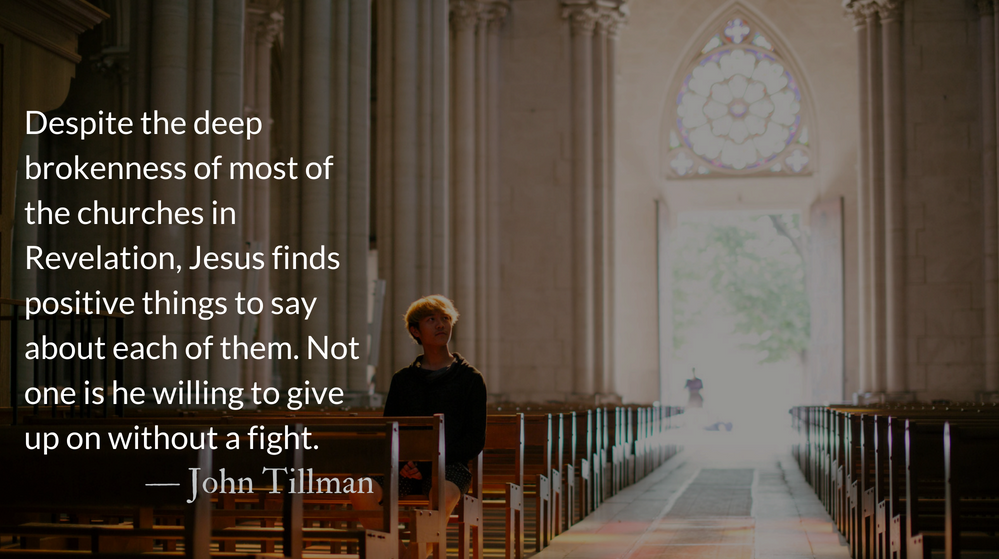 The Worst Churches in the Bible :: Readers’ Choice

Selected by reader, Heather Trowell
The seven churches in Revelation are a puzzle: God almost seems to damn them with faint praise. This reflection was an encouragement that God is loyal to His Church and is at work making her spotless and blameless.

Originally posted on May 31, 2018 with readings from Isaiah 32 and Revelation 2.

Whoever has ears, let them hear what the Spirit says to the churches… — Revelation 2.7

Reflection: The Worst Churches in the Bible :: Readers’ Choice
By John Tillman

There are many strange and unfamiliar images in Revelation that we have no context for and do not easily understand. But one that has a very familiar ring is the description of scandal-filled churches.

In many recent articles, such as The Fall of the Village, by Jake Meador and The Wrath of God Poured Out, by Albert Mohler, Christian writers have been agonizing over recent revelations of sins from the past as well as current scandals.

In an article on moral failings, Ed Stetzer noted that of the leaders who spoke with him at a conference in 2010, half had stepped down for some kind of moral failing.

At a time when Evangelicals have changed their minds about whether leadership requires a moral private life (they no longer think it does) most still say a church leader’s private life should be morally upright. And Christians all over are justifiably upset both at the sins that had been covered up (or ignored) and the attrition of leaders and churches falling to scandal.

For those who picture themselves in the role of prophet, this can seem like a cause for celebration.

Down with the hypocrites. Down with the failures. Let rise the greater and wiser leaders of a more humble and sacrificial church. But this is just new idolatry to replace the old.

It is notable that the first things revealed to John in the book of Revelation are not heavenly wonders, but earthly sins. But the more shocking revelation is that Jesus loves and cares for sinful and dysfunctional churches and their leaders.

Despite the deep brokenness of most of the churches in Revelation, Jesus finds positive things to say about each of them. Not one is he willing to give up on without a fight.

He does not merely threaten them with punishment, but gives them a purpose, a path to redemption, and a reward for obedience.

Make no mistake. The redemption described is primarily for the church as a whole. Individual redemption from sin, does not require a restoration of position, power, or influence. Those individuals who have harmed others should not be back in the pulpit.

But if Christ can speak lovingly and redemptively of churches as corrupt as these, why can’t we?

When defending people from harm, may we intercede with the strength of Christ and his sword of truth.
But may we also not shirk from Christ’s call to reach out in redemption to even that most vile of sinners, the fallen leader.

Prayer: The Greeting
The words of the Lord are pure words, like silver refined from ore and purified seven times in fire. — Psalm 12.6

Additional Reading
Read More about How to Read Prophetic Judgment
Judgment-filled prophecy is one case in scripture where it is safer to assume it’s about you than others.

Read More about Where Judgment Falls
Among non-believers and those leaving the church, some common reasons are corrupt, abusive, or just plain bad leadership.

Readers’ Choice
We have a handful of spots left for your favorite posts of the year. Submit a Readers Choice post. Tell us about a post and what it meant to you.