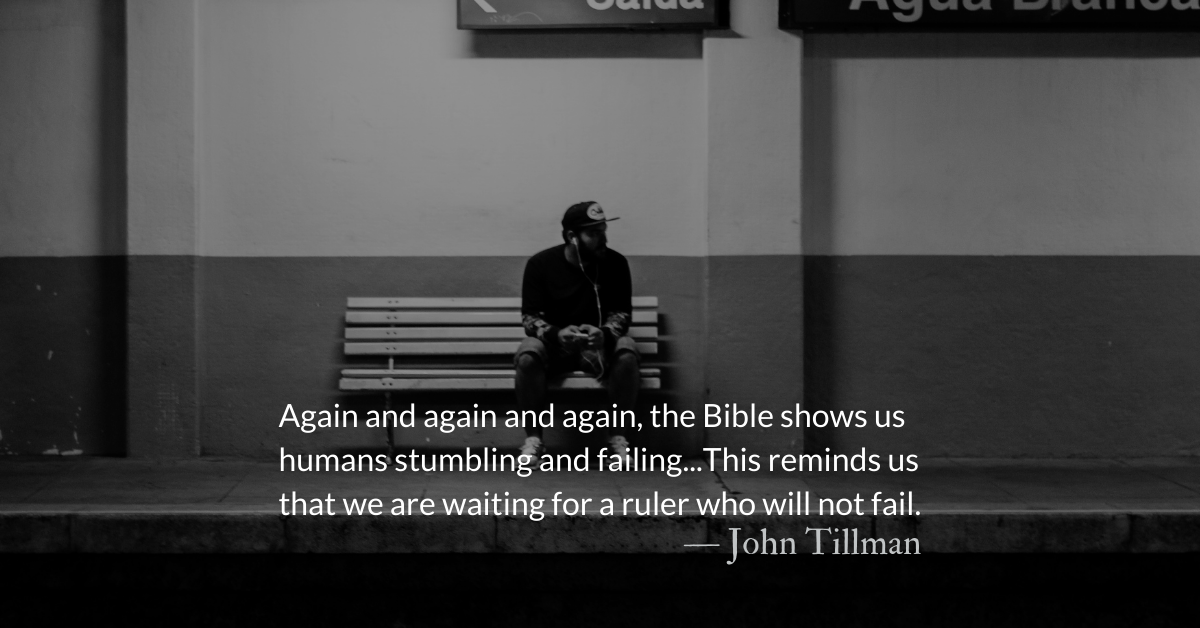 Scripture Focus: 1 Chronicles 5.24-26
…They were brave warriors, famous men, and heads of their families. 25 But they were unfaithful to the God of their ancestors and prostituted themselves to the gods of the peoples of the land, whom God had destroyed before them. 26 So the God of Israel stirred up the spirit of Pul king of Assyria (that is, Tiglath-Pileser king of Assyria), who took the Reubenites, the Gadites and the half-tribe of Manasseh into exile…

Reflection: Why Chronicles?
By John Tillman

Chronicles is often viewed as a repeat of Samuel and Kings but its purpose and construction are quite different.

Chronicles opens with the most complete genealogical record in the Bible. We find ourselves in the midst of a tangled web of interconnected families, tribes, and nations. Chronicles’ genealogy accomplishes more than simply reciting some names of relatives. Starting with Adam it connects the thread of God’s plan from ages past. It shows the hand of God correcting, guiding, and moving through his chosen instruments—humans.

It may seem from our perspective that Chronicles is whitewashed, omitting certain sins and failings and emphasizing victories and accomplishments. But the readers and writers of these accounts already had the books we call Samuel and Kings. They already read the condemnations and lived the fulfilments of the prophecies of Isaiah, Jeremiah, Hosea, and others. They were the descendants of the failed leadership of Israel and Judah. They had no illusions about how they came to be living in exile.

The Chronicler wasn’t fooling anyone by leaving out certain events. That was not the point. The Chronicle’s purpose was theological, not historical. This rebuilt history was written by descendants of those who returned and rebuilt Jerusalem. It only makes sense that they’d create a record that started at the beginning.

The Chronicler traces God’s promises carefully, like a thread, through the chaos of interfamilial and international conflicts. Again and again and again, the Bible shows us humans stumbling and failing to carry out God’s work of righteousness in the world. This reminds us that we are also waiting for a ruler who will not fail.

We need both Chronicles and Kings in our lives. Kings reminds us of the depravity and sin that is present in all human leaders and governments. It reminds us that chariots are not to be trusted in and horses cannot deliver victory. (Psalm 20.7)

Chronicles, as a whole, testifies that it is God who carries forth good purposes, even through wicked men and wicked nations. Chronicles reminds us that we stand amidst the fiery “chariots and horses of Israel” (2 Kings 2.11-12; 6.16-17; Psalm 68.17) and that the greatest victory is delivered to us by Jesus, the prince of peace who arrives on a donkey.

Our history, our sins, our mistakes, cannot be deleted but our story going forward can be rewritten. We can be incorporated into the greater story of God.

Divine Hours Prayer: A Reading
Jesus taught us, saying: “It is easier for heaven and earth to disappear than for one little stroke to drop out of the Law.” — Luke 16.17

Read more about The Hero We Need Isn’t Jehu
Jehu wasn’t the hero Israel needed. He’s not the one we need either.

Read more about Compelled Toward Community
Let us not neglect our responsibility to love, care for, and encourage one another in the body of Christ called the Church.