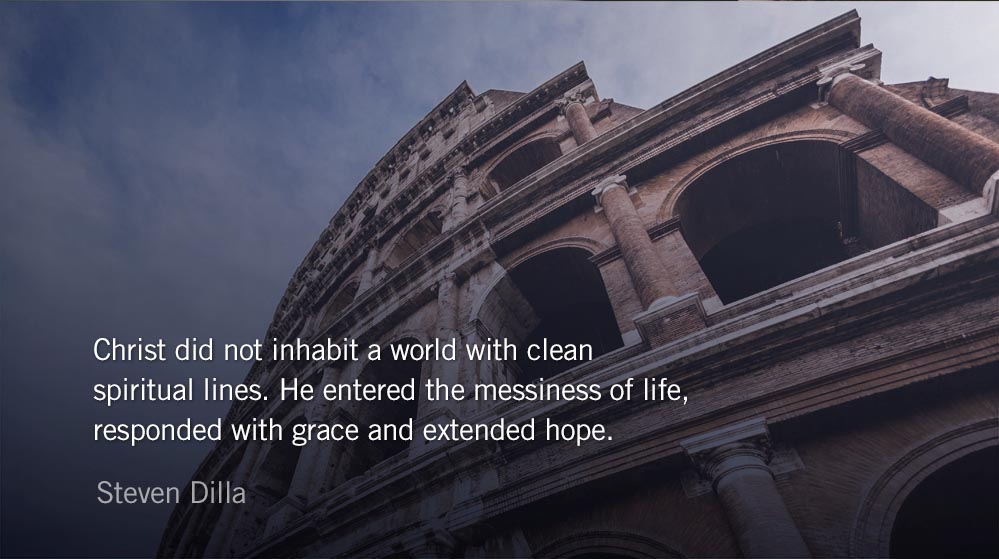 It is the “Fifth Gospel” Ernest Renan said of the Galilean landscape, “torn, but still legible.” The 19th-century explorer, philosopher, and theologian looked to archeology to give “form” and “solidity” to Scripture’s account of Jesus’ life and world.

In some ways the archeological account is “torn” because researchers have not found what we know to expect. In Unearthing the World of Jesus Ariel Sabar reports, “The Gospels say that Jesus taught and ‘proclaimed the good news’ in synagogues ‘throughout all Galilee.’ But despite decades of digging in the towns Jesus visited, no early first-century synagogue had ever been found.”

It wasn’t until 2009, along the shoreline of the Sea of Galilee, that the historical account became more legible: an archaeologist’s pick jolted into a wall from a first-century synagogue. To be fair, unearthing a full synagogue that Jesus may have visited was the crescendo of decades of work. “There’s no denying it” Sabar wrote of the discovery:

They’d found a synagogue from the time of Jesus, in the hometown of Mary Magdalene. Though big enough for just 200 people, it was, for its time and place, opulent. It had a mosaic floor; frescoes in pleasing geometries of red, yellow and blue; separate chambers for public Torah readings, private study and storage of the scrolls; a bowl outside for the ritual washing of hands.

The first-century world is coming into greater focus through discoveries like these. Galilee-born archaeologist Rami Arav has been leading digs for the past 28 years—his finds are significant for the world of faith. Sabar summarizes some of what his team discovered:

[Arav] and his colleague have uncovered a fisherman’s house used in Jesus’s day, a winemaker’s quarters from a century earlier and a city gate from Old Testament times, …a full-blown residential district, a marketplace, a fishing harbor, four Jewish ritual baths, and unusual plastered basins where residents appear to have salt-cured fish for export.

What can we learn from this today? Frankly, that the world Jesus lived in was pluralistic. Though we read what spiritual people were supposed to do in Jesus’ time, archeology reveals what they actually did—and the pressures they faced on a daily basis. One of the buildings uncovered, not far from the synagogue, was likely used for pagan worship.

“It’s ultimate chutzpah,” quips Richard Freund of the University of Hartford. The presence of a pagan temple in a Jewish town would have redefined daily life—possibly even explain Jesus’ condemnation of the town. Freund reflects:

It cannot but affect your spiritual life to every day go out and do your fishing, come home and try to live as a Jew, eat your kosher food, pray inside your courtyard house and then at the same time you’re seeing these plumes of smoke rising from the temple of Julia, and you’re saying, “Who are we? Who are we?”

Christ did not inhabit a world with clean spiritual lines—he entered the messiness of life, responded with grace and extended hope. It was along these same dusty shores of Galilee that he extended his calling: follow me. Give up all the pursuits this world offers—they aren’t pathways to success—follow me.

As for the continuing archeological work to understand Jesus’ world, Sabar points out, “Each layer of dirt, or stratum, is like a new page, and with much of Galilee still un-excavated, many chapters of this Fifth Gospel remain unread.”