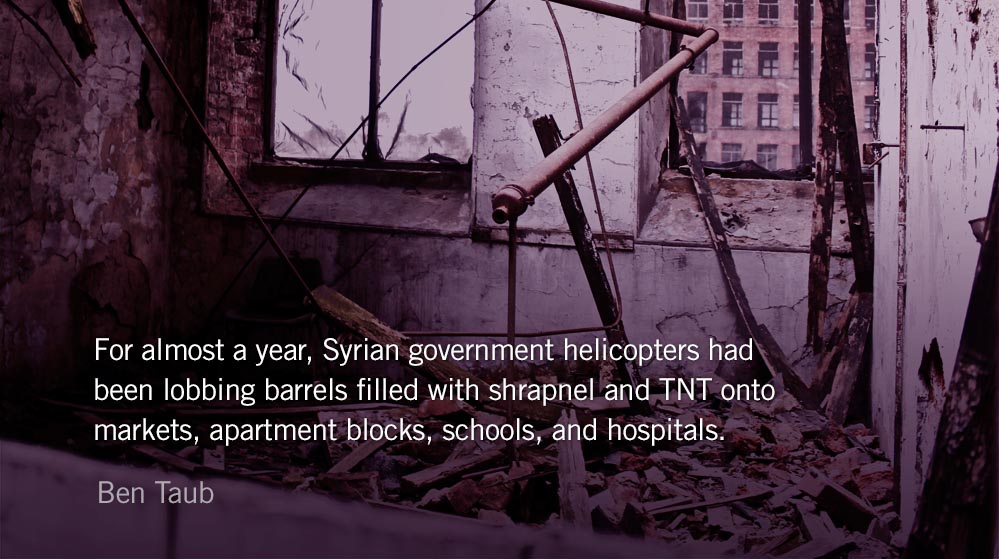 When the World Needs Us to Look :: Weekend Reading List

I spent the first five years of my professional life as a paramedic in the critical care, neonatal transport, and 911 systems of Dallas and Fort Worth, TX. I’ve been around gunfire three times; once my partner and I were shot at, the other two times we were simply far too close when shots were fired on others. Although both warrant immediate action, if I’m honest I’ll admit I generally prefer shot-near to shot-at.

I’ll never forget the first time my tactical boot stepped in a deep enough puddle of blood that it rippled as I walked toward my patient. I’ll never forget carrying the lifeless bodies of children toward the ambulance while their parents chased after us, praying and hoping we could help.

Our culture is designed to insulate us from the realities medical professionals face each day—even more from the stories of those who give their lives to serve the marginalized through organizations like Doctors Without Borders.

The barrier was broken this past week by Ben Taub’s haunting New Yorker article, The Shadow Doctors. As I read Taub’s account of the small group of doctors serving and suffering in Syria, I found myself wanting to look away. Then I realized this impulse—to return to my comfortable life—is among the greatest tragedies of the modern world: instead of facing reality, we have the option to turn away. Taub writes:

For almost a year, Syrian government helicopters had been lobbing barrels filled with shrapnel and TNT onto markets, apartment blocks, schools, and hospitals.

In the aftermath of a barrel-bomb attack, [Dr. David Nott] said, “as you walked down the stairs to the emergency department, you just heard screams.” Barrel bombs blow up entire buildings, filling the air with concrete dust; many people who survive the initial explosion die of suffocation minutes later. Every day, patients arrived at the hospital so mangled and coated in debris that “you wouldn’t know whether you were looking at the front or the back, whether they were alive or dead,”

When barrel bombs fall on homes, they often send entire families to the ward. One day, five siblings arrived. Unable to treat any of them, Nott started filming the scene, so that he would have proof, he said, of “how terrible it was.” A baby with no feet let out a stifled cry, then died. An older brother lay silently nearby, his guts coming out. In the next room, a toddler with blood on his face shouted the name of his dying brother.

Two medical workers carried in the fourth brother, who was about three years old. His pelvis was missing, and his face and chest were gray with concrete dust. He opened his eyes and looked around the room, blinking, without making a noise.

The boy was dying. There was no treatment; he had lost too much blood, and his lungs had filled with concrete particles. Nott held his hand for four agonizing minutes. “All you can do is just comfort them,” he told me. I asked him what that entailed, since [the hospital] had exhausted its supply of morphine. He began to cry, and said, “All you can hope is that they die quickly.”

Dr. Nott has trained a team of medical professionals to serve in a network of underground hospitals. They are so effective the Syrian government has started to target them for assassination.

Shots have been fired at our global brothers and sisters, and their lives are near enough to ours that it should move us to action. The global refugee crisis is a massive problem—yet it is not beyond the sufficiency of Christ’s work of restoration in and through his Church.

Refugees and immigrants need our prayers and action on their behalf. Organizations serving in this crisis need our support. Government officials working toward justice need to hear our voices speaking out for the fatherless and the marginalized. The blood of innocent children will ripple as we move toward those that need our help the most—but we cannot look away.