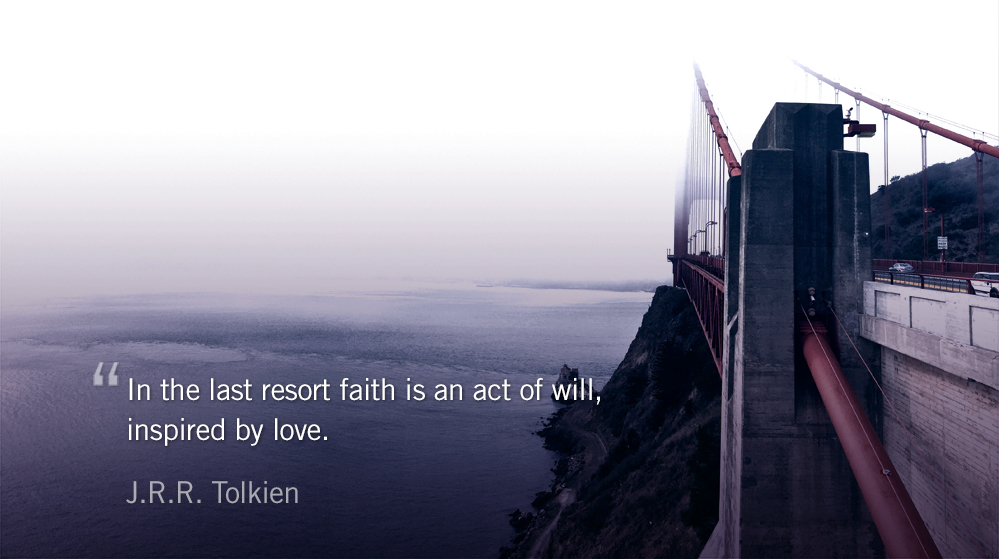 I think I am as sensitive as you (or any other Christian) to the ‘scandals’, both of clergy and laity. I have suffered grievously in my life from stupid, tired, dimmed, and even bad priests; but I now know enough about myself to be aware that I should not leave the Church (which for me would mean leaving the allegiance of Our Lord) for any such reasons.

For myself, I find I become less cynical rather than more—remembering my own sins and follies; and realize that men’s hearts are not often as bad as their acts, and very seldom as bad as their words.

In the last resort faith is an act of will, inspired by love. Our love may be chilled and our will eroded by the spectacle of the shortcomings, folly, and even sins of the Church and its ministers, but I do not think that one who has once had faith goes back over the line for these reasons (least of all anyone with any historical knowledge).

If He is a fraud and the Gospels fraudulent—that is, garbled accounts of a demented megalomaniac (which is the only alternative)—then of course the spectacle exhibited by the Church (in the sense of clergy) in history and today is simply evidence of a gigantic fraud.

If not, however, then this spectacle is only what was to be expected: it began before the first Easter, and it does not affect faith at all—except that we may and should be deeply grieved. But we should grieve on our Lord’s behalf and for Him, associating ourselves with the scandalizers not with the saints, not crying out that we cannot ‘take’ Judas Iscariot, or even the absurd and cowardly Simon Peter, or the silly women like James’ mother, trying to push her sons.