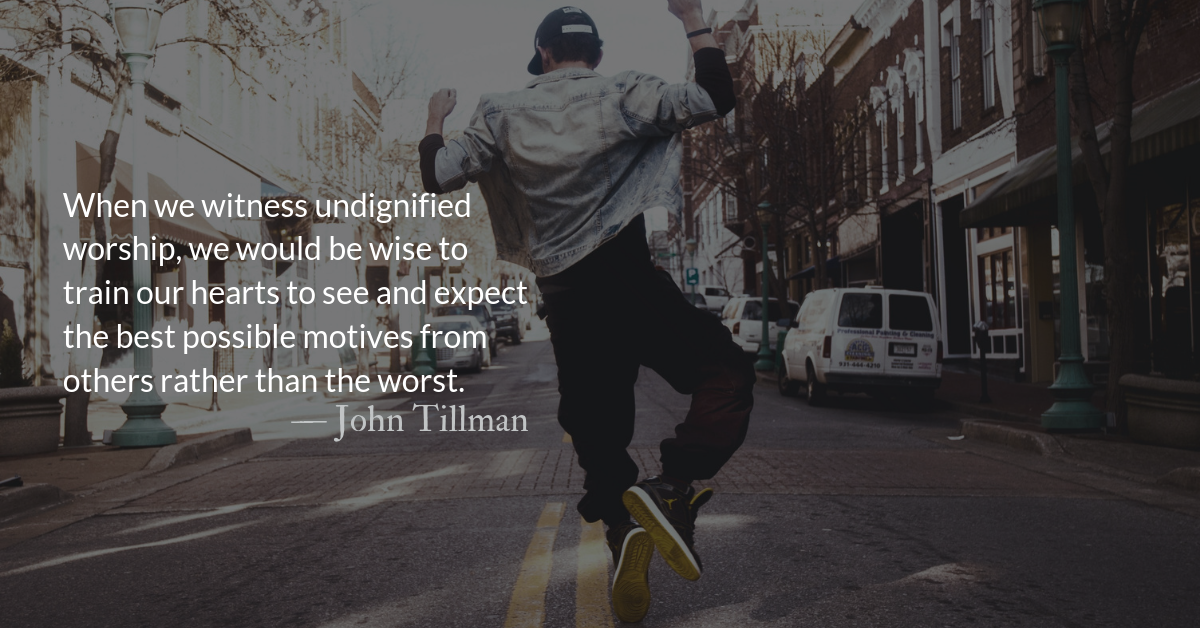 Scripture Focus: 1 Samuel 6.21-22
I will celebrate before the Lord. I will become even more undignified than this, and I will be humiliated in my own eyes.

“As long as you notice, and have to count the steps, you are not yet dancing but only learning to dance.” — C.S. Lewis

There are places in the Bible in which we see people rightly critique the worship practices of others. In our recent readings of 1 Corinthians, Paul critiqued the way the Corinthians exuberance and lack of discipline or order was harming church members rather than helping them.

But there are other, less pure and less nobly intended worship critiques. Two, which bear similarities to each other, are of the weeping of Hannah and the dancing of David.

Whenever we begin to feel our spirit desire to critique a fellow worshiper for their response to the presence of God, we need to pause and investigate our hearts, motives, and prejudices. Otherwise, we may follow in the path of Eli and in the path of Michal.

Hannah carried the weight of her grief to God’s presence and broke open her heart with shameless weeping. She was so physically incapacitated by her grief that Eli falsely accused her of drunkenness.

David was lifted by the wings of gratefulness and joy in God’s presence and broke into shameless, exuberant dancing. He was so physically swept up in celebration that Mical falsely accused him of lustfully showing off to attract the attention of younger women.

David’s audience was not in the crowd of other worshipers. His joy was given to the Lord in humility.
Hannah was not drowning her sorrows in alcohol, but draining them into the palms of a waiting and loving God who heard her cries.

When we witness undignified worship, we would be wise to train our hearts to see and expect the best possible motives from others rather than the worst.

Scripture tells us that Mical had no children following her condemnation of David. But it is silent as to the cause.

Scripture does tell us that Eli, after his initial error heard Hannah’s prayer and prayed for her. This made Eli able to take part in the fruit of this blessing as he trained and raised Hannah’s son, Samuel—a redemption for his failed effort to raise his own sons.

May we not be barren critics of others’ exuberance or sorrow. May we, instead, learn from our prejudices how to pray with others.
May we be so undignified as to worship God, uncaring of what others might think.

Divine Hours Prayer: The Refrain for the Morning Lessons
For one day in your courts is better than a thousand in my own room, and to stand at the threshold of the house of my God than to dwell in the tents of the wicked. — Psalm 84.9

Read more about Room For Hannah
At times, we do a better job of accepting the exuberant dancing of King David than the distraught expressions of Hannah.

Read more about Prayers of Woe and Weeping
If prayer is relationship then when God weeps, we should join. What friend would weep, whom we would not join in weeping?