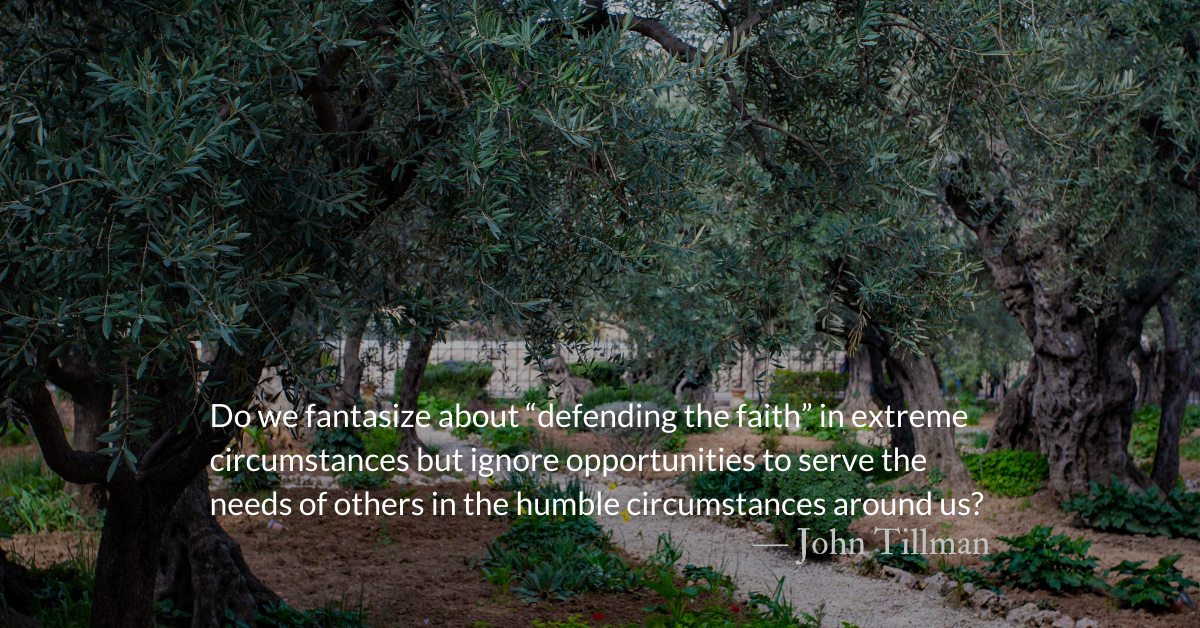 The Flavors of Betrayal

Scripture Focus: Matthew 27.3, 5
When Judas, who had betrayed him, saw that Jesus was condemned, he was seized with remorse and returned the thirty pieces of silver to the chief priests and the elders…Judas threw the money into the temple and left. Then he went away and hanged himself.

Reflection: The Flavors of Betrayal
By John Tillman

Thursday of Holy Week includes many events. One that stands out sharply from the others is betrayal.

Judas most directly betrayed Jesus, but Peter was the one who most strenuously promised Jesus to go to death with him. It is Peter’s outsized boasts of loyalty that make his betrayal of these oaths sting so badly. The other disciples cosigned Peter’s oaths, assuring that they too would die with Jesus. But in the garden, all their promises turn to dust and tears.

Each of the disciples made the same wrong assumption as Peter and Judas. They assumed there would be a fight. Judas seems to have assumed Jesus would put up a legal fight and perhaps assumed he would perform the miracles needed to win over the religious leaders. Peter and other disciples assumed that Jesus would put up a physical fight, first with the Temple Guards and then with the oppressive Roman empire.

All the disciples came to the same conclusion. Fight and die? Acceptable. Submit to arrest and torture? Unacceptable. They were willing to kill for Jesus, gaining glory through either victory or noble defeat, but were unwilling to give their lives voluntarily in sacrificial humility.

Most ran away. Scared. Hiding. They were not to be heard from again until the resurrection. Notably, the only disciples who don’t flee and are found at the cross are the female disciples and John. Judas commits suicide after the legal case is lost and Peter flees into the night after his humiliation in the courtyard of the high priest.

Where do we find ourselves in the garden? What form does our betrayal and abandonment of Jesus take?

Divine Hours Prayer: The Refrain for the Morning Lessons
Do not let your hearts be troubled. You trust in God, trust also in me. — John 14.1

Read more about The Path of the Betrayer
We prefer others be forced to subject themselves to our weaknesses and sins—to accept us the way we are.

Read more about Learning from Judas
The great value of viewing Jesus Christ Superstar as a Christian is not to condemn Judas, but to see how like him we are.

(The 2018 live broadcast of Jesus Christ Superstar will be rebroadcast on Easter Sunday evening. I highly recommend watching it, but keep this devotional in mind as you do.)