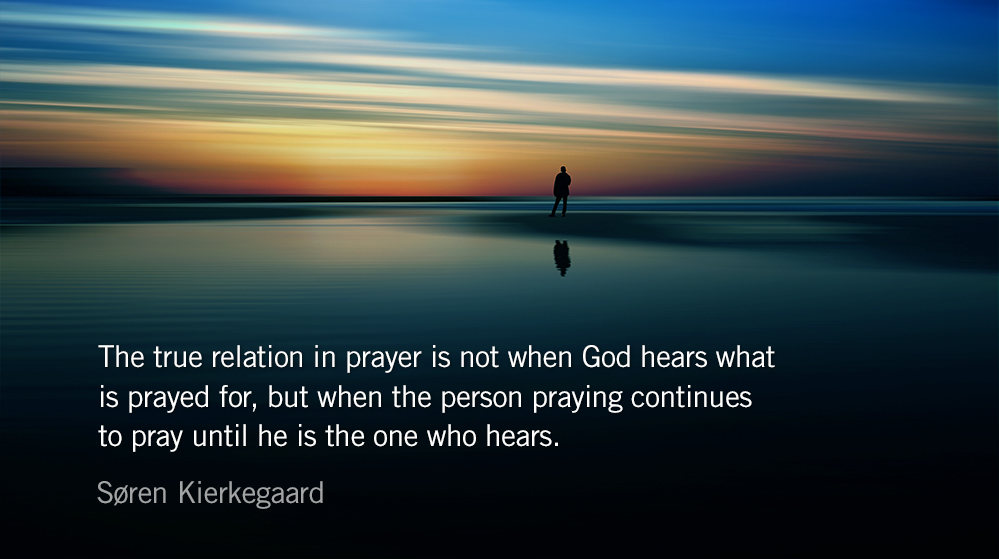 The Edge of Emptiness :: Readers’ Choice

So often we go to prayer with our shopping list and forget that God isn’t Walmart but Creator and Sovereign Lord. Trust is hard, but so worth the sacrifice.  — Sam

Readers’ Choice (Originally published January 18, 2017)
The higher goal of spiritual living is not to amass a wealth of information, but to face sacred moments.

Then [Abraham] said, “Oh let not the Lord be angry, and I will speak again but this once. Suppose ten are found there.” [The Lord] answered, “For the sake of ten I will not destroy it.”

Reflection: The Edge of Emptiness
The Park Forum

Abraham was a Father of the faith whose prayer for Sodom was overruled. Zechariah a priest who was ignored by God for the overwhelming majority of his career (only when he was an old man did God invite him into his presence). Even Jesus—the Son of God himself—did not receive what he earnestly begged for in prayer.

To be holy, it would seem, is something significant, but it is not to live a life of uninterrupted answers to prayer.

Typically at this point, when writing about prayer, you switch gears and redefine the nature of how we are to understand prayer. Kierkegaard once explained:

The earthly minded person thinks and imagines that when he prays, the important thing, the thing he must concentrate upon, is that God should hear what he is praying for. And yet in the true, eternal sense it is just the reverse: the true relation in prayer is not when God hears what is prayed for, but when the person praying continues to pray until he is the one who hears, who hears what God is asking for.

But changing the definition of prayer may let us off the hook too easily. There is a deeper step that we are afraid to speak of.

“Prayer begins at the edge of emptiness,” observes rabbi Abraham Joshua Heschel. Perhaps this is really why it is so difficult for the modern mind to find itself captivated in prayer—the cost of entry is our greatest fear.

Emptiness in a relationship only comes through trust. Emptiness forfeits its perceived future in order to discover a new reality in relationship. Emptiness never results in greater status, in admiration or accolade. But, while emptiness is the first step, it is not the end goal.

Abraham, Zechariah, and Christ were all filled with something greater than what they had before. Their unanswered prayers were not the end, but the beginning.

The Small Verse
My soul thirsts for the strong, living God and all that is within me cries out to him.